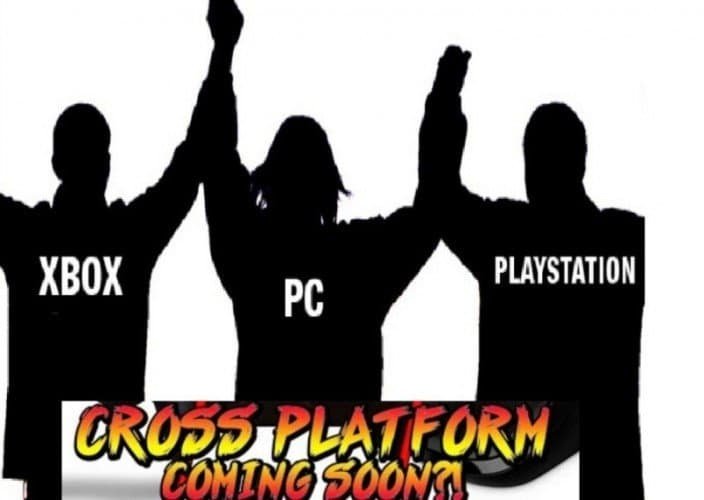 In a genius move, Microsoft officially announced Xbox Live cross-network play support, in addition to natively supporting cross-platform play between Xbox One and Windows 10 games that use Xbox Live.

Kicking off the Game Developers Conference, Microsoft confirmed that it has cleared the roadblocks on its side.

Developers can now allow online play across networks, including other consoles.

It’s something that has been a long time coming. The wall that divides players who own the same game by the same developer, from playing each other, just because they’re on different networks, is now down.

“This means players on Xbox One and Windows 10 using Xbox Live will now be able to play with players on different online multiplayer networks – including other console and PC networks,” said an Xbox official.

Microsoft said this is an “open invitation for other networks to participate as well.” This is clearly a hint that Sony could support this cross-network feature, making it possible for gamers to play with their friends on any device they choose.

What Microsoft Cross-Network Means for Gamers

Console players have long dreamed of hooking up online with friends on other systems, no matter which box they used – this is all set to become a reality.

If you’re a die-hard Xbox Live player and a fierce advocate of your hardware, you have nothing to worry about, as you will continue to have the option to play only with other Xbox Live players.

Psyonix’s Rocket League, just launched on Xbox One after enjoying success on PlayStation 4, will be one of the first titles to support such cross-network play.

Sony Speaks on the “Cross-Network” Feature

Of course, now it’s left to the game developers to support this feature. If Microsoft brings to fruition the dream of Xbox and PlayStation consoles living in network harmony, bringing down the wall that separates gamers from their friends, it will be a hailed a hero.. and rightfully so.

Having found out about Microsoft’s announcement, Adam Boyes, vice president of publisher and developer relations at Sony Computer Entertaining said, “We’re always open to stuff like that. It’s all about what the developers and publishers want to do. They get in touch with us and handle everything on a case by case basis.”

Sony still hasn’t had time to get into the finer details of how this could work.

“I think we have to analyze what the impact is going to be and how the handoff works,” he explained. “Our publishers know their business very well, so we always want to look at those opportunities.”

If Sony gives the nod for cross-network multiplayer games between PlayStation 4 and Xbox, it could be a significant milestone for the gaming industry.

Whatever comes out of this, Microsoft will still be appreciated for taking the first step and inviting rivals to get in on the fun. Going Cross-Network is a good move from Microsoft.