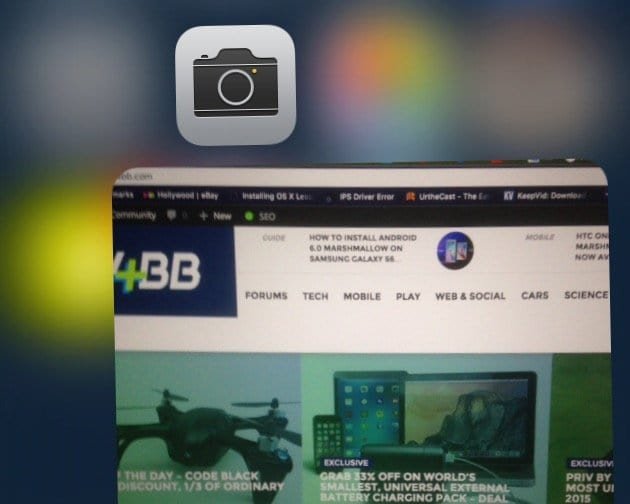 ‘iOS 9 Jailbreak’ Tweak: Use 3D Touch to Take Photos Directly From the Homescreen

You can simply use force on the Camera icon to directly take a picture right from the home-screen. Usually, when using force touch, you are presented with shortcuts. With this tweak installed, you will be shown the front or the rear camera. You can then simply drag your finger to the viewfinder and it’ll take a photo.

The tweak in question is called Point and Shoot and is available in Cydia, the jailbreak store, right now. If you haven’t jailbroken your device on iOS 9 – 9.0.2, then you can follow our how to jailbreak iOS 9 guide.

Once you’ve installed the tweak, you can head over to Settings to enable the tweak. There’s an option to choose either the front or back camera when using force touch on the camera icon. Then there’s an option to enable multiple photos, which would continue taking pictures as long as your finger is placed on the viewfinder.

The viewfinder appears right on the home screen, which makes it super easy to take pictures. Of course, you can always just use the Lock-screen shortcut to take a quick photo. But, what if you’re doing something on your home-screen and just want to quickly take a photo. This tweak can be handy.

The tweak has some built in gestures that you can use, for example, double tap on the viewfinder to change between front/back camera. You can also resize the viewfinder by dragging the edge and long press to autofocus. Flash is set to auto when you’re using this tweak.

Point and Shoot is available for free in Cydia jailbreak store. It will also work on older iPhone, iPads or iPod Touch thanks to tweaks such as RevealMenu.

What do you think of this iOS 9 jailbreak tweak? No word on the iOS 9.2 jailbreak yet, guess we’ll have to wait longer.