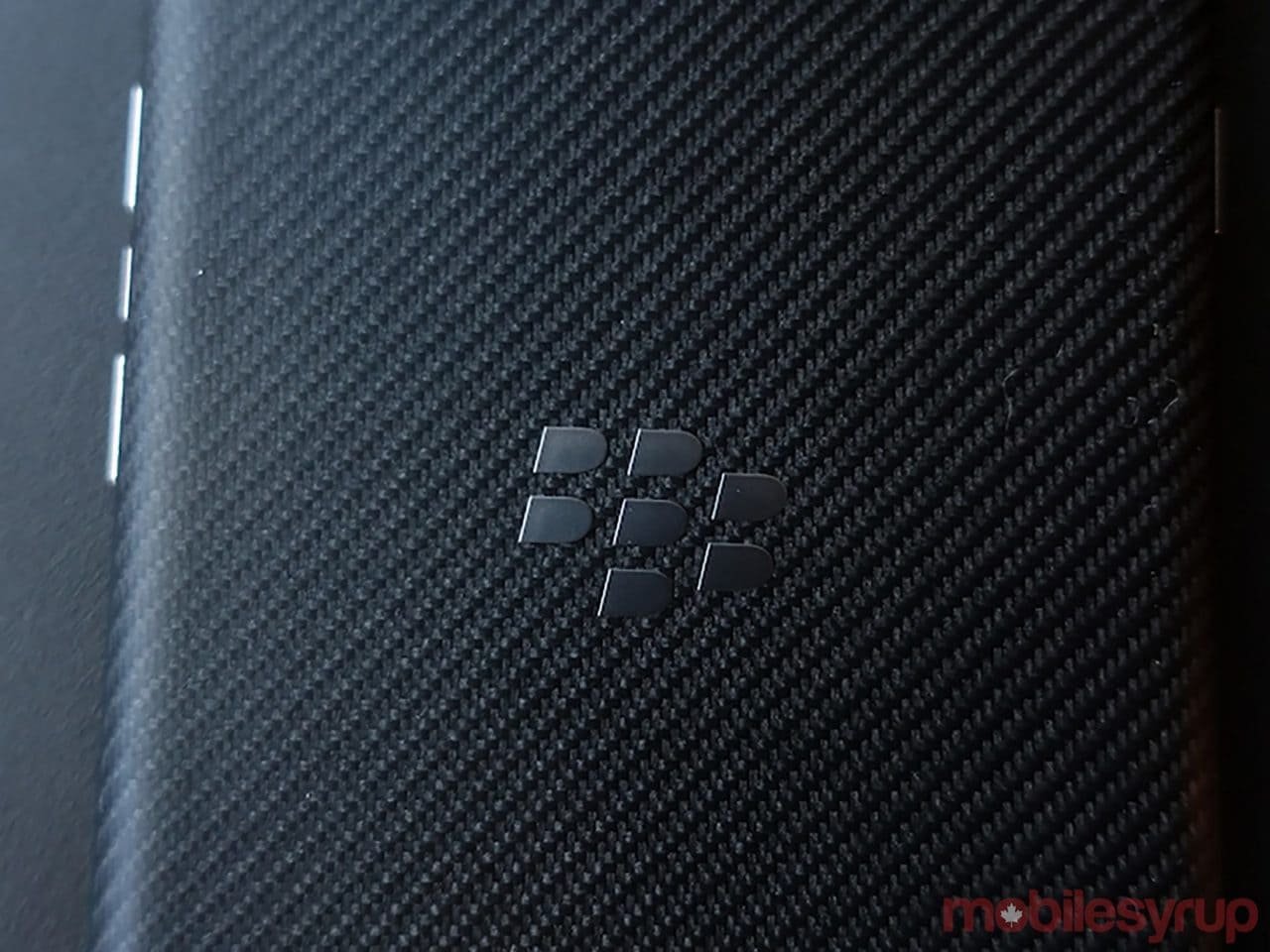 BlackBerry DTEK 70: Early Leaked Image of What This BlackBerry Beauty Could Look Like and More

DTEK 70 is gaining more ground though we have seen several reports in the press that BlackBerry is moving away from the hardware business. Recently, the company announced it would soon switch to a business model where BlackBerry phones would be designed by other manufacturers with BlackBerry providing the brand, security software and the chips.

True to this thinking perhaps, BlackBerry announced the arrival of DTEK60 recently with its QWERTY keyboard with a reference design from TCL and positioned as a flagship all-touch device running on Android.

It now appears that the company is gearing up to release another mid-range smartphone with the unique physical keyboard early in 2017. Speculation has been rife that the device is codenamed as ‘Mercury’ and images have recently surfaced showing what it could be in appearance.

The leaked images appear to sport a boardroom in the background. But it apparently matches the specs that are so far known about the upcoming DTEK 70. The major attributes of the device are speculated to be 3GB RAM 18MP rear camera, 32 GB internal storage and 4.5” HD display with an 8 MP camera in front. Further, it is also likely that the touch-enabled keyboard that was first introduced with the BB Passport and also featured on Priv, BB’s first Android Phone will be featured in the DTEK 70 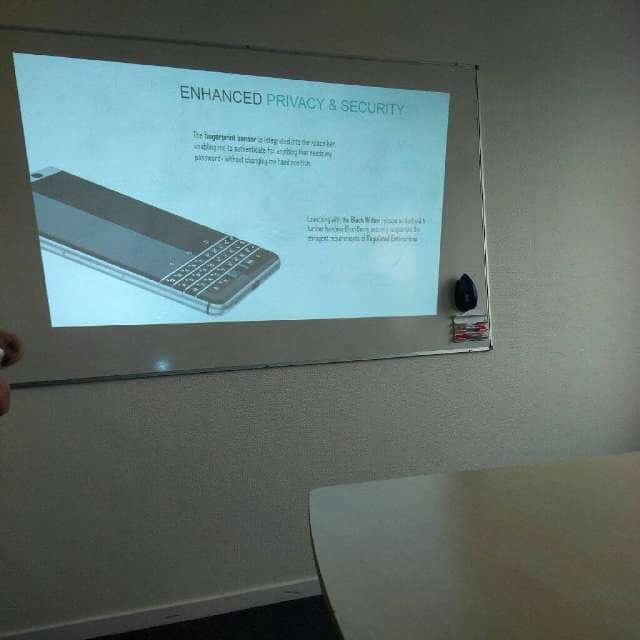 DTEK 70 may have fingerprint sensor

Leaked images also showed that the device may incorporate a fingerprint sensor as part of the spacebar adding to the convenience of the users. It also shows that BB is not giving up its unique physical keyboard. 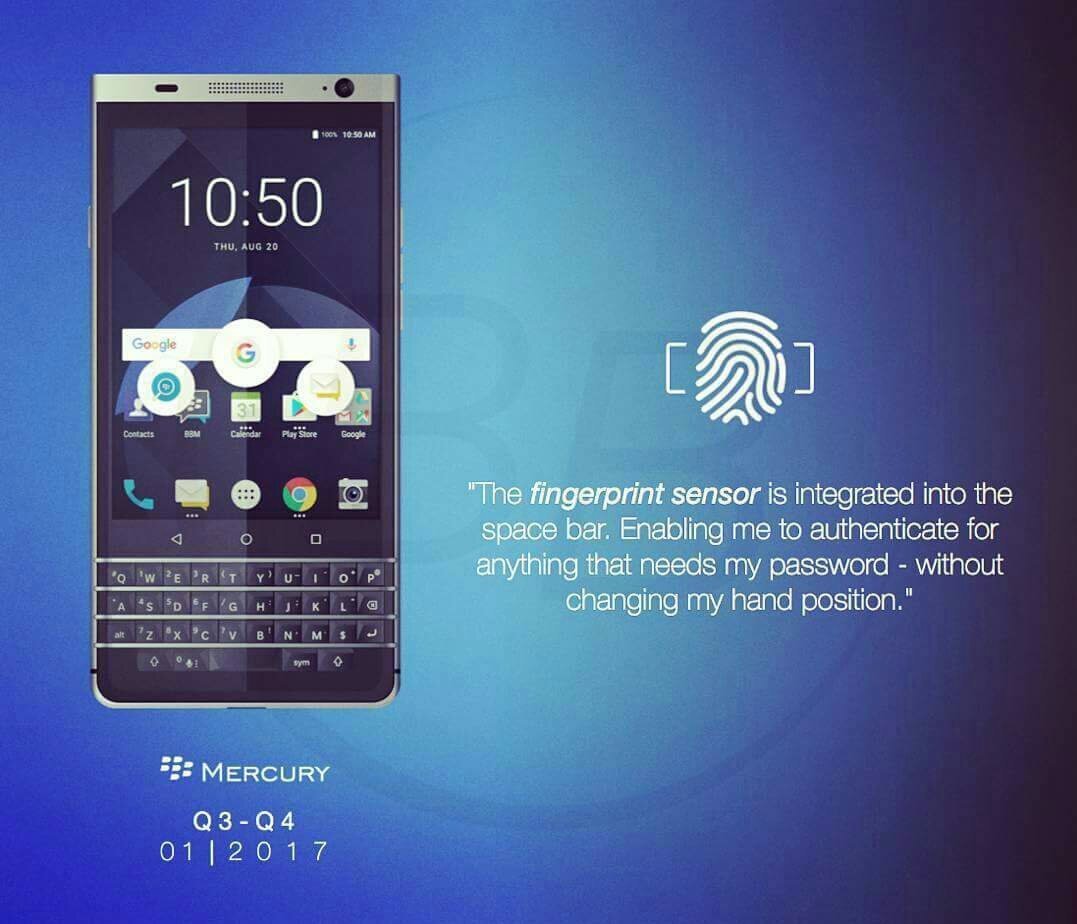 BlackBerry’s DTEK 60 missed the Android 7.0 Nougat by a whisker possibly and there are strong speculations that DTEK 70 will run on Nougat as a standard, assuming it is released in the first quarter of 2017.

On 11 November, we had discussed the possibility of BlackBerry announcing one last smartphone from its stables with the QWERTY keyboard feature. We now have an official confirmation from none other than John Chen, the CEO of BlackBerry that the company would indeed one more smartphone to the DTEK series and that could be the last product offering from the hardware division of BlackBerry. BB is already moving into enterprise software, where it has significant expertise and an established market.