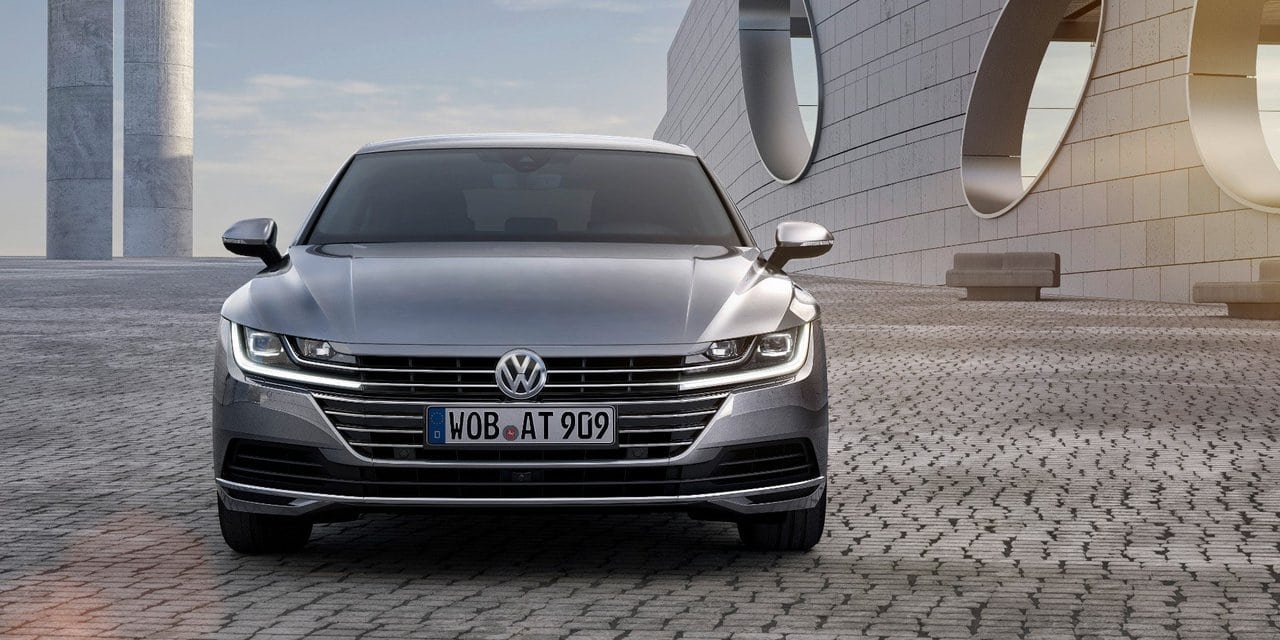 Just like the Range Rover Velar, the Volkswagen Arteon made a debut in this year’s edition of the Geneva Motor Show. With a global launch set for autumn, the Arteon is already raising eyebrows among VW enthusiasts.

The Arteon is positioned above the Passat in the company’s lineup. This is rightfully so, considering that the car will be replacing the CC coupe. Comparing the two, the Arteon is wider, longer and more stylish hence it won’t be a surprise if it comes with a higher price tag.

The face of the Arteon is unique from what you would find on the CC and the other Volkswagens. The daytime running lights on the LED headlamps merge nicely with the chrome trim on the grille. The rear comes with narrow LED taillights and a subtle spoiler that helps make the car curvier.

The doors come with frameless windows like in the CC and a top-hinged tailgate. This tailgate opens more when compared to traditional sedans, hence you have an easier time when loading the larger items. It also helps give you more cargo space when the rear seats are down.

In the wheels department, the Arteon does not disappoint with 20-inch wheels and a curvy shoulder line that runs all the way to the back of the car.

Inside the Arteon, there is the familiar long air vent close to what is found in the Passat. According to a report by Autoexpress, Volkswagen will be offering three interior themes in the Arteon. There will be black, dark gray and a mixture of both dark and light gray.

The driver gets a 12.1-inch digital cockpit that works in tandem with a heads-up display that sends key directly to the windscreen. For media control, there is a standard 6.5-inch display, but high-end models get a 9.2-inch touchscreen that comes with gesture control.

The Arteon will be released in Europe first before it makes entry into the United States. It will come with a choice of six engines hooked to either a 6 or 7 speed DSG transmission. There will be two petrol engines and three diesel engines.

The base petrol engine will be the new 1.5-liter TSI engine that produces 1.48bhp. The other two will both be 2.0-liter engines producing 187bhp and 276bhp. The more powerful one will come standard with Volkswagen’s 4Motion all-wheel drive.

When it comes to the diesels, buyers will choose from three 2.0 liter TDI engines producing 148bhp, 187bhp and 237bhp. As it is with the petrol engines, the most powerful engine will also come standard with 4Motion all-wheel drive. Those who pick the 187bhp engine will also have access to 4Motion, but as an optional feature.

Details are still very scarce about how much the Arteon will cost, but the company says that the car’s “premium appearance, it will not carry a huge price tag”. We can however bet that it will cost a bit more than the CC thanks to its more premium features.

The US release date for the Arteon is yet to be released, but in Europe it will be available later this year. The Volkswagen Arteon’s official top speed has not been made public yet, so all we have are just speculations about the top speed. The official figures will probably be released later this year when the car is about to hit the dealerships.