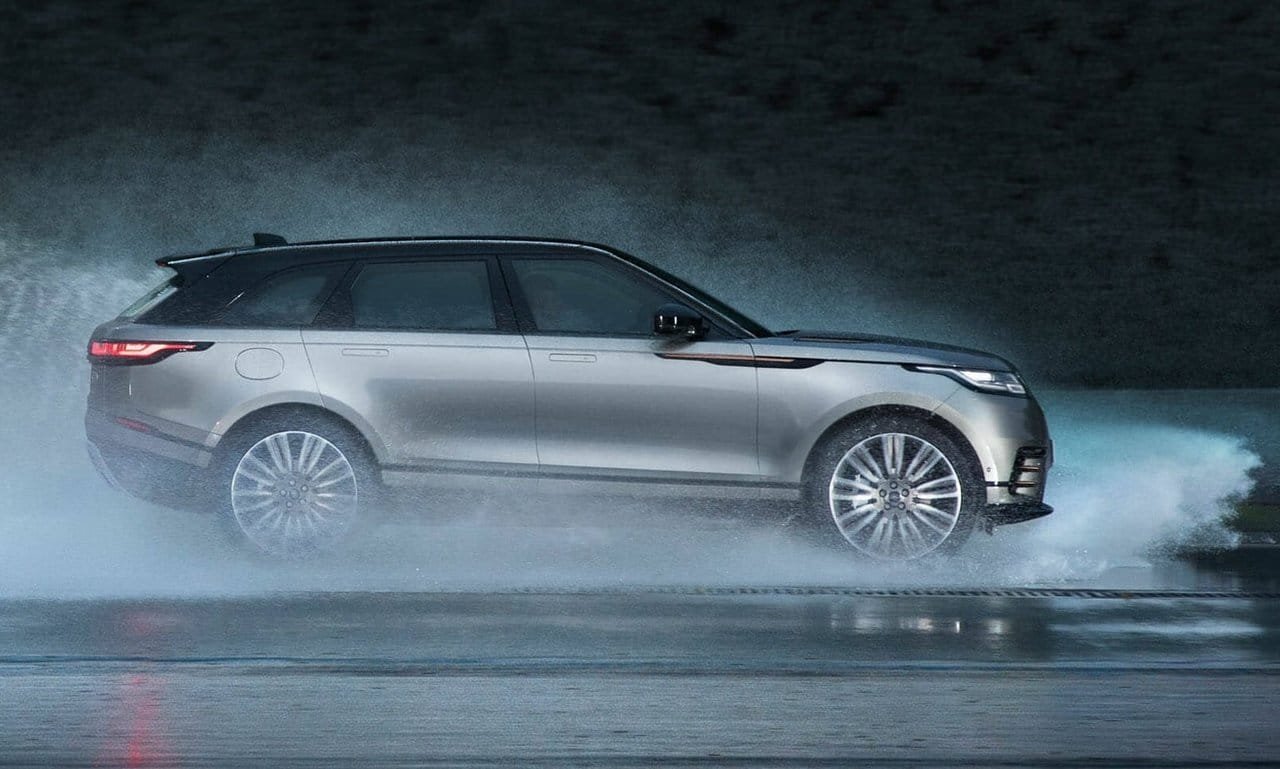 The New Range Rover Velar: Just How Good is it?

One of the cars that were highly anticipated in this year’s Geneva motor show is the Range Rover Velar. This car is the fourth model in Land Rover’s Range Rover lineup and so far things look promising thanks to the new features it comes equipped with.

When it comes to price and size, the Velar is the Range Rover Evoque’s big sister and the Range Rover Sport’s smaller sister. It takes simplicity to a whole new level without compromising in any way on practicality.

The Velar is a five-seat crossover SUV that comes with a touch of elegance that you won’t find on many off-road vehicles. Let’s take a closer look and see if the car lives up to the hype.

For starters, you will notice the deployable door handles that sink back into the car door when not in use. This is a feature that is available on a few other cars like the Tesla Model S. It helps the Velar achieve a drag coefficient of 0.32, which makes it the most aerodynamic Land Rover to hit the market.

The front overhang is shorter than the longer tail, a feature that gives the car “incredible elegance” according to Massimo Frascella who is the exterior creative director at Land Rover. The tail and headlamps are narrower than any we’ve ever seen on a Range Rover so far and they are all LED lamps.

The interior of the Velar is where most of the changes were made. It comes with the new TouchPro Duo system with two HD infotainment screens. You can choose to split key information between the upper and lower screens. The lower screen is used primarily for car settings, climate and input to seat controls. It can still be used for media and phone controls when the upper screen is full.

The driver’s 12.3 inch interactive display is customizable to deliver the key information where and how you need it. To complement this, drivers also get a high resolution heads up display which ensures that eyes remain on the road.

If there is one thing that the Range Rover Velar has in plenty, it is touch screen controls. Even the controls on the steering wheel are sensitive to touch.

The Velar also comes with configurable moonlighting, and an optional panoramic sliding roof that will make the car feel spacious and roomy.

When it comes to the power train, the Velar gives a choice of five engines, all of them driving the wheels through an 8-speed ZF automatic gearbox. There will be three diesel engines and two petrol engines. The petrol versions will be a 2.0 liter 250 bhp turbocharged Ingenium four cylinder engine and a 3.0 liter 380 bhp supercharged V-6.

It is the most road-biased model in the Range Rover line-up. Thanks to the aluminum architecture, the Velar is lighter, hence it will be sportier on the road.

The supercharged petrol version will be able to get to 60mph in 5.3 seconds. Although that is nothing compared to the Bugati Chiron’s 2.5 seconds, it is acceptable for a SUV.

The limited edition model will come standard with two-tone leather interior, copper weave carbon fiber detailing, 22-inch alloy wheels, the 380 bhp supercharged gasoline V-6 and a 1600W Meridian Signature sound system.
The Velar was unveiled officially in the Geneva Motor Show and deliveries can be expected at dealerships from summer 2017.

The company is optimistic with this model and so far customers seem excited about it. According to a report by Autocar, 40,000 customers registered interest in the model after seeing a sneak preview of the car. Will the Velar be as successful as the Evoque? Share your thoughts in the comments below.