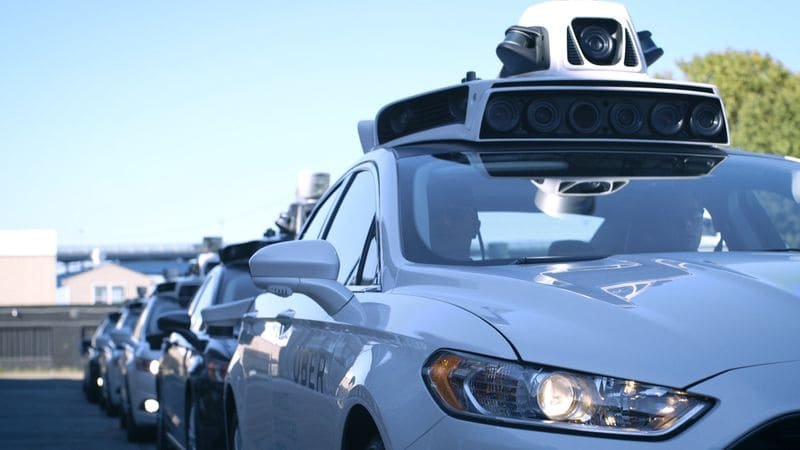 We live in the 21st century, but sometimes it feels more like a sci-fi movie, especially now with the self-driving cars.

With Uber pressing forward on the latest self-driving cars, the world is growing decidedly creepier (albeit innovative) by the day.

The potential that modern scientists and engineers see in the field of robotics is unique, and as new inventions come to light, the spectrum for progress grows even larger. The scope of technology is limitless, so it seems, and quite validly.

Approximately 100 Years ago, people around the known world refused to believe the air conditioner “machine” was possible, even after Willis Carrier invented the crude contraption.

In 1903 when the Wright Brothers released the first gas motored and manned airplane the world was in utter shock. The first camera which produced colored pictures had residents of America and civilized nations in a blaze.

In 100 years, we’ve gone from colored photographs being the latest, to self-driving cars that you can hail by a quick click on your state-of-the-art smartphone, maybe even while wearing the newest Fitbit or Apple Watch.

Of course, you can’t forget that steaming Pumpkin Mocha Latte on a New York winter day you stopped by to grab after ordering it, yet again, on your smartphone.

This, my friends, is what it means to live in the 21st century. Convenience is everywhere, and one would think it impossible to live without an Android or Apple smartphone and Internet connection.

Who’s to say what the world will look like in the next 100 years? It’s rather mind-boggling when you put it in this perspective.

Pretty soon, we may think it impossible to self-drive a car. All because Uber has taken this giant leap into the division of automation.

I found myself behind the wheel of a Ford Fusion driving down a Pittsburgh street lined with gorgeous Romanesque brick factories. The sky was a cloudless blue, the Allegheny River sparkled seductively through the trees, and I was able to drink in all the splendor of the day without distraction because I wasn’t actually driving the car. I was in a Uber self-driving car, and I was behind the wheel, admiring the view.

The many benefits and possible disadvantages of self-driving cars weigh themselves out, some arguing the safety risk is too large to sit back and “admire the view.”

Others say that being equipped with 26 cameras (which face outward, not inward spying on you), riding in one of these “smart cars” is safer than driving them yourself, especially in the event that all are self-driving cars.

Uber states that while they are the first to initially propose the concept of hailing a driverless taxi, they’re far from first when it comes to computerized autonomized digitized (I know, I’m stretching it a bit) cars.

Anthony Levandowski, the vice president of engineering at Uber alongside being the co-founder of Otto, a self-driving truck startup service Uber recently optimized, states that “Even in the ’50s there were advertisements about families riding around in the back of vehicles, playing dominoes, and just driving down the highway efficiently and safely. I’m sorry to say there’s going to be no domino playing in these vehicles.”

For the first several months, the self-driving cars will be in a “testing” stage, with two Uber employees in the vehicle’s front seats at all times. One will be monitoring the drive on a detailed computer screen, tracking any bugs or mishaps.

The other will be the actual “driver” in case the Uber car ever steps out of autonomy mode and requires someone to take the wheel or push the brakes.

In the frightening incident that the car doesn’t recognize another car passing in front, or a person running across the road, the driver has the capability to take over and fully control the self-driving car, if reflexes allow the driver to react in time.

Rest assured, however, that the autonomous vehicle is acutely aware of its surroundings and has the equipment necessary to respond to the aforementioned scenarios.

“In this case, my “computer” is a modified Ford Fusion hybrid sedan codenamed Boron 6, an atomic element often found in magnets, laundry detergent, and nuclear reactors. Uber has outfitted it with more than 20 cameras, seven lasers, a spinning 360 ­degree laser-­based detection system and 1,400 other aftermarket parts that render millions of bits of data about the environment in real time as I drive through it.”

Ford Fusion Sedans, as stated above, are one of the primary testing vehicles. While there are several, this is believed to be the optimal selection for self-driving. A few other facts that are useful to know before embarking on a journey with any self-driving vehicles are listed below:

Do these self-driving cars sound like something from a book? To me, it does. While I’m always amped about the latest technology, things are going a little faster than my liking.

The day that we have fully-robotic appliances and factories is the day our culture depreciates and divides. It’s the time when our economy would crumble, and we’d be sitting around wondering where all the jobs and income went. Right out the back door, that’s where.

Amazon factories are already almost fully-automated. They’re one of the largest corporations in the world – and there’s hardly any jobs resulting from their production.

What do you think? Is technology adding exciting elements to society, or are they taking away and overriding the human labor factor for good?

More importantly, what are your views on Uber self-driving cars?