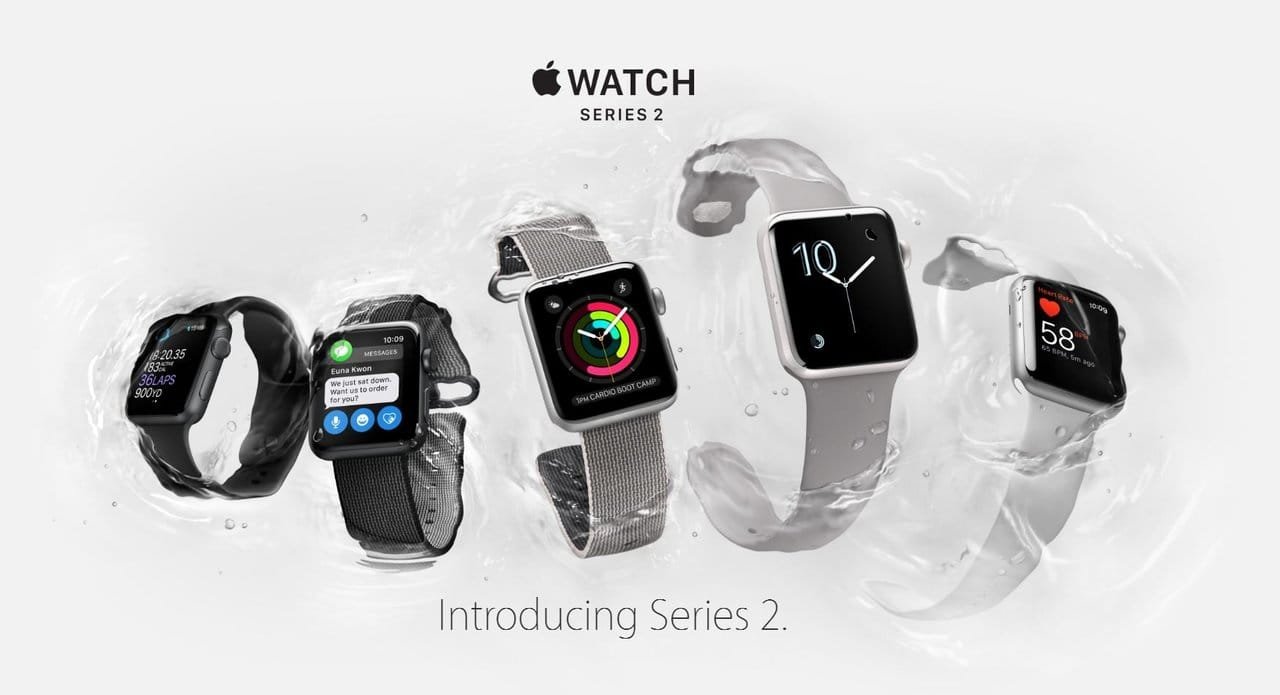 Apple has officially announced the all-new Apple Watch 2, or as Apple likes to call it, the Apple Watch Series 2. The smartwatch comes with plenty of new features.

The new smartwatch was announced at an event that took place in San Francisco on September 7th. Tim Cook, CEO of Apple, stated during the event that the Apple Watch is currently the 2nd most sold wrist watch after Rolex. It is also the top sold smartwatch in the world. That’s impressive!

The new Series 2 is the latest smartwatch from Apple and it packs a lot of new features. The design is similar to the Apple Watch 1, but the internals are very different.

It’s still available in two sizes, 38 mm or 42 mm, and you can choose between the basic Apple Watch Sport and Apple Watch Edition. Plenty of interchangeable bands are also available.

A new white ceramic body has also been introduced with the new Apple Watch Edition, which is much harder and smoother than the Stainless steel version. 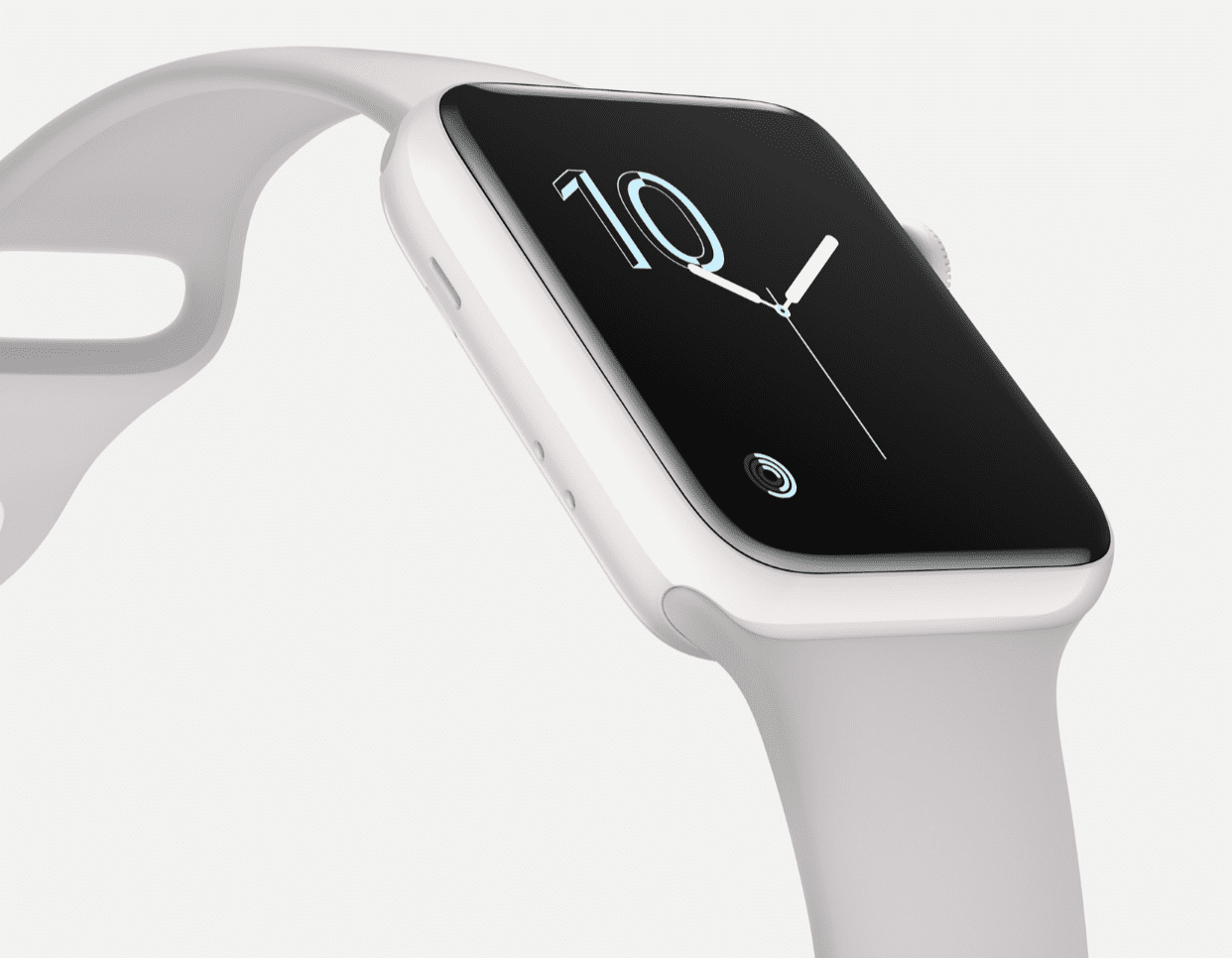 Let’s talk about the specifications of the Series 2 Apple Watch. As mentioned above, it looks like same, but it’s all new inside.

Firstly, the Series 2 features a new Apple-made S2 System in a package. This SIP includes a dual-core CPU and a new GPU, both of which are twice as fast than the original. The new smartwatch also features built-in GPS, water resistance up to 50 meters, and a super-bright display.

The display on the Series 2 has a brightness level of 1000 nits, which should help you use the watch even in strong sunlight.

Two of the biggest new features of the Series 2 Apple Watch are the inbuilt GPS and water resistance.

With inbuilt GPS, you can now go for a walk or a run without carrying your iPhone. It can track more accurate data and also show your route on the Maps. Navigation has also improved thanks to the onboard GPS.

Apple is also focusing on swimmers with the new Series 2, as the smartwatch is highly water resistant. It carries a 50-meter water resistance rating and Apple says it can be used while swimming, doing a cannonball into the pool, and in many other scenarios.

The Series 2 will boast even more features when watchOS 3 is available later this month. 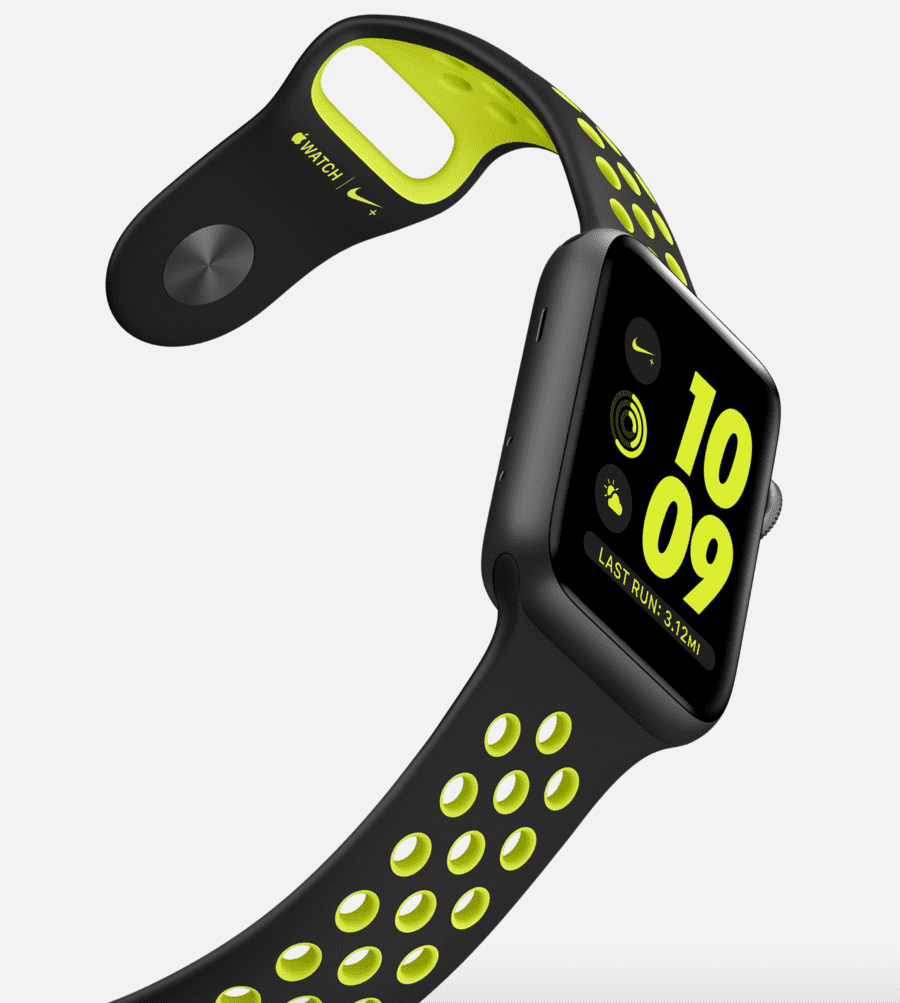 During the keynote, the company also announced a special Apple Watch Nike+ variant. This model is specifically tailored to the needs of runners and features a special band.

This watch features the same hardware as the Series 2 but comes with Nike-designed bands and apps. You get easy access to your stats with a simple tap of a button. It will keep you motivated with notifications to run and also provide you with personalized running advice.

The Apple Watch Nike+ will retail at $369 and you can purchase one in October.

The pricing for the Series 1 has also been dropped to $269. If you don’t mind a less water resistant and GPS-less smartwatch, then the Series 1 is still a great buy – and it’s selling for a decent price, too.

There you go, that’s all you need to know about the new smartwatches from Apple. What do you think of the improvements? Will they persuade you to buy the new Series 2 Apple Watch?

With the rollout of the Apple Watch Series 2, fans of the Apple smartwatch have reason to celebrate. It is a square device that tells time, displays notifications, tracks fitness stats and looks a lot like the original Apple Watch. But that’s where the comparison ends.

Now we know more about the new Apple Watch Series 2 and it boasts of some major additions.

Improved swiping controls give you faster access to apps. The GPS feature operates with more autonomy without the need for an iPhone.

It’s also waterproof which means that, finally, like almost all the other competing fitness watches, you can wear it in the pool to track your laps. You can also toggle between open water swim and pool settings from a simple and straightforward menu.

The new Apple Watch Series 2 battery is slightly larger to support some of those cool new features; especially the GPS functionality. This adds a touch of bulk and weight (but not much) to your wrist than what is now called the Apple Watch Series 1 (which is still available).

The main problem with the new slightly fatter Apple watch 2 battery is that the estimated time it will run on a single charge is no more than a day; unlike many of the competing watches, like the Pebble which runs for several days without needing a recharge.

Until Apple can provide consumers and athletes with a model that doesn’t need to see its charging cord for a few days, they may not see too many new converts to the Apple Watch Series 2 that starts out at a relatively pricey $369.