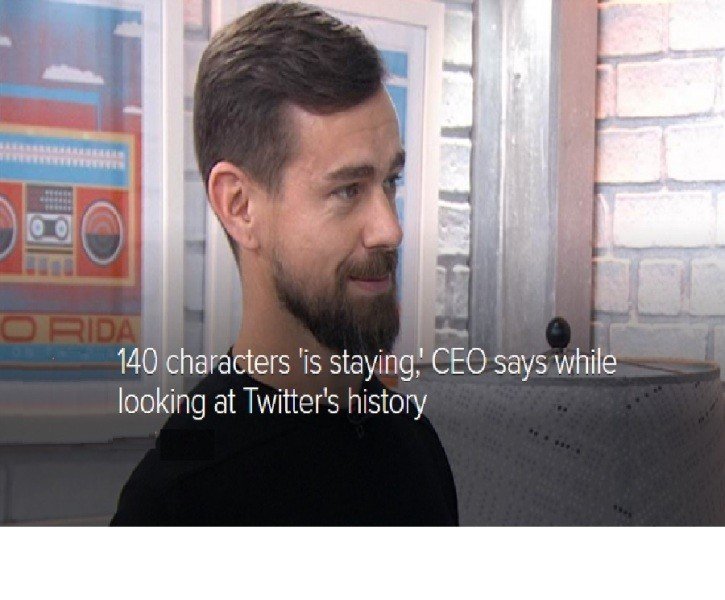 “It Stays,” was the response from Twitter CEO Jack Dorsey, when Matt Lauer of the The Today Show asked him about the 140 character limit.

There have been recent rumors that the 140 character limit for Tweets, which has been around from the beginning, could be phased out, as part of the changes Twitter has been making.

This got many Twitter diehards worried, setting off a million Tweetstorms. For the majority of Twitter users, the 140 character limit is the sweet spot and sets Twitter apart from all other social media platforms.

Now, Twitter’s CEO clearly stated that the limit of 140 characters is here to stay.

The Birth of Twitter’s 140 Characters

It all started 10 years ago, this month (March 2006), when Jack Dorsey sent the very first Tweet, a short and to the point – “JUST SETTING UP MY TWTTR.”

Over the years, Twitter has become the place to share everything from Breaking news to personal problems – all within 140 characters. In fact, many believe that the 140 character limit brings out their creativity. 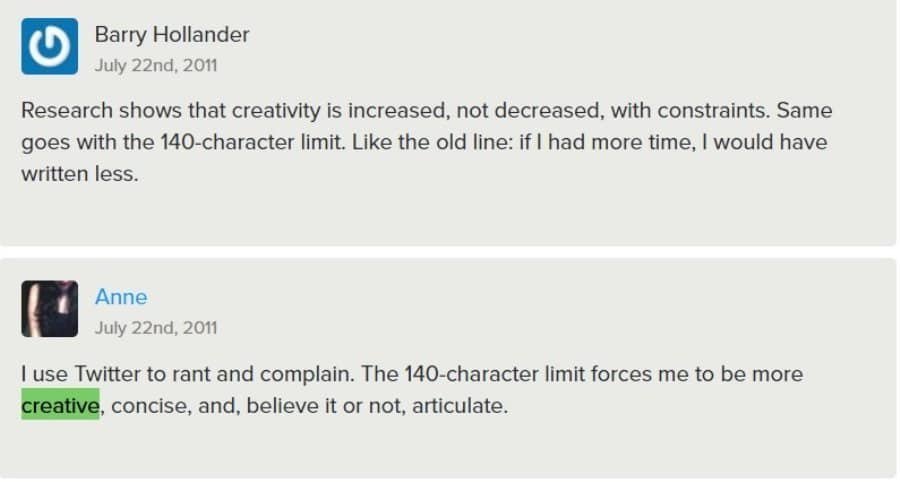 There is a reason Twitter has grown to having 320 million active users today.

Twitter’s investors have been looking at ways to reenergize the company, to attract new users and improve the stock. While there is a growing consensus that Twitter can focus on improving several aspects of its platform, increasing the character limit may not be one of them.

Twitter increased the Direct Messaging limit from 140 characters to 10,000 characters in August 2015, allowing users to chat at length privately – one-or-one or in a closed group.

It was around that time, rumors of a change in the 140 character limit started making the rounds.

We reported in January (via Re/code) that Twitter was looking at changing tweets to “10,000 character limit.”

At that time, unnamed sources also revealed that the company is working on a feature nicknamed “Beyond 140” to debut around March 2016. The report also stated that Twitter is testing a design for the feature where the tweets appear as they do now, but with the option to expand, something like having a “more…” at the bottom of the Tweet.

Dorsey’s response then was:

Twitter has also changed its Timeline from chronological to algorithm-based. When this move was not welcomed, the option to “Turn off” the feature was incorporated.

With so much happening at Twitter, it’s difficult to say if Twitter’s “Beyond 140” feature was just a figment of some creative imagination or if the company had originally planned on changing the 140 character limit.

Whatever the truth, for now, Twitter users can continue enjoying their 140 characters of creativity.