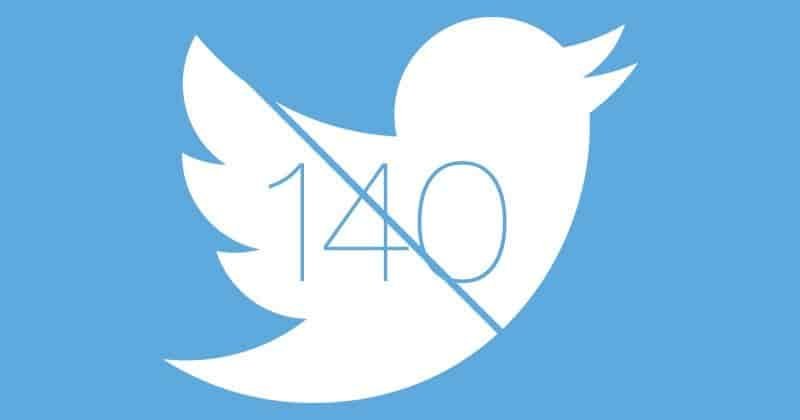 According to a new report, the Twitter character limit for tweets will be increased from a mere 140 to 10,000 characters.

As of now, Tweets on the social networking site has a 140 character limit. That’s not a lot of words, which can be a problem for many users who want to express more. Of course, a short character limit is good for quick updates and breaking news, but not for a story.

A new feature allowing users to send out longer tweets will be welcomed and Twitter is doing exactly that. Several sources familiar with Twitter’s plans told Re/Code that the company is considering increasing the Tweet character limit to 10,000 characters.

Twitter had previously added the same 10,000 character limit to it’s Direct Message service. Apparently, the company is testing an app that shows tweets in the same 140 characters, but includes a ‘More’ button. To expand the tweet and view the entire content, you’d have to click on this button. This isn’t set in stone and Twitter may use a completely different method of showing 10,000 characters.

An expand button would be ideal though, as the look and feel of the Twitter timeline will still be like before, but you will have access to longer tweets. A new design, on the other hand, may not do well as it could slow down your Timeline. Imagine having to scroll through 10,000 character tweets that include pictures.

This is a bold move by the company, who has had the 140 character limit since the beginning. The company has been making a lot of changes and adding several new features to its platform in order to increase its user-base.

Has it been working? Well, sort of. With longer tweets, come spammers, which is something the company would have to figure out how to avoid. There are several things that has to be sorted out before rolling out the new character limit.

The report or the sources didn’t mention an ETA for the new Twitter Character limit update, but it should arrive soon.