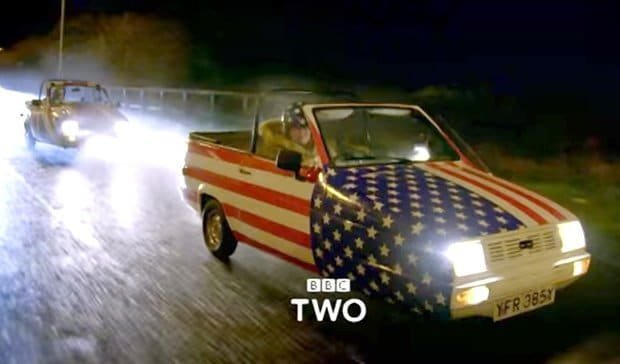 Update – May 11, 2016 – The BBC has announced that Top Gear Season 23 will return to the television on May 29th. Why the delay? We’re not sure, but there have been problems between the hosts and other issues with the filming.

The new Top Gear arrives on BBC America in the United States on May 30th.

BBC has released the first trailer for the new Top Gear Season 23, which is scheduled to hit the TV on May 8 and features a bunch of new hosts.

The new Top Gear will not feature Jeremy Clarkson, Richard Hammond or James May. Instead, you’ll see new faces like Chris Evans, Chris Harris, Matt LeBlanc and several others. Oh, and of course, the Stig.

Season 23 will kick off next month and will bring new adventures, reviews, drag races, supercar drifting and more to the table.

Despite having Matt LeBlanc and Chris Evans brought into the show, we’re not sure if true Top Gear fans will watch the new incarnation.

The previous hosts, who we all loved and followed, will be doing their own new show on Amazon and it’s going to be bigger than BBC’s Top Gear.

The new trailer has Matt LeBlanc doing a road trip of some sorts in a three-wheeled Reliant Robin. There’s a lot of tire burning, squealing and sideways action to look forward to.

You also get to see Chris Evans in an Audi R8 V10, a glimpse at German racing car driver Sabine Schmitz, and that’s about it. There are several more hosts and we’ll probably see more of them in the show itself. You’ll have to wait till May 8th for the first episode to be out on BBC Two in the UK, BBC America in the US, and BBC Knowledge in Australia.

What do you think of the new trailer for Top Gear Season 23? Will you be watching this or are you going to wait for the Amazon show, or watch both?