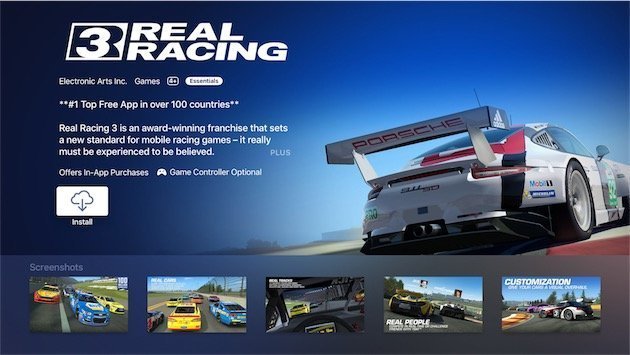 Real Racing 3 can now be played on the 4th gen Apple TV as a native game. No, you will not be streaming the game from your iOS device to the Apple TV, like in previous generations. Instead, the game will run independently on the Apple TV. Although, you may notice some drop in frame rate as the game isn’t developed for the Apple TV, but just runs on it.

Real Racing 3 has some of the best visuals for an Apple TV game. A recent update to the game brought this much awaited feature, the ability to play directly on the set top box. It features local split screen multiplayer mode with up to four players. You can use your iPhone or iPad as a controller in the game, which is pretty cool. The Siri Remote and other third-party controllers can also be used, if you like.

The app also features cross device iCloud saving, which means you can start on your iPhone and continue on the Apple TV. The update also includes the Daytona 500 content, that allows you to race Nascar cars around the Daytona International Speedway track. You get to race against Nascar legends such as Chase Elliott, Kevin Harvick, and Matt Kenneth. 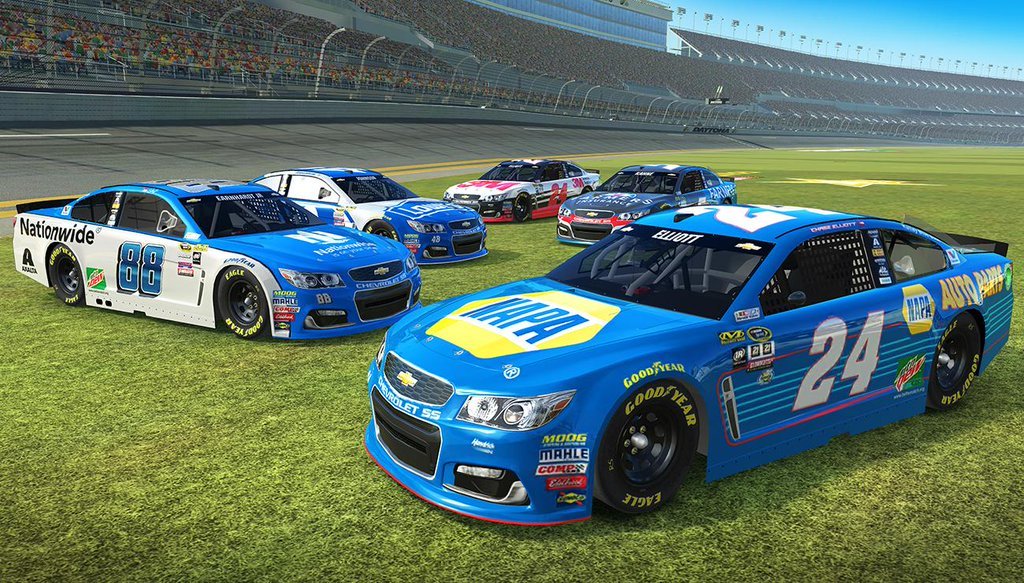 Real Racing 3 is a freemium game, which means that even though the game is free to download, you’ll be asked to shell out cash and view ads to advance.

Apart from the Daytona 500 content, the update also includes a special event called the Sixth Element, which features the Lamborghini Sesto Elemento.

To download Real Racing 3 for Apple TV, head over to the tvOS Store on your device and search for the game. It is a free download across all devices. Try it out on the Apple TV and tell us what you think of the game. You should also check out our list of the best Apple TV games.