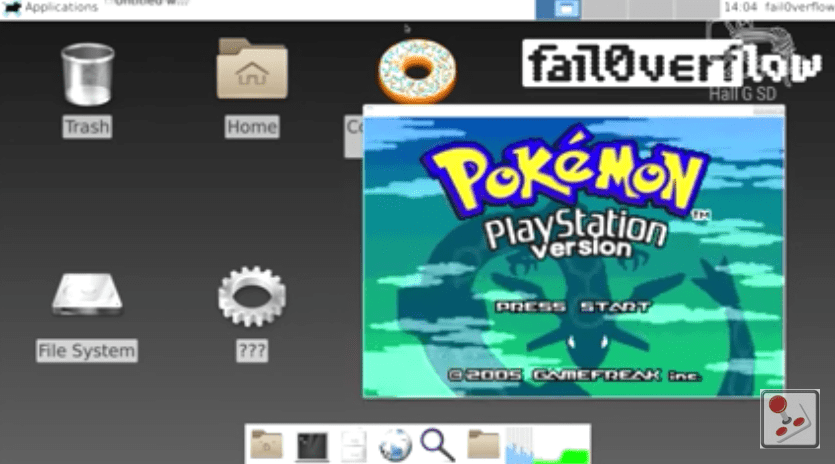 Hackers have successfully managed to run Linux on PS4 and play a GameBoy Advance version of Pokémon on the console.

Recently, another hacker was able to jailbreak the PlayStation 4 and run third-party homebrew apps on the console. Looks like Sony’s game console isn’t that secure after all.

The Linux on PS4 hack was demonstrated by the Fail0verflow team during the Console Hacking 2015 Summit. The PS4 uses the Sony Orbis OS, which is sort of based on FreeBSD, a Unix operating system. The team used this to their advantage and found an exploit that allowed them to get Linux running on the PS4.

Once in the PS4 OS, the team modified the system to run Linux and were able to find exploits for the GPU. They ran a GameBoy Advance emulator and played Pokémon on the PS4 to show what can be done.

An actual GameBoy Advance was also connected to the PS4 to be used as a controller. Of course, a lot of other cool things can be done as well, rather than just play an old classic game.

Even after the hack, features such as WiFi, Bluetooth, HDMI Encoder, optical audio, are all working perfectly. Other things work too, but needs to fine tuned to work as intended.

So, basically, the hacker group has turned the PlayStation 4 into a PC, allowing it to run third-party software and do cool things. Check out the full demonstration below;

[youtube id=”2A7V3GLWF6U” align=”center” maxwidth=”849″] The hack shows that the team were able to get to the root of the console and control it. That is bad news for Sony and they will most likely release an update to fix the bugs. It should be noted, that the hack was obtained on PS4 firmware 1.76, whereas the latest version is 3.11. The team will have to work harder to make the exploit work on the latest firmware.

Still, it’s pretty cool to see Linux on PS4 and how it is possible to run third-party homebrew applications. Would you be willing to hack your PS4?