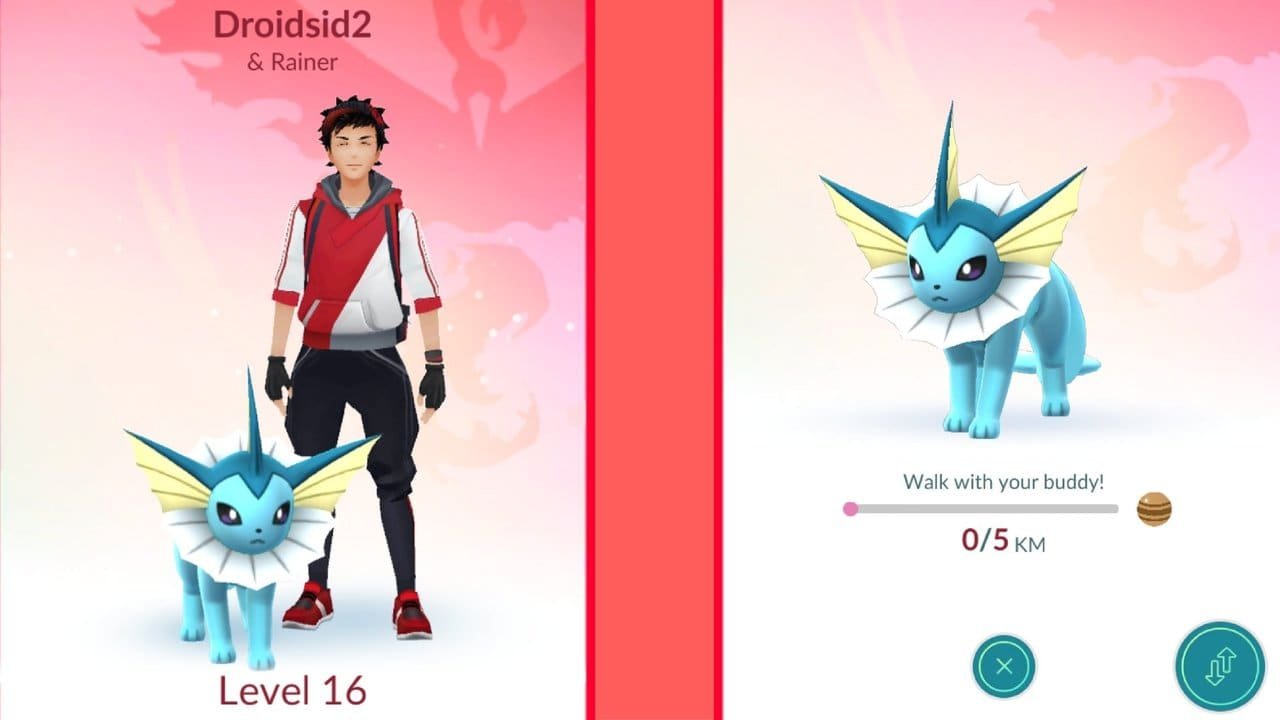 Niantic has just pushed out another minor Pokemon GO update for iOS and Android.

Another Pokemon Go update was made available for both iOS and Android users that adds the ability to have a Buddy Pokemon and gets Pokemon GO Plus support.

The latest update brings the Pokemon GO Android version to 0.37.0 and the iOS version to 1.7.0. The updates also feature a few bug fixes and improvements, as usual.

The new Pokemon Go Buddy system is pretty cool. In the latest update, a trainer can now choose a Pokemon to walk alongside them at all times. If you want to be Ash, you can now finally take Pikachu on those long walks.

Your Buddy Pokemon in Pokemon GO

Although all Pokemon are your buddies, you can only select one to walk beside you. The update allows you to choose any of your Pokemon to be your buddy. You can choose your strongest Pokemon, or you can go with the one you like the most.

How to Use the Buddy System

It’s easy! In the app, select your Profile, and tap on the hamburger menu on the bottom right.

That’s about it. You can now walk to get more candies for the Pokemon to evolve or Power up. You get a Pokemon candy for every 5 KM you walk together.

Although they’re pretty late, Niantic has finally added Pokemon GO Plus support for the game in the new update.

The Pokemon GO Plus is something you wear on your wrist and it will let you know when a PokeStop or a Pokemon is nearby.

You can use the wearable to catch a Pokemon that’s already in your Pokedex, and you can also collect the loot from a PokeStop.

All this, without having to take out your phone.

Pokemon GO Plus costs $34.99, and has been put up for sale at their following online stores on September 16.

This is the current status:

You can track stock of the Pokemon GO Plus using thisPokemon GO Plus stock tracker which is automatically updated should any store have get it back in-stock.

This wearable device is an easy way to interact with the game and let’s you keep your phone in the pocket when playing. Don’t do that with the Samsung Galaxy Note 7 though, as it might catch fire in your pants.

Other Improvements and Bug Fixes

Niantic has also fixed some bugs in the game and made some improvements as well. The update now makes it easier for your to select those tiny little Pokemon.

A bug that caused Eggs to hatch without the animation has been fixed. And, the game is now smoother and doesn’t hang or stop working when you switch networks. That’s about all the new features, bug fixes and improvements in the new Pokemon GO update.

The updated version is available on both Android and iOS from their respective app stores.