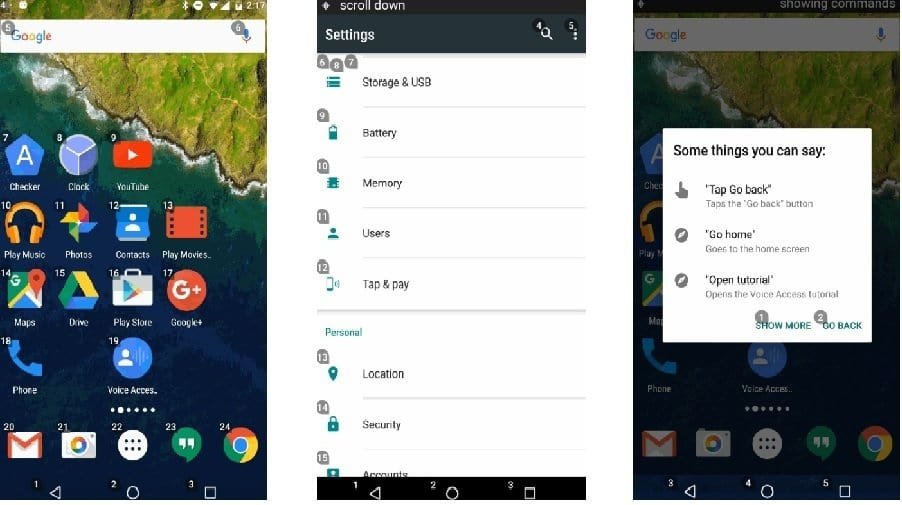 Google’s Voice Access, currently in beta is a completely hands-free service aimed at making it easier for people who have a hard time using the touch screen on their Android phone.

This app, according to Google, can help a wide-range of disabled people.

It can help people who generally have difficulty manipulating a touch screen on the ; those with paralysis, injuries, tremors or some form of handicap.

Of course, you’re free to use the service and scream orders at your Android phone. In fact, it can be perfect for use while you drive or work or even when you’re just plain lazy.

Any talk of voice access brings to mind Google Now and Siri. These two voice control services are limited to opening apps, checking the weather and a few other tasks.

However Google’s Voice Access is said to be different – it allows you to do everything using your voice – by everything I mean, everything you would normally do with your Android phone using your hands.

“For example, you can say “open Chrome” or “go home” to navigate around the phone, or interact with the screen by saying “click next” or “scroll down,” said Google on its blog.

Apart from the basic voice commands, the Voice Access app also overlay’s important buttons with numbered labels. You can control your Android phone entirely by tapping on any button – not with your fingers – but with your vocal chords.

Google is the latest company to place emphasis on accessibility. Facebook recently introduced an iOS app that describes images to blind people. Twitter is letting people submit captions for images they tweet out. Apple is using videos to show how it’s helping autistic people communicate with others using the iPad tablet. Microsoft is doing its bit with its Seeing Ai app that it talked about at the Build Developer Conference.

Enrollment for the Beta to test out Google’s Voice Access on your Android phone is now closed, but the beta suggests there will be a public rollout in the near future.