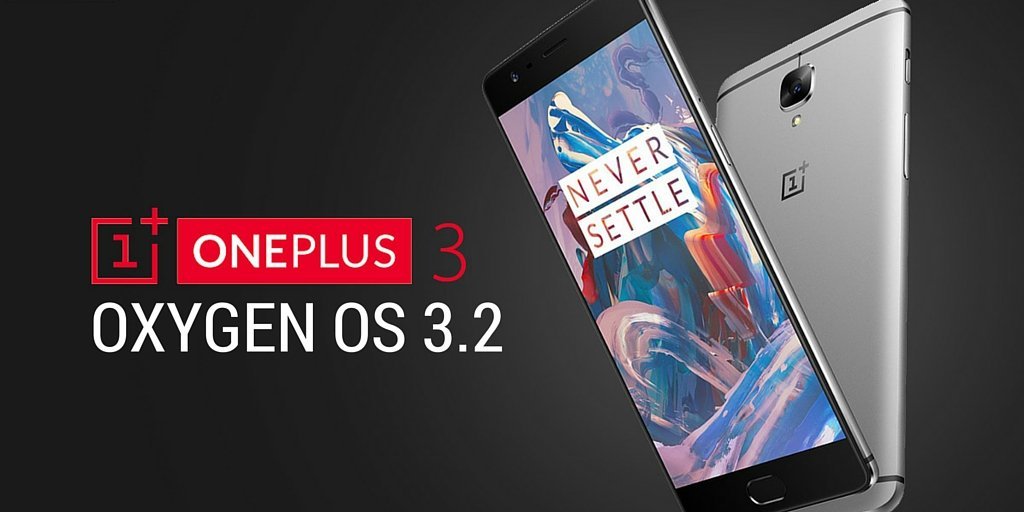 It’s only been a few weeks, but OnePlus has released a new OnePlus 3 Software update, OxygenOS 3.2, which includes new features, improvements and bug fixes.

The OnePlus 3 was released last month, and has taken the smartphone world by storm. Reviewers love it, consumers love it, and it truly has become a flagship killer. However, there were some problems with the device.

OnePlus has added a beastly 6GB of RAM on the smartphone, but all of it isn’t really being utilized. As several tests proved, the smartphone was only using about 3-4GB of RAM. Due to this, the OnePlus 3 was quite bad at multi-tasking.

Now though, a new OxygenOS 3.2 update has been released by OnePlus, and it aims to bring several fixes, including one for the botchy RAM management. The new update will be rolled out to all OnePlus 3 users via OTA method.

The company took to its forums to announce the new update, the OxygenOS 3.2.0. It’s still based on Android 6.0.1 Marshmallow, but there’s a lot to love in the new update. Consumers will surely love that OnePlus actually listens to their feedback and provides fast updates.

Apart from the improved RAM management, which would allow the phone to use all 6GB of RAM, you can expect the following new features, improvements, and fixes.

However, it’s not all sunshine and rainbows for OnePlus. In the forum, several users have pointed out that some bugs haven’t been fixed yet. A very annoying notification bug is making users go crazy, OnePlus should look in to it. Another update, perhaps.

Those who have the OnePlus 3, the new software update should be shortly available for download. The company did note that it should take around 48 hours for all the devices to get the update. If you haven’t received it yet, do not worry.