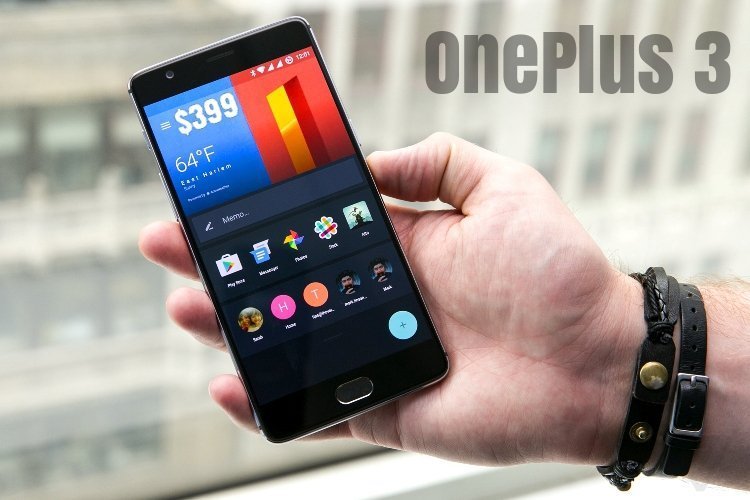 No standing in lines. No spending your savings. OnePlus brings the company’s latest flagship OnePlus 3, which is a better bargain that its predecessors and comes at half the price of a brand new Apple or Samsung.

Having ditched the much-hated invite system, anyone with the cash can get their hands on a OnePlus 3 handset.

“We’re using a different approach for our third year,” says Carl Pei, the 26-year-old co-founder of OnePlus. “As the company grows, expectations change and we have to be more responsible of a company. We just couldn’t sell on an invite system at this point in the company’s history”

The new phone is available direct from OnePlus.net from June 15, 2016 and from stores within a week.

A Snapdragon 820 CPU with an incredible 6GB of RAM makes OnePlus 3 one of the most powerful phones available. That’s more than what other flagship phones offer, and we can be sure it’s going to be really fast.

A 64-GB storage is what you get. The numerous rumors about a secret microSD slot are wrong. There’s no microSD card slot available on this phone.

Battery is 3000mAh and the phone charges through a USB Type-C port. One Plus says its custom-built Dash Charge power adapter offers quick charging of about 60% of full charge in half hour.

The company says you can get “a day of use from half an hour” of charging. The beauty of this is, you can continue playing games or streaming video when charging.

Rear camera is 16MP with f/2.0 aperture, 4K video recording, automatic de-noise for low-light shooting and HDR. There is also optical and electronic image stabilisation feature to ensure pictures are clear and not blurry.

OnePlus 3 is an attractive phone and is available in Soft Gold and Graphite colors, both of which look great.

It is 7.3 mm thick and is a well-built device. It has a curved unibody aluminium finish, giving it a smooth finish and making it comfortable to hold.

The display is 5.5in with 1080pd. This may not sound great, but hands-on reviews from Verge and others state that users will be “hard-pressed to see the difference” if they don’t go by specs.

Pei says choosing the 1080p screen resolution is a conscious choice, as it provides better performance and heat management than more pixel-dense screens.

The outer bezel is very thin and makes the screen feel bigger. Gorilla Glass 4 makes sure the phone is scratche-proof.

OnePlus3 comes with the AMOLED display, and this means the pictures and videos are more vibrant and easy to see outdoors. A polarising screen coating also makes sure the display is clear even in bright sunlight.

Ceramic Fingerprint Sensor on the front of the phone unlocks the phone in just 0.3 seconds according to OnePlus. The phone comes with an NFC chip and 3.5mm jack.

Two MicroSIM slots are available on the phone and it comes with network unlocked.

But the phone is only compatible with AT&T and T-Mobile and their related MVNOs in the U.S.

It does not support CDMA networks, which means you cannot use it with Sprint or Verizon.

OnePlus 3 might not have everything you ever wanted in your smartphone, but it certainly has everything that most high-end Android smartphones have – a fast processor, amazing design, efficient camera, great OLED display, quick charging – and it only costs $399 unlocked.

That’s $300 less than what you would pay for a Samsung Galaxy S7 or HTC 10 with similar features and specs.

OnePlus pitches it as the “2016 flagship killer,” and wants people to see that even a young company can produce smartphones as good as the popular names in the smartphone industry.

“The Verge calls OnePlus 3 a ‘serious contender’ and that speaks volumes of how good this phone really is.

OnePlus 3 will be available in pop-up stores across New York, London, Paris and Berlin later this week.