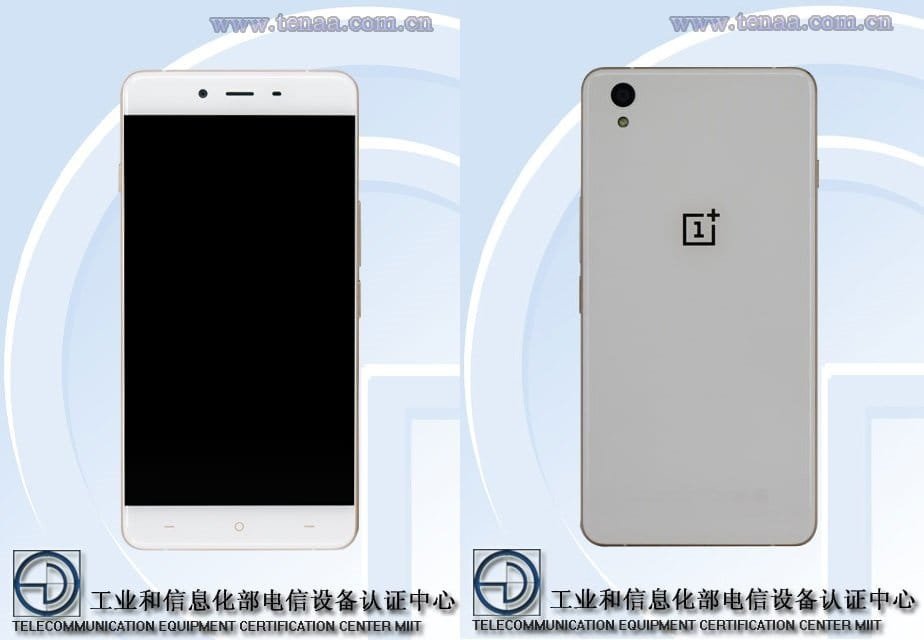 The OnePlus 2 Mini, a compact version of the OnePlus 2, has been certified by the Chinese Regulator TENAA.

Rumors about a mini version of the OnePlus 2 have been floating around for quite a while now. Looks like we might see the OnePlus 2 mini some time in 2016.

The OnePlus 2 carries a model number of One E1000. According to the TENAA data, the device features a 4.99 inch AMOLED 1080p display. Under the hood, it is powered by the Snapdragon 810 SoC 2.0 GHz octa core CPU.

An Adreno 430 GPU will help run all the graphic intensive games. There’s also 3 GB of RAM and 16GB of inbuilt storage, expandable via microSD.

Looks like the device will be carrying the same mediocre cameras present in the OnePlus X. There’s a 13 megapixel camera at the back and an 8 megapixel selfie camera. The device will probably come with Android 6.0 Marshmallow.

In short, the OnePlus 2 Mini will probably be a faster and more refined OnePlus X. We’re not sure what kind of materials will be used on the phone, although a metal frame is guaranteed.

This device would be competing with other compact phones such as the Sony Z5 Compact and Samsung Galaxy S6 Mini. There hasn’t been any information about the OnePlus 2 Mini release date yet. You can probably expect it in the first quarter of 2016.