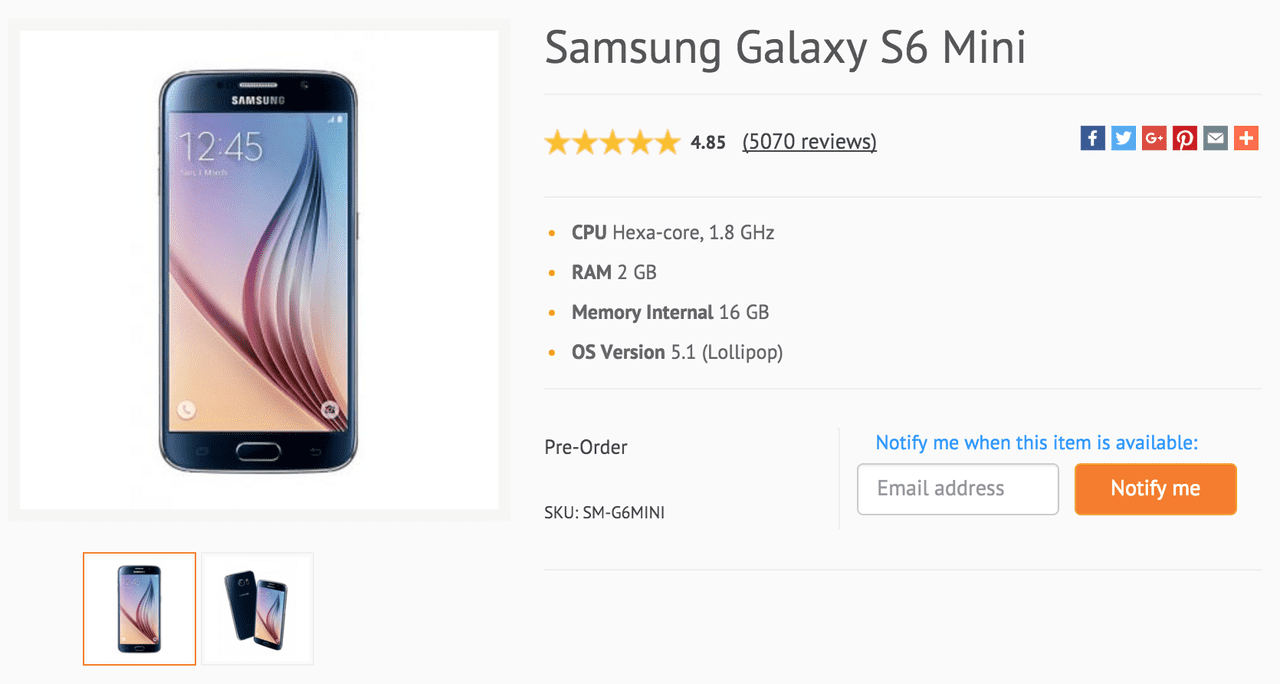 The Samsung Galaxy S6 Mini, an unreleased device, has showed up on an online retailers websites in the UAE.

Earlier this year, photos of the device was leaked and it showed a smaller version of the Samsung Galaxy S6. The device was never released by Samsung, although it had some pretty decent specs for a mini smartphone.

According to leaks and reports, the Galaxy S6 mini would feature either a 4.6 or 4.7 inch 1280 x 720 resolution display. It would use the Snapdragon 808 chipset coupled with 2GB of RAM. As for the camera, the device was supposed to sport a 15 megapixel shooter at the back.

All these specs would have the S6 mini compete against Sony’s Xperia Z5 Compact, the only other 4.6 inch device with top of the line specs.

The Galaxy S6 Mini is back, well kind of, as an online retailer in UAE has put the phone up for pre-order. There hasn’t been any confirmation or announcement from Samsung about the device yet. On the website, LetsTango, the S6 Mini has all the rumored specs.

The online retailer has the Samsung Galaxy S6 Mini on pre-order and will notify when it’s available. We aren’t sure if it’s going to be available, since Samsung hasn’t given any statement.