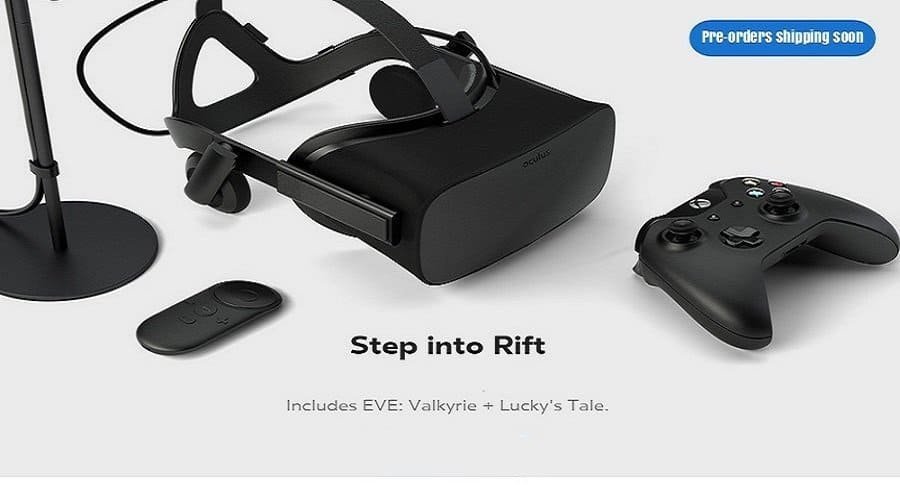 Oculus Rift Launches March 28, but Preorders Will Not Be Shipped Until Mid-Week

After a four-year wait, the ambitious VR campaign launched on Kickstarter has taken shape, and the Oculus Rift VR is finally here. Preorder customers in 20 countries have been waiting for months for this day, to receive their Oculus Rift headsets.

The company confirmed that shipping of Oculus Rift VR headsets for preorder customers will only begin mid-week.

Oculus did begin shipping some Oculus Rift headsets last Friday, but they are all free VR headsets, reserved for the original Oculus Kickstarter crowdfunding campaign backers, who supported the company by paying for the development kits during the campaign.

The free hardware for Kickstarter backers also ships with copies of Lucky’s Tale and Eve: Valkyrie that regular customers get.

While we have no news on the number of Kickstarter headsets sent out, the Oculus Rift Kickstarter campaign shows a total of 9,522 backers. Additionally, the press was also given access to headsets for some time now.

Delay in Shipping for the First Paying Preorder Customers

Customers who preordered the Rift were originally told that March 28 would be when their VR headsets would be shipped. It was only last night Oculus CEO, Palmer Luckey tweeted the following:

Except for the first preorder customer who received his Oculus Rift VR headset directly from the Oculus Founder, Palmer Luckey himself, tens of thousands of others will all have to wait a little longer.

The company said in a blog post: “We’re working as fast as we can to get Rifts to customers who preordered.”

Apart from the preorder customers, there are thousands of others who will be waiting to buy the Oculus Rift VR headsets off the shelves.