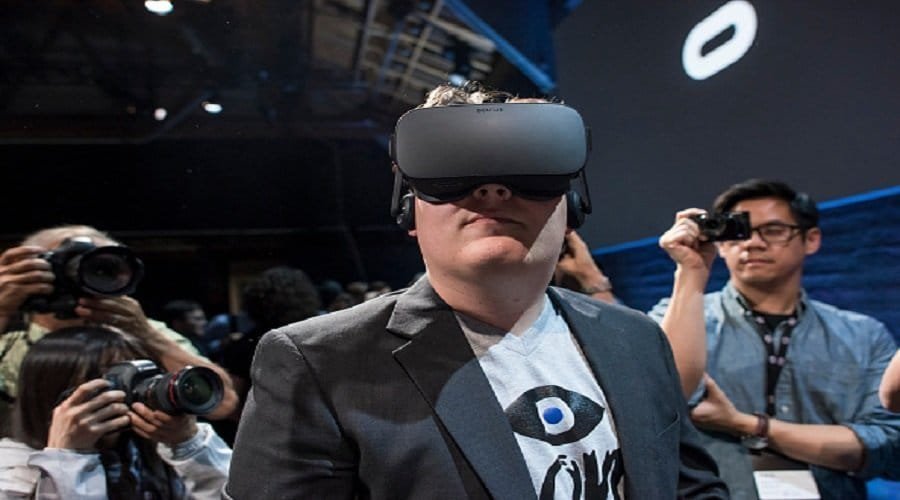 The Oculus Rift VR headsets retailing at $599 go on sale on Monday, March 28.

Ross Martin signed up for Oculus Rift VR last January and he received more than what he bargained for – a delivery of his VR headset by none other than Palmer Luckey, one of Oculus Rift VR founders.

Martin said he was surprised to receive a mail from Oculus informing him that his Oculus Rift VR headset would be delivered to him on March 26. Of course, the email also mentioned that the Oculus Rift founder would be visiting.

Ross Martin, a software developer and gamer himself was very excited to receive Luckey, and Luckey helped him try on the Oculus Rift VR headset, which was signed by Luckey and other Oculus Rift founders.

It really didn’t sink in, you know, it just felt weird for the first half of the day, and then towards the end of the day it started to become reality. I felt like Charlie and the Chocolate Factory. It was amazing. Me? They chose me? I couldn’t sleep that night.

Martin, who works for Axiom Data Science, says he is a fan of first-person shooter games and he also plans on playing Eve: Valkyrie on his new Oculus Rift.

According to Luckey, his delivery mission was not just a PR stunt. After having worked on the Rift all these years, he was adamant that he wanted to be the one to deliver the first VR headset. He decided to take a quick vacation in Alaska, taking a day out of the busy launch process.

He explained that there were a “few hundred” customers who placed orders for the Oculus Rift VR headset at the exact same time, but Martin won “by about a fraction of a second,” during the checkout process.

Luckey says he and Martin share similarities.”We are both big gamers, and we were both homeschooled as kids. The biggest difference is that I grew up with surfboards while he grew up with sled dogs.”