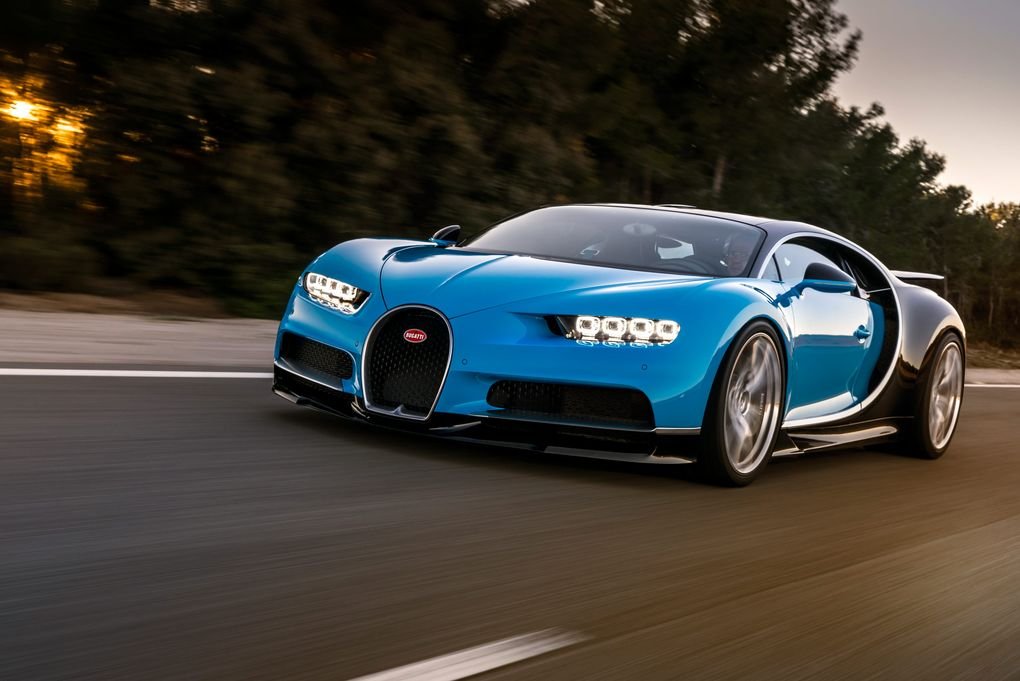 The all new Bugatti Chiron has been unveiled at the start of the 2016 Geneva Motor Show at a price tag of $2.6 million with only 500 to be made.

Bugatti changed the motoring world when it announced the Veyron in 2005, which had about 1000 horsepower and was the fastest production road car in the world. 10 years later, the Chiron has been unveiled and it could once again set fire to the hyper car industry.

The Chiron has an 8 liter, quad turbo W16 engine that produces a whopping 1,478 horsepower and 1,180 pound-feet of torque. The engine can deliver the max horsepower at 6,700 rpm and the turbos kick in at just around 2000 rpm.

The engine is mated to a 7-speed dual clutch transmission and delivers all that power to all-four wheels and then to the ground. The inlet manifolds are made from carbon-fiber so there’s no change you’ll blow the welds when doing the top speed. There are six catalytic converters and a titanium exhaust system. 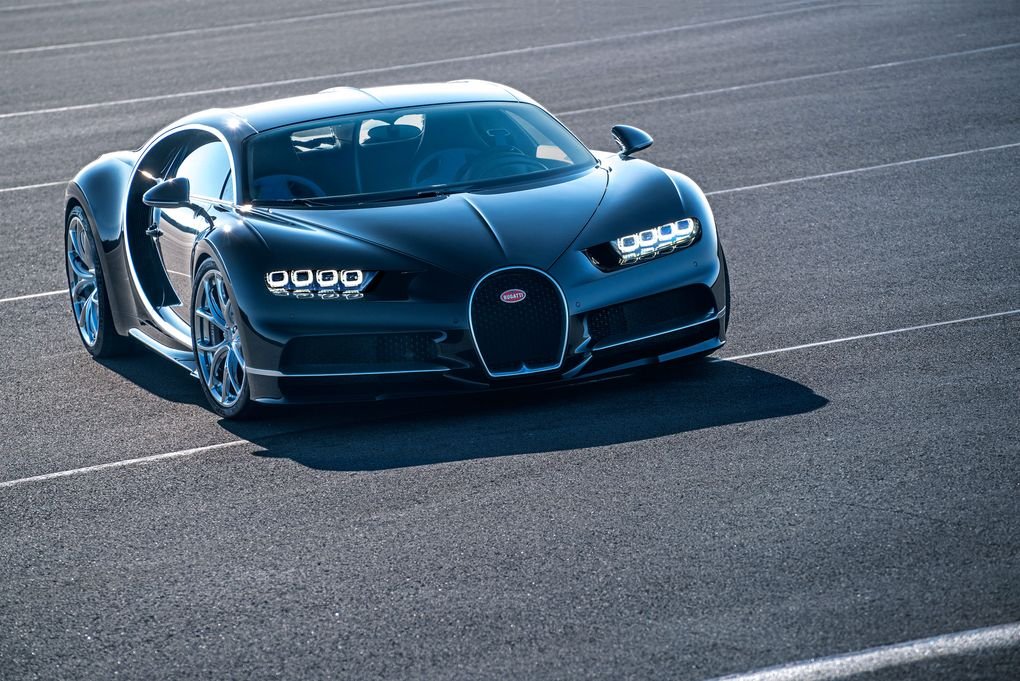 The Chiron is heavier than the Veyron, around 340 pounds more and claims a dry weight of 4,400 pounds. Add 26 gallons of fuel and you’ve got an even heavier monster. Surprisingly, Bugatti has included a Drift mode. We’re not sure why.

A big reason to that insane top speed, is how the car has been designed and the aerodynamics. Everything is there to improve drag, circulate air to the brakes, cool the engine and keep the car on the ground at high speeds. It has adaptive air suspension with 5 different settings that let you adjust the height of the car as per your needs. 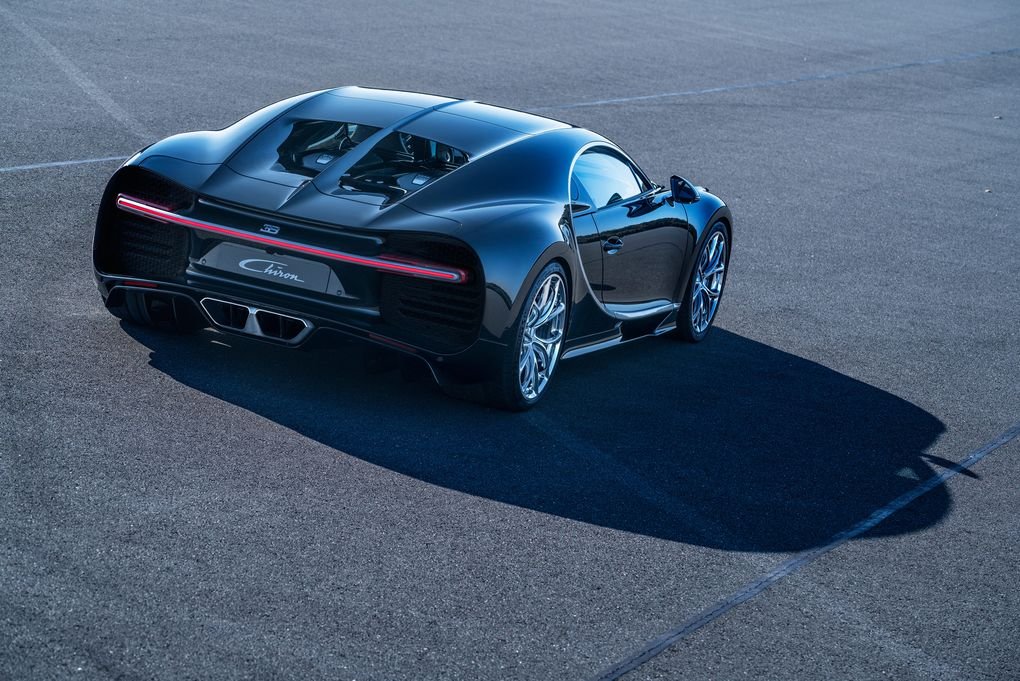 With top speeds like that, you also need good braking power. Obviously, the Chiron does the best tires and brakes to get the job done. Custom made Michelin 285/30ZR20 front tires and 355/25ZR21 rear tires are used. The front has 16.5 inch carbon ceramic disc with eight piston calipers and the rear has 15.7 inch carbon ceramic discs with six-piston calipers. It can come to stop from 186 mph in just about 902 feet.

The interiors of the Chiron is pure luxury, and you will not feel like you’re driving in a 261 mph monster with 1,478 horsepower. There’s leather, carbon fiber, brushed aluminum and all the goodies inside the two-seater cabin. It’s all very posh! Oh, you can also fit one briefcase in the front cabin. 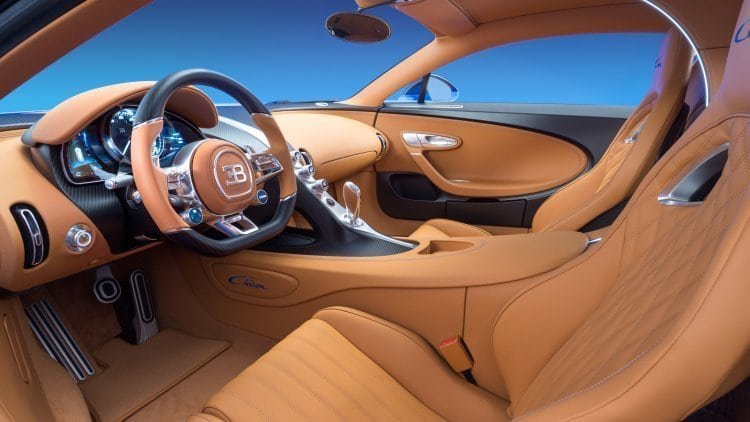 Bugatti will be making several variants of the Chiron, such as the Grand Sport, SuperSport, and Grand Vitesse. The car is named after Louis Chiron, Bugatti’s most popular race driver who drove the Bugatti Type 51 to victory in the French Grand Prix. Although the driver was related to other manufacturers as well, he was well known for driving the Bugatti.

For now, they’ll only be producing 500 Chirons and around 150 have already been booked. Once again, the Bugatti Chiron price is super high, $2.6 million to be exact.