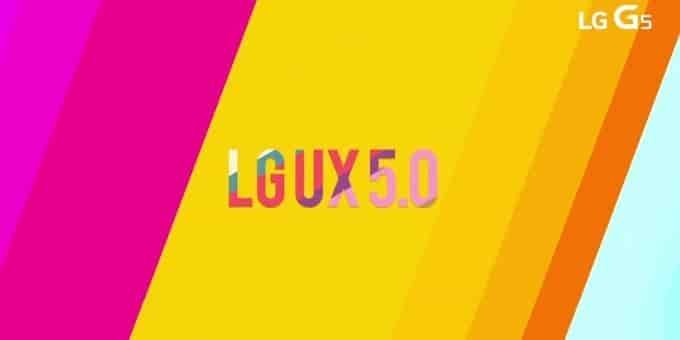 The new LG G5 comes installed with the brand new LG UX 5.0 user interface, which is LG’s version of Android for its smartphones.

Users who purchase the new LG G5 will be the first to experience the new UX 5.0 interface. Manufacturers usually apply their own interface over Android so users can differentiate between handsets. Samsung loads the TouchWiz on its smartphones, HTC has the Sense UI, and so on.

Therefore, LG has released a video to show what the new UX 5.0 interface looks like on the G5. It includes enhancements to the Home Screen, Camera interface, and includes several other LG apps.

LG has removed the app drawer in UX 5.0, but there is an option to bring it back if the user wants it. According to LG, having no app drawer makes things less confusing and faster. Some people liked the idea, others not so much.

The new UI also features an LG Friends Manager app, which allows you to easily connect the G5 to swappable modules. Remember, the LG G5 is the first smartphone to be available with a modular design, where you add extra hardware features.

The camera interface in the new UX 5.0 features easy to use Zoom that uses the dual-lenses at the back to switch between the 78-degree lens or the 135-degree wide-angle lens. Other features such as Auto Shot, Multi-View, Pop-out Picture, 360 Wallpaper, and Film Effect also enhance the usability of the G5.

For now, the new LG UX 5.0 will be available only with the LG G5, but the company has promised that other upcoming handsets will get the new UI as well. UX 5.0 is based on Android 6.0.1 Marshmallow. Find more about the UI and its features over here.