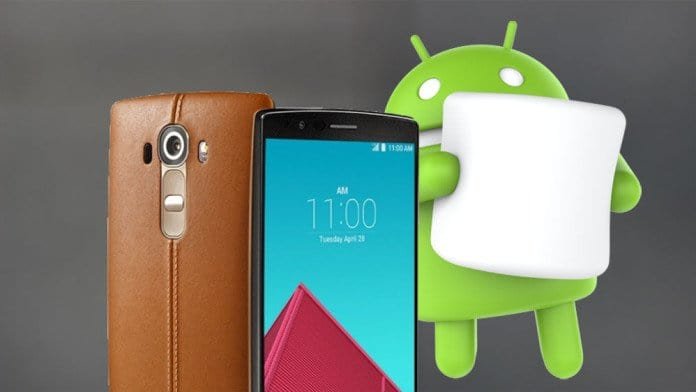 The LG G4 Marshmallow update for AT&T and T-Mobile users is now available for download and brings several new features and improvements to the device.

The G4 is LG’s 2015 flagship and several carriers have already seeded the Android 6.0 marshmallow update for the smartphone. The device has already received the update in South Korea, Canada and Europe. U.S carriers such as Sprint, U.S Cellular and T-Mobile have already released the update.

The T-Mobile LG G4 Android Marshmallow update started rolling out late last week. The update first arrived on LG Bridge, then was later seeded via OTA. The T-Mobile LG G4 Marshmallow build is H81120i and weighs around 963MB. If you haven’t received it yet, head over to Settings>About Phone and check for updates.

The AT&T LG G4 Marshmallow update started rolling out today and will be available soon if you haven’t received the notification yet.

The OTA update is currently being rolled out and is only available via OTA. The software update carries build number H81020n and weighs 971MB. The update includes video calling, apart from all the goodies that Android Marshmallow brings.

For both the updates, it is recommended that you’re connected to WiFi, have more than 50 percent of charge on your device and enough space. Once you hit the update button, the software should start downloading. After completion, and hitting install, your device should reboot, and you’ll get to enjoy some Marshmallow on the LG G4.