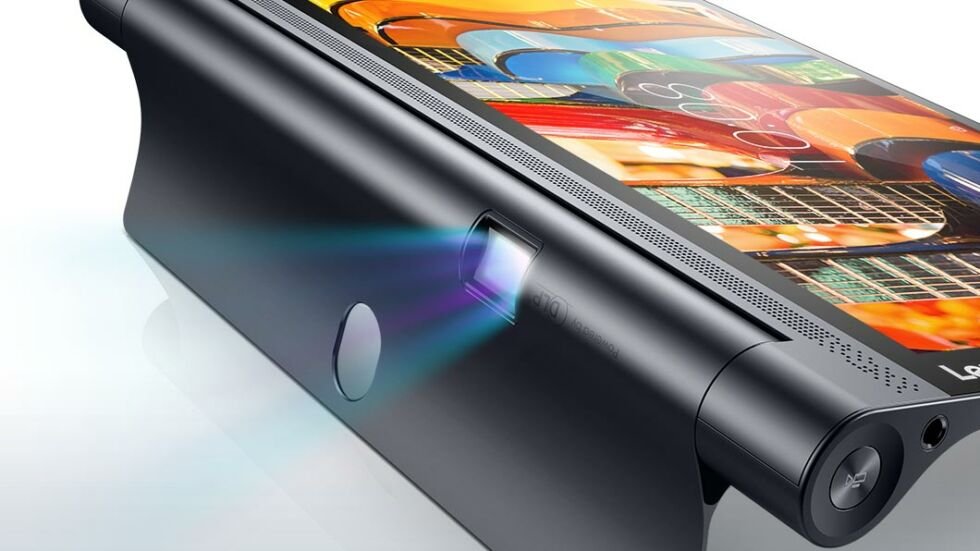 The Lenovo Yoga Tab 3 Pro has been launched in the Indian subcontinent, following the launch of the K4 Note and Vibe X3.

This isn’t a new tablet, it’s been available in other markets for a few months now, but Lenovo has now decided that more countries need to experience this one of a kind Android tablet. The China based company, is better known for its laptop offerings in India. However, in the recent times, the company has been pushing its smartphones in the country as well.

After releasing the Lenovo K4 Note and the Vibe X3 in India, the company now wants to give the citizens a taste of their latest Yoga tablet. The Yoga Tab 3 Pro has high-end specs, runs on Android and has a really cool feature that you probably won’t find on any other tablet.

The tablet is made from Aluminum, has a nice grippy leather-like back and runs Android 5.1 Lollipop. It features a 10.1 inch 2560 x 1600 display, down from the previous versions 13 inch display. A 2.2 GHz Intel Atom X5-Z8500 Quad core processor powers the tablet and there’s 2GB of RAM inside with 32GB of storage. The storage can be expanded via a microSD slot.

There’s a 13 megapixel camera at the back and a 5 megapixel front facing camera. You will find four front facing JBL speakers that will sound great thanks to Dolby Atmos. If you’re worried about battery life, there’s a 10200 mAh battery that should give at least 18 hours of usage, according to Lenovo.

The Yoga Tab 3 Pro also features a rotatable built-in projector that can project an image of 70 inches. It has a 50 lumen output, which is enough to watch your favorite movies and TV shows on your room wall. We don’t think you’d find this feature in any other tablet, except the Yoga Tab 2 Pro.

Lenovo is now selling this interesting Android tablet in the Indian market for about Rs. 39,500, which equates to around $580. The Yoga Tab 3 Pro will be available via Flipkart and Lenovo retail stores.