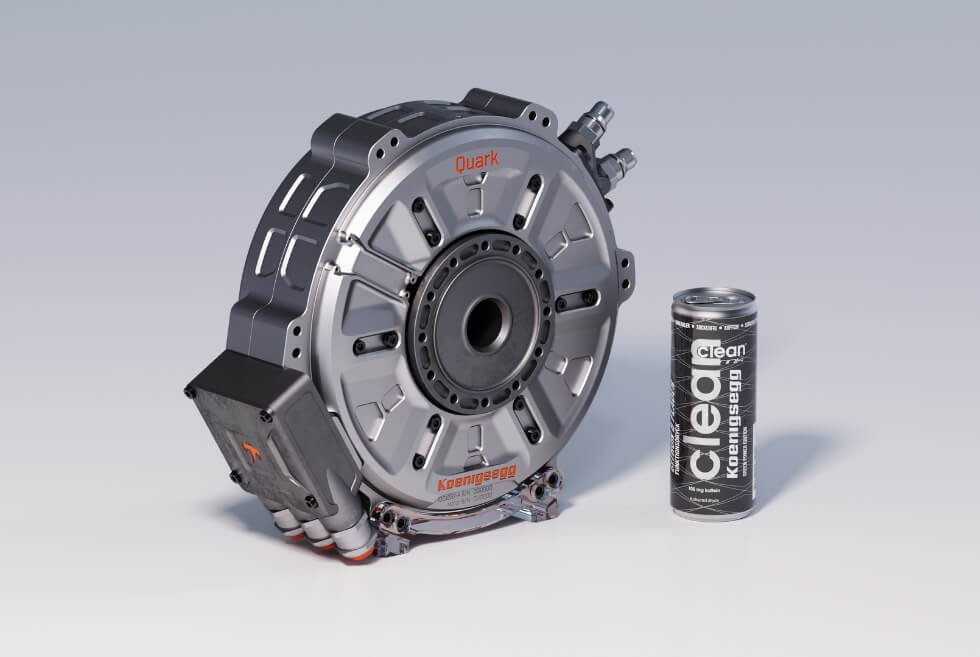 Now that almost all carmakers are already cooking up innovations for their sustainable platforms, we will be seeing some remarkable advancements soon. For years, Koenigsegg has been building some of the world’s rarest high-performance machines. Moreover, the manufacturer keeps their production run very low. The latest news to drop involves their Quark electric motor.

According to the details the Swedish marque shares, this cutting-edge component, along with other elements, will ship with the Gemera. This 1,700-horsepower hybrid hypercar is unlike any other available or in development as it seats up to four people. In fact, the company prefers to call it a Mega-GT which sounds appropriate given its capabilities.

However, what we are here to talk about is the emission-free segment of its powertrain. The industry already knows that there’s a 608-horsepower 2.0-liter twin-turbo freevalve inline-three combustion engine in there. Meanwhile, the rest of its setup includes three Quark motors which are within an assembly Koenigsegg calls the “Terrier.”

Supplying the juice is an 800V 10 kWh liquid-cooled battery pack. The charge then goes through an in-house inverter unit. With the naming convention they have been following so far, the Koenigsegg engineers are calling it “David” which is not a surprise. Still, the most fascinating part must be the Quark electric motors.

Each one of these is remarkably compact and images show the size relative to a 330 ml energy drink can. Despite the diminutive profile in contrast to others, the Quark can generate approximately 335 horsepower and 443 lb-ft of torque. All this from an electric motor that just weighs about 63 lbs. Koenigsegg hints at plans to market the technology for use in other applications. 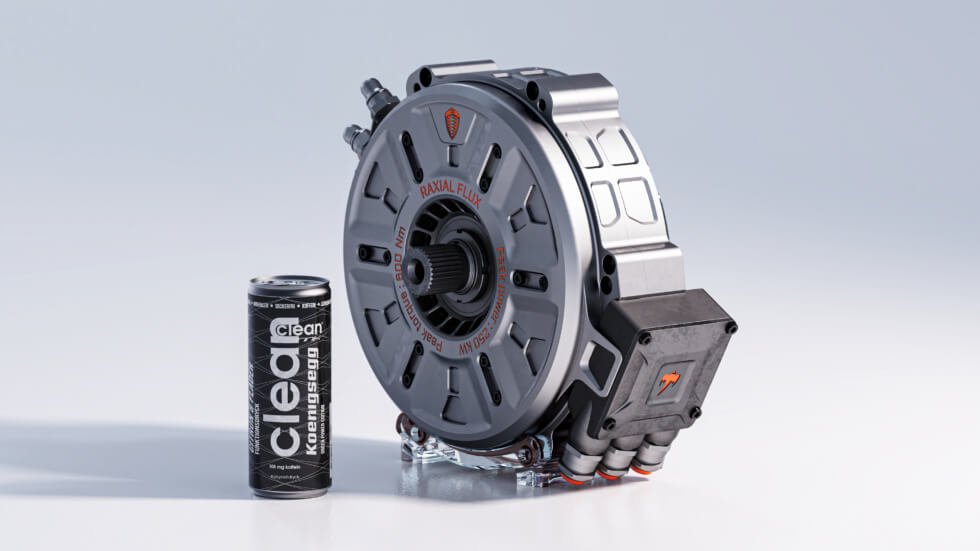 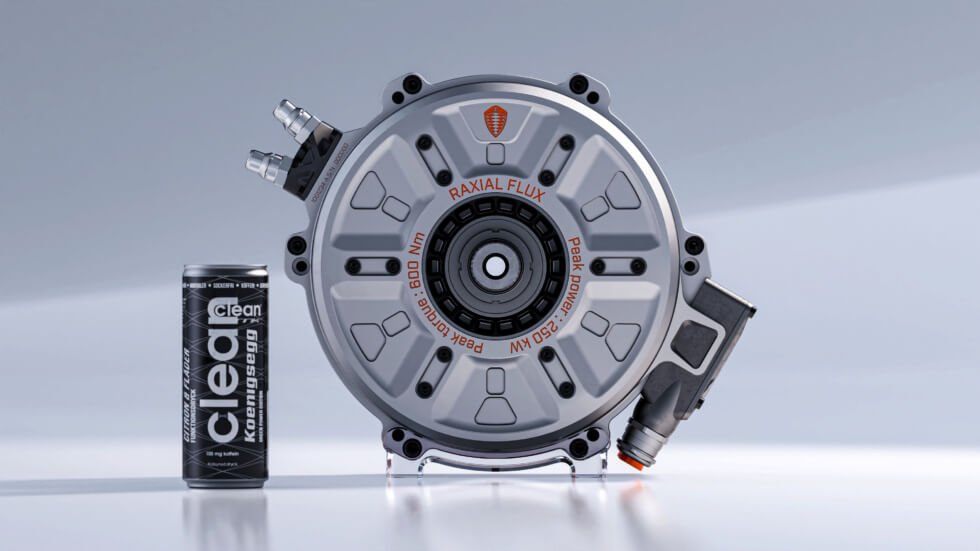 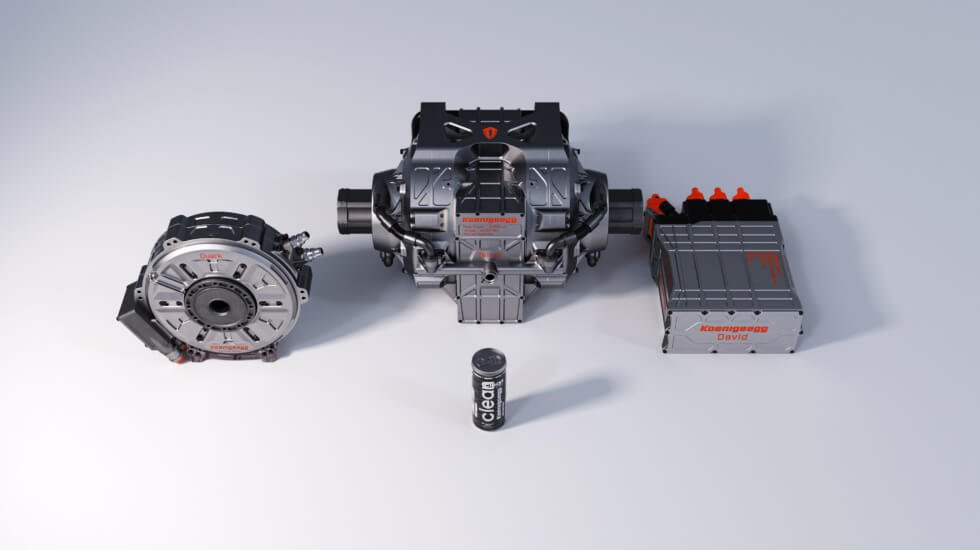 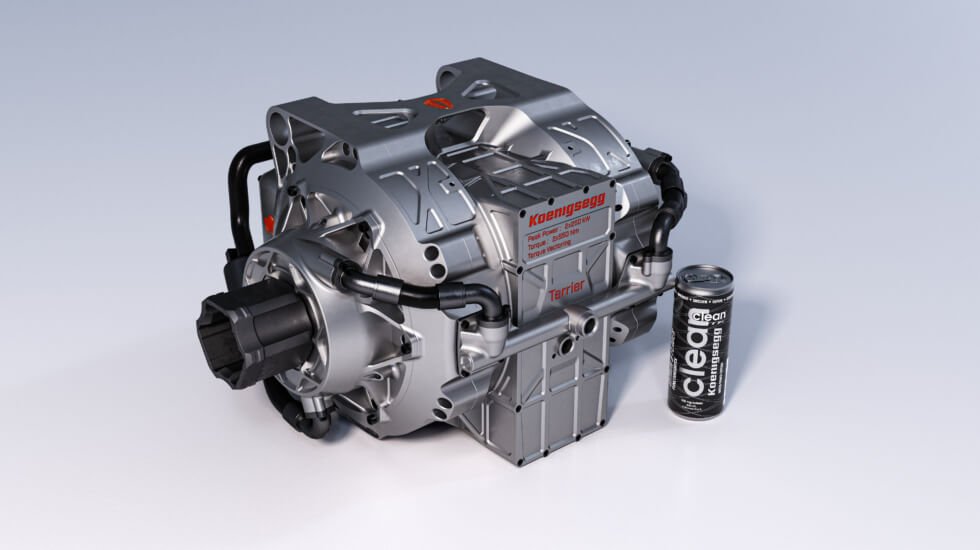 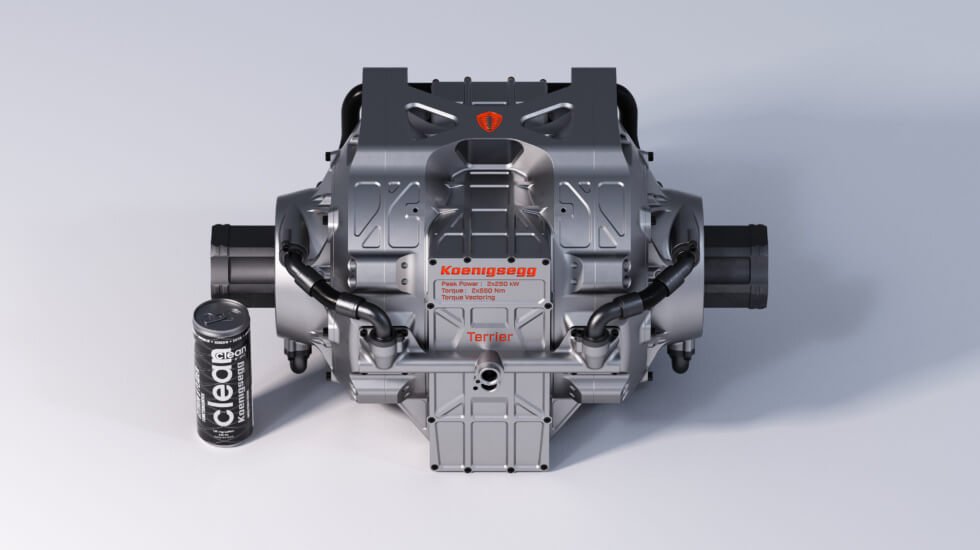