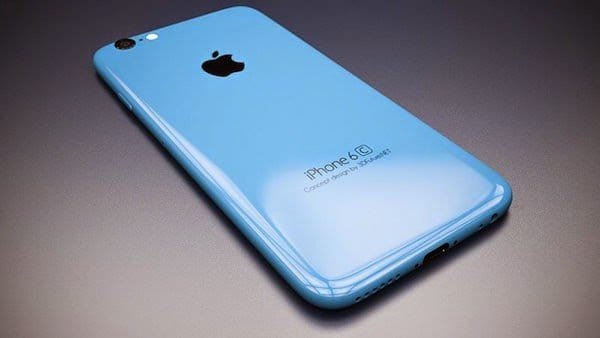 Another iPhone 6c rumor suggests that Apple will be including 2GB of RAM, A9 processor, Touch ID and a larger battery on the 4 inch device.

Previous rumors stated the same, so it probably looks like it’s going to be true. The current gen iPhone 6s and iPhone 6s Plus run the A9 processor and 2GB of RAM. Apple will include the same spec on the smaller 4 inch device as well, which is going to make work really smooth.

The iPhone 6c is said to feature the same screen as the iPhone 5, 5c and 5s, but it’ll not include the 3D Touch present in the latest iPhones. Apart from a faster processor and more RAM, the device is also said to include a larger battery. The iPhone 5s has a smaller 1570mAh battery, whereas the iPhone 6c will have a 1,642mAh battery.

Designed after the iPhone 6, the new 4 inch smartphone from Apple will feature a unibody metal body and 2.5D curved glass at the front. As for cameras, there will be an 8 megapixel shooter at the back and a 2 megapixel front facing shooter. It will be available in Space Grey, Gold and Silver, although other rumors say that Apple will sell the iPhone 6c in other colors like the iPhone 5c.

Recently, a leaked slide from China Mobile’s presentation showed that Apple is planning to launch the iPhone 6c around April. Weirdly, the China Mobile slide called the 4 inch device as iPhone 7c.

Sources from Foxconn say that Apple will start production of the device in January. The 16GB version of the iPhone 6c will most likely cost around $620. As the rumored release date gets closer, we’ll be hearing more about this device. We can also expect to see leaked schematics, case designs and other prototypes.

Will you be buying an iPhone 6c in 2016 or would you rather wait for the iPhone 7 and 7 Plus to be released in September.