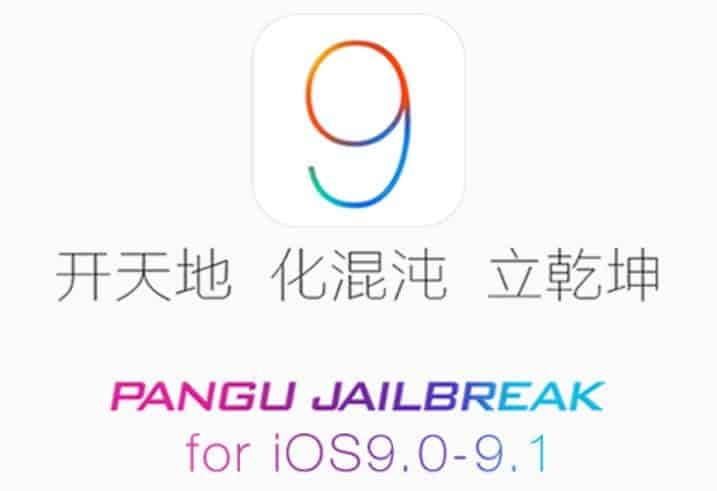 Pangu, the iOS jailbreak team, has released a new untethered iOS 9.1 jailbreak tool that is now available for Windows and Mac users.

Yes, you heard that right! While we’ve been eagerly waiting for an iOS 9.2.1 jailbreak, since that is the latest iOS version, Pangu has done something no one expected. And to be honest, we think this new jailbreak is sort of pointless.

For starters, most people who want a jailbreak are still on iOS 9.0 – 9.0.2 and cannot upgrade to iOS 9.1. And those who’ve already upgraded to iOS 9.2.1, cannot go back to iOS 9.1 as the signing window for the firmware was closed long ago. Only a few would be still running iOS 9.1 on their device.

The new iOS 9.1 jailbreak does have some limitations though. Only 64 bit iOS devices running iOS 9.1 can use the new jailbreak. This list includes;

According to Pangu, the kernel bug for this jailbreak was provided by Lokihardt, but the exploit was fixed by Apple in iOS 9.2. Hence, no iOS 9.2 – 9.2.1 jailbreak.

Pangu 1.3.1 for Windows and Pangu 1.1.1 for Mac are currently available for download. You’ll need one of the above mentioned devices running on iOS 9.1 to be able to jailbreak.

How to Jailbreak iOS 9.1 on Windows or Mac

The instructions to jailbreak iOS 9.1 on Windows or Mac are similar to the previous Pangu tools. You can refer to our how-to jailbreak guide to jailbreak your iOS device.

This shows that teams are still working on jailbreaks, which is good news for us. For those still on iOS 9.0.2 or the latest iOS 9.2.1, you may have to wait till the release of iOS 9.3. A public iOS 9.3 release should happen next week and we’ve been hearing about iOS 9.3 betas being jailbreak friendly. Who knows, we could have an iOS 9.3 jailbreak as soon as Apple releases it to the public.