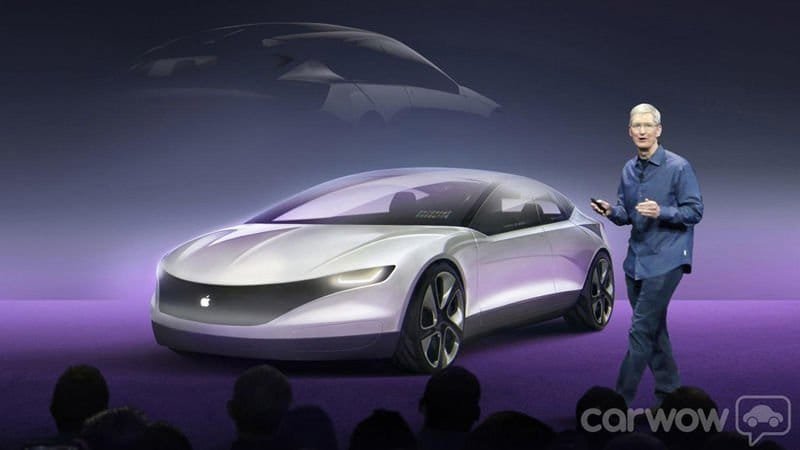 There have been rumors galore about Apple’s secret mission: creating an electric iCar that rivals Tesla. Every move Apple makes is scrutinized closely and taken as more evidence that the secret Apple car is indeed in the making.

The rumors and the speculation began in 2015 after Business Insider spoke to an Apple employee with knowledge on the subject. Codenamed Project Titan by the media, Apple is rumoured to have hundreds of employees working on creating an electric car at Apple’s campus in Sunnyvale, California.

Tesla CEO, Elon Musk thinks so. He said it was an “open secret” in the car industry. He went on to say that Apple has been hiring thousands of engineers, indicating that the company is indeed working on an electric car.

“It’s pretty hard to hide something if you hire over a thousand engineers to do it,” Musk said.

“I’d think there will be volume production no sooner than 2020,” he said about Apple. He also expressed his opinion on Apple’s efforts as a “missed opportunity” due to the late start.

Of course Apple CEO Tim Cook has always remained tight-lipped, keeping Apple’s secret mission a secret. But his response in an interview implied that Apple is indeed interested in an automobile.

“I don’t have anything to announce about our plans. But I think there’s some significant changes in the automobile industry over the next several years with electrification and autonomous driving. And there’s a need for a focus on user interface. And so I think there’s a lot of changes that will go on there.”

In yet another interview. Cook was asked to put the Apple car rumors to rest, but he refused to do so saying, “Yeah, I’m probably not going to do that.” He said Apple is filled with curious people who enjoy exploring new technologies and products.

His response to shareholders as recently as February 2016 adds fuel to the Appe Car fire:

Ever since the news of Apple Car began, there have been hundreds of concepts from various sources.

Some of the (so far) Imaginary iCar Concepts

Recent News on the iCar

Recently news of Apple spending a whopping $10bn in R&D costs which is three times more than what the company spent earlier, suggests that Apple is creating something bigger than a Mac, iPhone or an iPad devices.

Ford boss, Mark Fields said in a recent interview with BBC that the future rivals of Ford may be tech companies like Apple and Google, and not Audi and BMW.

He went on to explain that Ford believes that Apple is working on building a car and welcomes the activity in the automobile space.

“We welcome others joining. We welcome the activity that’s in the space. We think it’s exciting. It’s actually changed that we are embracing. So I think Apple can do it. I think Google can do it.”

All this may be speculation and the big car companies may be just going along with the rumors.

But why does Apple need Car-related domains?

MacRumours reported that Apple bought several car-related domains, such as apple.auto and apple.cars in 2015.

Even if you read nothing more into the above, Tesla called Apple, “Tesla’s graveyard” claiming that Apple has been hiring a number of Tesla staff.

Apple also bought new land in California which is said to be double the space of the Spaceship campus.

There are also reports that a new company, Faraday Future is the front of Apple’s automobile manufacturing, and Apple is funding the company heavily.

The Guardian also reported that Apple is already testing its electric car at a World War II Naval Base and not on the roads, to ensure the Apple Car is kept a secret.

Steve Jobs talked of an iCar as far back as 2008, and all these rumors may be actual steps being taken to fulfil his dream.

But when is the Apple Car being launched?

Going by what others have to say, perhaps a 2020 launch? We will only know for sure if and when Apple officially announces the launch of the Apple Car – ‘iCar.’ Until then, rumors will continue to keep the speculation and excitement alive.