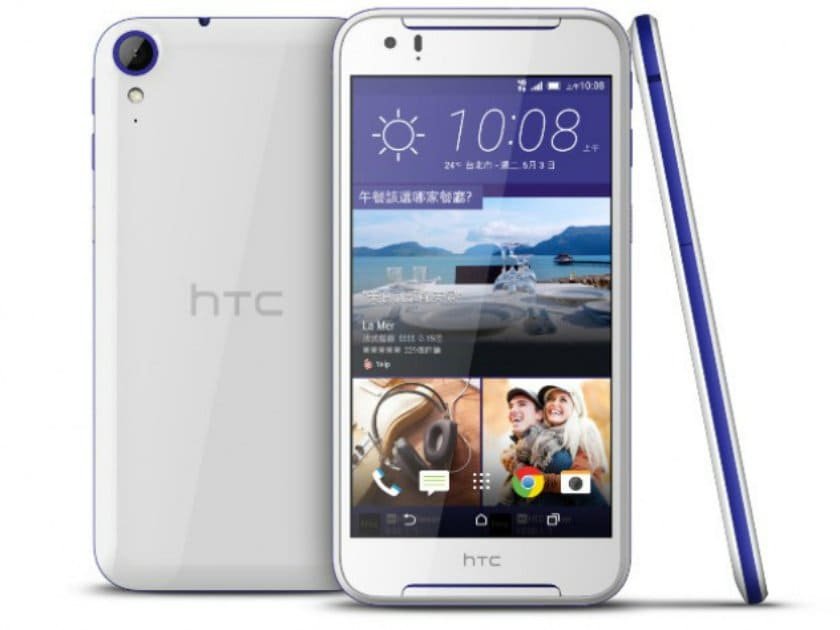 HTC has released another new mid-range smartphone called the HTC Desire 830 in Taiwan and is a replacement for the Desire 820 model. It features a large display with BoomSound speakers and a good camera.

The Desire 830 features a plastic body and is available in bright colors such as Blue or Red. Alongside this mid-range smartphone, HTC also announced the pricing for the Desire 825.

As far as specifications go, the Desire 830 is well-equipped. You get a 5.5 inch full HD 1080p display along with BoomSound stereo speakers in the front. There’s Dolby Audio onboard as well to give you that perfect stereo surround sound while you watch videos or listen to music.

The 830 is powered by a 64-bit MediaTek Helio X10 MT6753 octa-core processor that runs at 1.5GHz. There’s also 3GB of RAM and 32GB of internal storage, expandable via microSD up to 128GB. That’s good enough to keep the phone running smoothly even with multiple apps open.

The Desire 830 has a rather small 2800mAh battery but comes with Quick Charging tech. The MediaTek chipset is quite efficient, so it shouldn’t be a problem to for the battery to power the phone for at least a day. It comes with Android 6.0 Marshmallow out of the box, which should further help with improving the battery life.