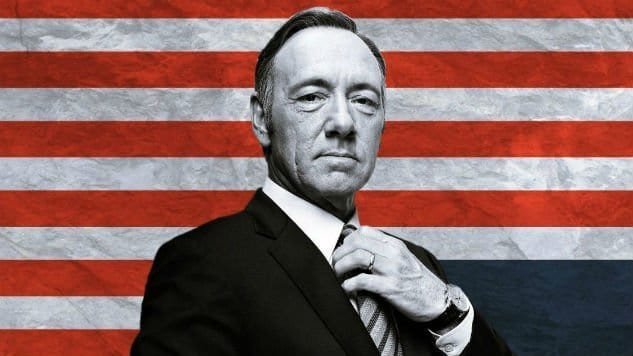 Netflix has sanctioned House of Cards Season 5 while people are still waiting for Season 4 to hit the streaming service.

House of Cards is a Netflix original series that has several awards and nominations. Fans of the series are waiting for Season 4 to arrive in March. At the end of the third season, Frank Underwood, the main character, has a breakdown while in the Oval office. His wife, Claire Underwood, tells him that she’s going to leave him.

The Season 3 finale was shocking and fans are restless to know what happens in Season 4. Will Claire leave Frank? What’s going to happen to Frank’s dreams? There are a lot of questions that need to be answered in Season 4.

However, that’s not the main worry for Netflix as of now. House of Cards creator and showrunner, Beau Willimon, will be departing the show. Willimon has been the source of most of the episodes throughout the four seasons.

“I’m grateful to Netflix and MRC, my fellow executive producers, our two incandescent stars Kevin Spacey and Robin Wright, our talented writers, as well as the incredible cast and crew with whom I’ve had the privilege to work. After five years and four seasons, it’s time for me to move on to new endeavors, but I’m supremely proud of what we’ve built together, wish the show much continued success, and leave it in the hands of a very capable team.”

That’s bad news, but despite that, Netflix has announced that House of Cards Season 5 will happen. The company didn’t announce who would replace Beau Willimon, but it looks like they have something planned.

House of Cards has become a household name ever since its debut in 2013. Therefore, whoever is replacing Willimon, will have to do a damn good job.

Season 4 of House of Cards will be released on Netflix this March 4th. Filming for Season 5 should start soon, and if all goes well, we should see House of Cards Season 5 released around February or March 2017.