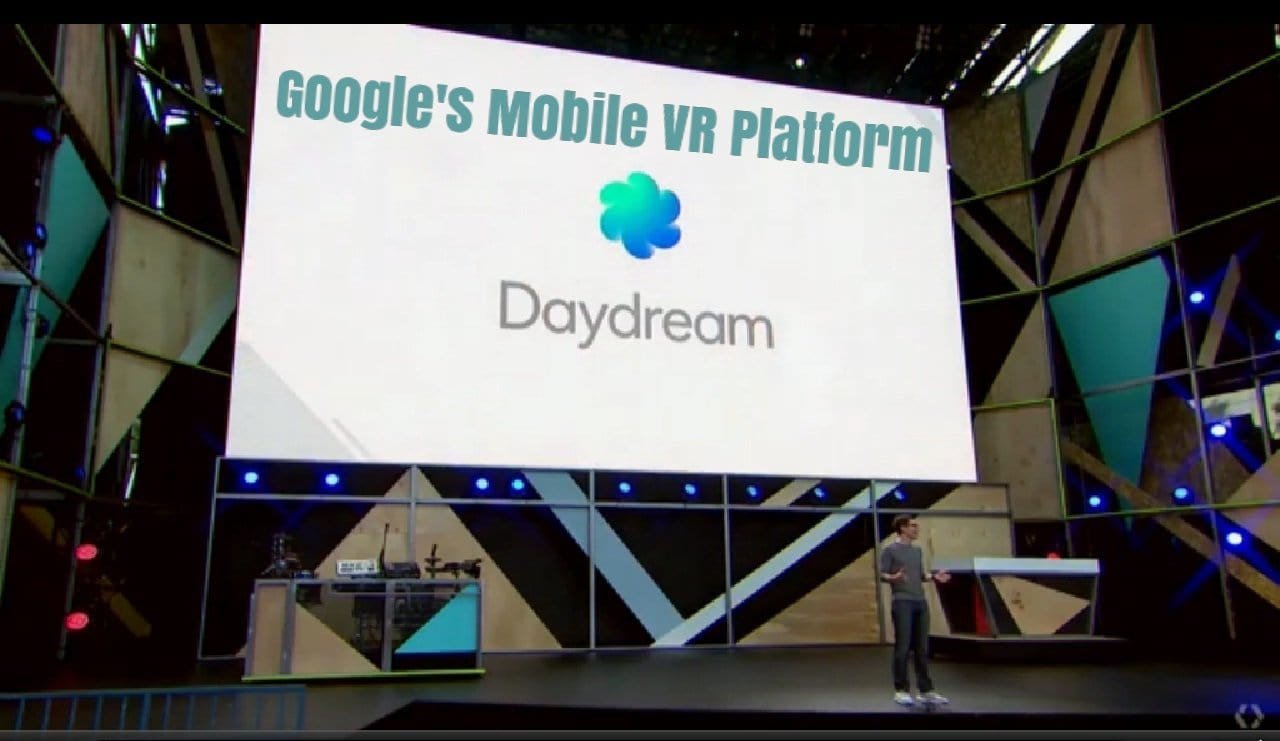 Google I/O event on May 18, ended months of speculation over Google’s virtual reality successor to Cardboard that prompted millions of people to transform their smartphones into ad-hoc VR headsets. We now know that the latest Google VR platform is called ‘Daydream’ which is built on top of Android N.

Google announced that Daydream ready VR viewers, motion controllers and phones will be available towards the end of the year.

In total contrast to Google Cardboard that worked with almost all smartphones, Daydream is a mobile VR system that works only on higher-end new generation phones running the Android “N” version.

Google VR Daydream headsets are more advanced than the disposable Cardboard that was released two years ago, but they are not expected to be as sophisticated as Facebook’s Oculus Rift or HTC Vive. There is also nothing like augmented reality or spatial mapping.

But the affordability factor could help reach more people longing for a VR experience, including offering them better games and applications.

According to Google, at least eight manufacturers, including HTC, ZTE, Asus, Alcatel, Samsung and Huawei will make phones that are Daydream compatible.

The phones will be equipped with special screens and sensors, which the existing phones don’t have.

During the I/O event, Google said it will develop a range of Google VR headsets that will be comfortable and durable than its ultra-cheap Cardboard headset. It will first make one and give the design guidelines to other manufacturers.

Google Daydream is a smartphone headset that works more like a 360-degree movie in 3-D that you watch sitting down at a single spot. Moving around won’t make a difference. In comparison, Vive offers full position tracking, where images on the headset change to reflect your movements around a room.

However, a wireless Motion Controller puts Google ahead of other smartphone headsets. Google Cardboard and Gear VR only give you the option to push a button on the headset as you move your head.

Google’s motion controller senses motion and allows you to swing it like a tennis racket when you play tennis in VR, use it like a fishing rod when fishing, a steering wheel when driving – offering a superior Google VR experience.

Earlier leaks talked about Android VR and at the I/O event, Google confirmed that there will be a feature called the Android VR Mode in the latest version of Android “N.”

Android VR Mode will optimize VR app performance and help users with navigation inside virtual reality. It also adds a few software techniques to help bring the motion latency down to below 20 milliseconds.

In terms of Daydream software, Clay Bavor, Google’s vice president of virtual reality, said during the I/O keynote that Google’s VR team has focused on particular performance metrics like motion latency, bringing latency down to under 20 milliseconds.

he said, “These improvements are part of the core of Android N, so the entire ecosystem can benefit.”

Users can access apps and content while using the headset via a Daydream home screen. At Google I/O, the company gave us an early look of a forest landscape, inside which Google has created special VR versions of YouTube, Google Play Store, Google Photos, Play Movies and Street View.

Google also said it’s working with several media companies to create apps for Daydream. Streaming platforms like Netflix and gaming companies like Electronic Arts and Ubisoft are also roped in.

You will need the latest phone running Android “N” for the screen and computing power, Google VR headset and motion controller to sense motion.

The following is the design shown at I/O.

No price was announced but Daydream headsets will certainly be more expensive than Google Cardboard that sells for as little as $15; and much cheaper than the high-end VR systems like the Rift and the Vive that cost several hundred dollars and also require a powerful PC with excellent graphics.

Daydream headsets are expected to be closer to Samsung’s Gear VR selling at $100.

The price difference will eliminate cardboard, give you better materials and offer a hands-free VR experience.

If you’re not interested in investing in the latest Android phone, you can continue using Google Cardboard, as it doesn’t seem to be going anywhere. We say this based on a recent update to its iOS YouTube app.

** Daydream will not work with Apple iPhones.