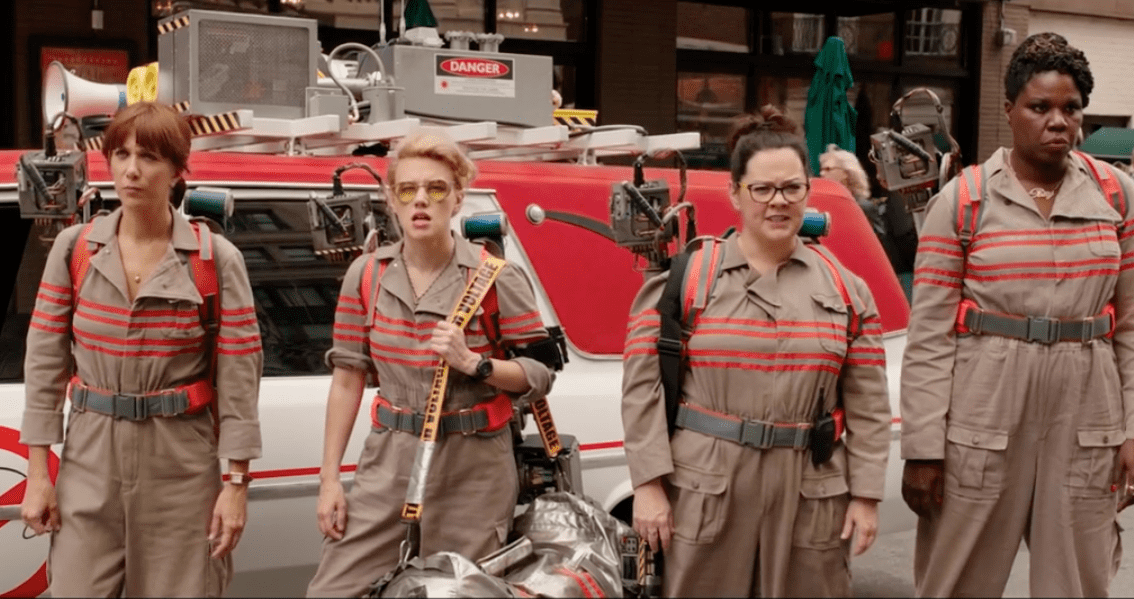 Sony Pictures has released the first Ghostbusters trailer and it looks great. The new movie is a reboot, but has its roots tied to the original.

The new Ghostbusters movie has an all female cast, unlike the original, but continues the mayhem. This is the first trailer for the new movie.

“Ghostbusters makes its long-awaited return, rebooted with a cast of hilarious new characters. Thirty years after the beloved original franchise took the world by storm, director Paul Feig brings his fresh take to the supernatural comedy, joined by some of the funniest actors working today – Melissa McCarthy, Kristen Wiig, Kate McKinnon, Leslie Jones, and Chris Hemsworth. This summer, they’re here to save the world!”

Watch the new Ghostbusters trailer after the break.

The main cast for the new movie includes; Kristen Wiig, Melissa McCarthy, Kate McKinnon, and Leslie Jones as the Ghostbusters. Chris Hemsworth will play the receptionist.

The plot of the movie is that some bad people create a device that amplifies paranormal activity and only the Ghostbusters can stop it. This new movie, like the original, is a comedy and with Kate Mckinnon and her face expressions, you’ll never not be laughing.

More Ghostbusters movies will be coming after this, according to the director. This is only the beginning and plans for new movies, including an all-male starring Ghostbusters is also in the books. A game is also in development by Activision and should be out alongside the movie.