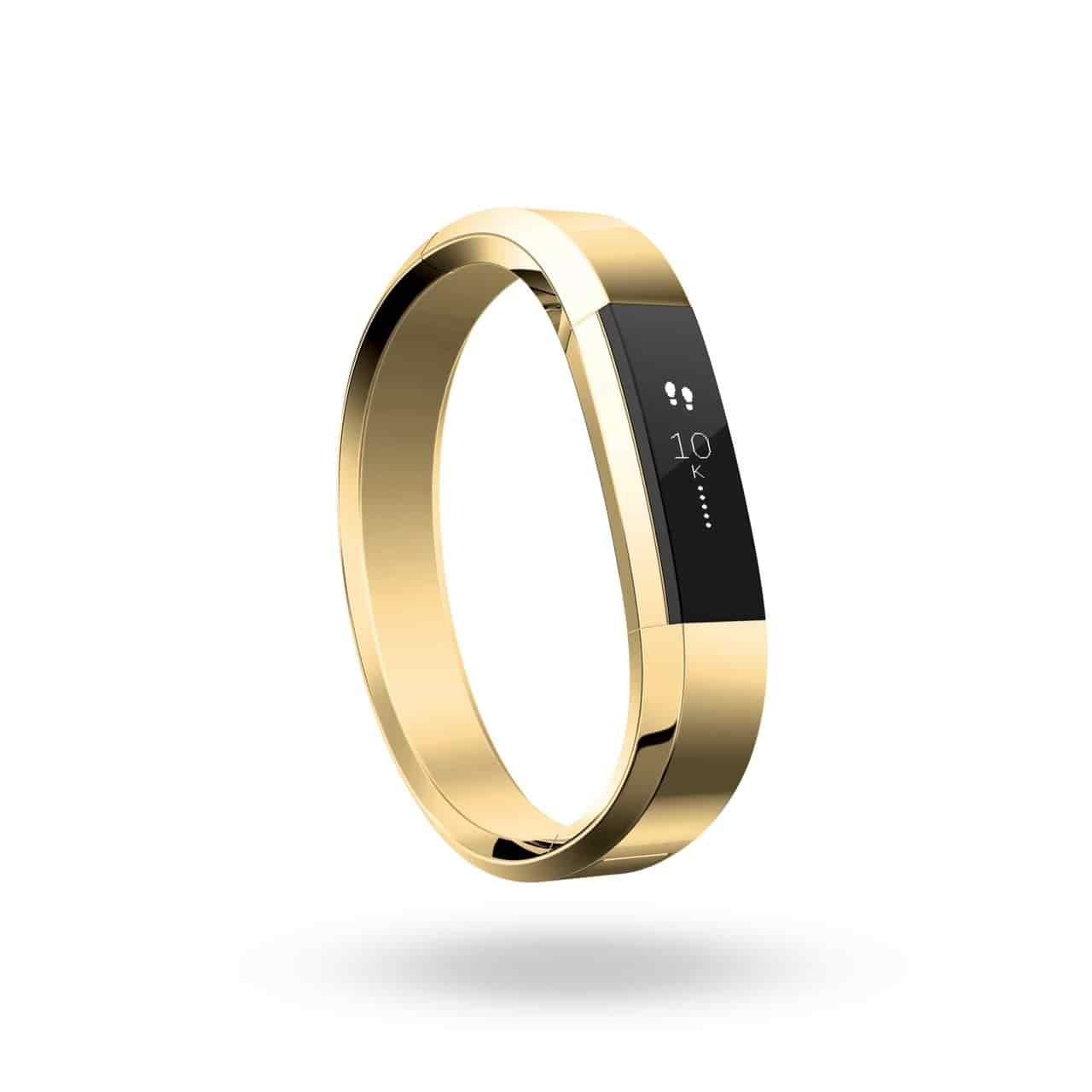 Motivation is your best accessory with new Fitbit® Alta™— a slim, sleek fitness wristband that’s as versatile as your personal style. Stay motivated with a suite of new activity features and smart notifications right on your wrist, and find the right style for every occasion with interchangeable accessories. Wear fitness your way with Fitbit Alta.

The Fitbit Alta is a newly released fitness tracker that comes with replaceable bands, lets you receive calls, texts, and has a 5-day battery life.

The Fitbit Alta has also received very good 4 or 5-star reviews from over 78 percent of buyers. It has also become one of the top-selling fitness trackers on Amazon and also achieved top ranks in the Pedometer category.

Fitbit has been leading the wearable industry thanks to its reasonably cheap fitness trackers. However, they want to remain on top and are afraid that other manufacturers such as Apple, Motorola and Samsung will take its spot. The smartwatch can do everything that the Fitbit can and more. However, smartwatches are expensive.

Fitbit has announced that over 1 million units of their new Alta fitness tracker have been sold since its launch on March 9th. That too, in the first three weeks alone.

The Fitbit Alta is more focused on fashion, but it doesn’t mean it can track fitness. The Alta can do everything that the previous Fitbit Charge could and then some more. Yes, it replaces the Fitbit Charge, by the way. You can get a leather or metal band for your Alta, but these are optional extras. Out of the box, the Alta still comes with rubber bands like their other models.

The Alta also gets a full OLED touchscreen that shows all kinds of activity information and even provides text and call alerts. You can scroll through the notifications and other information, which the previous Fitbit Charge didn’t allow.

The Alta can be paired using Bluetooth to an iPhone, Android smartphone or a Windows Phone. It will receive notifications from all the different OS as long as the Fitbit app is installed on the device. That’s one of the major selling points of the device, cross-platform integration.

For those who’re only after the fitness tracking skills of the Fitbit, you will not be disappointed. There’s a new Smart Tracking feature that can tell when a user has started exercising and starts tracking automatically. It will also ping you when you’re not productive.

If you’re not into buying a smartwatch and just want a band that tracks your fitness, then there’s nothing better than the Fitbit Alta at the moment. You can buy one from Fitbit for $130. The leather band will cost you $60 extra and the steel band, a $100 more.

The latest Fitbit Alta update brings new changes to its design. Unlike the Fitbit Blaze, which got a software update as well, the Alta got a new Special Edition model and some bands.

You can buy on for $99 on Amazon! Check on Amazon

The new Alta Special Edition Gold series with 22-karat gold plated body will cost you $149. You also get other special and designer bands. More on it over here.

Fitbit is in some sort of trouble after the initial euphoria early in the year. Overall, the wearable fitness gadgets are experiencing some sort of stagnation in terms of growth. The BlackFriday sale announced by FitBit does save some money for customers but it is largely seen as precious little coming in late to help shore up the sagging fortunes of the company.