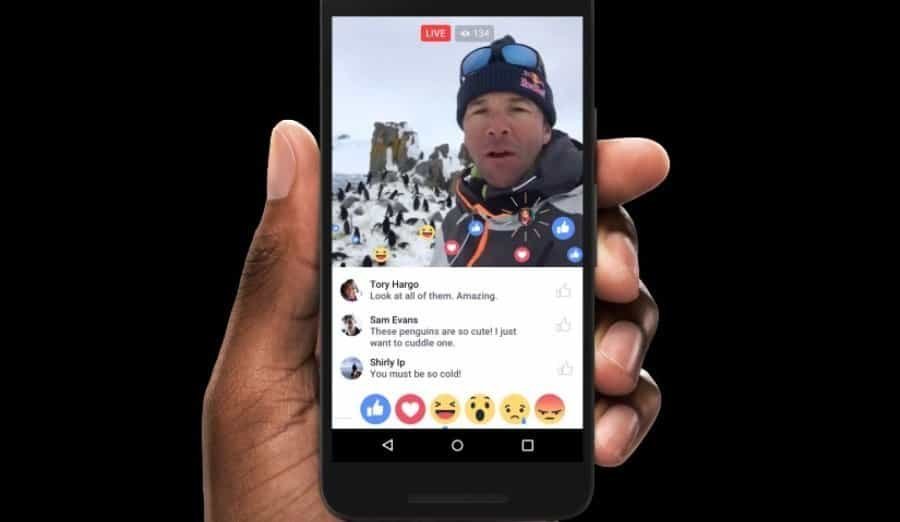 Facebook Live Updated With a Host of New Features

Facebook Live is a live streaming tool that allows you to show off your escapades in real-time, and it just got a little better with interesting new features. You now have the ability to post your own streams to your timeline.

Facebook CEO Marc Zuckerberg said, “Live is like having a TV camera in your pocket. Anyone with a phone now has the power to broadcast to anyone in the world.”

Ever since its launch last summer, Facebook Live which was initially given to public figures has been rolled out to all users in the US. Now some interesting features have been added to help you personalize your live broadcasts.

Facebook is trying to make it easier to find live video. Live video will now have a dedicated spot on its mobile app. From here, you will have easy access to videos from people close to you or live videos on topics that interest you. You can also search for live and non-live videos, or create your own Facebook live broadcast by tapping on the new video icon.

You will now be able to restrict the viewing of your broadcast to specific Facebook Events and Facebook Groups only. For example, if you’re part of a foodie group, you can share you cooking video live with them. You can broadcast your graduation ceremony event live to your parents who could not make it. You can also use Events to hold live Q&A sessions.

We already have Reactions on Facebook news feed. Now the same reactions can be used in real time during a live broadcast and watch them stay right there on the video screen for a few moments before disappearing.

As a broadcaster, Facebook Live allows you to interact with people; receiving comments and responding to them. Now these comments can be replayed for those who watch the video later, enabling them to see all the interaction that has taken place during the live broadcast.

Five new Live Filters have been introduced to help personalize live broadcasts. Facebook promises to provide the ability to doodle or draw on live video, in the future.

Facebook Live Map for desktop will allow you to explore public live broadcasts currently happening around the world.

Invite a friend who you think might want to watch a live video with you. Simply tap on the invite icon and select the recipient of your invitation.

It isn’t clear exactly how extensive this roll out is going to be.

The company said that the new Facebook Live features will be coming to iOS and Android in the next few weeks.

Join the Q&A with Chris Cox about Facebook Live.