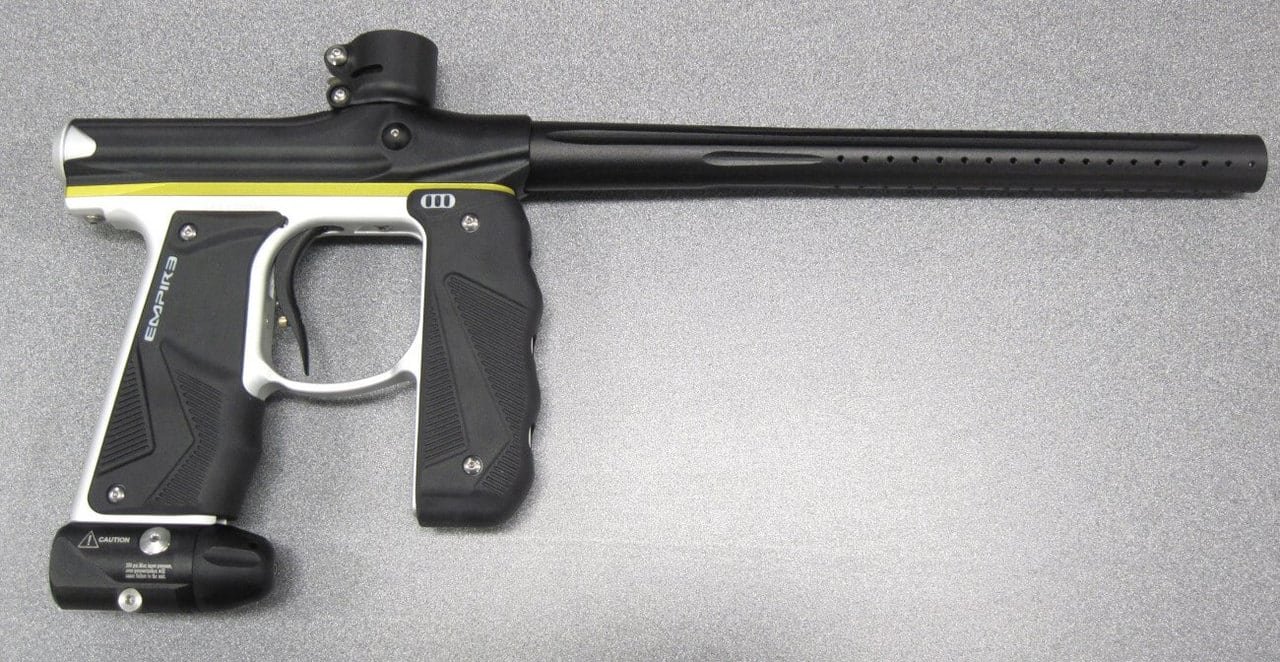 Products Mentioned in this Review:

Look book of the Mini GS

The Empire Mini GS has gained quite the reputation among the paintball community for being one of the best intermediate paintball guns under 300 dollars on the market currently. Empire took their first Mini and improved on the areas players felt were lacking on the initial gun, in doing so they have created an absolute beast. This marker has become one of the most cost-effective guns you can buy. Perfect for the intermediate player looking to upgrade from their starter marker, the Empire Mini GS beats out any gun in its price range while also having the same quality and feel of a high-end expensive marker. I really don’t want to sound like I’m hyping this product up but boy oh boy, the Empire Mini is nothing but a quality speedball marker. While its primary design and use is catered towards speedball, this paintball gun could be used in any game type. Let’s look into what the Empire Mini has got going for it. As per usual, I’ll give you guys the quick summary first, and then any notable specifications later down the page. 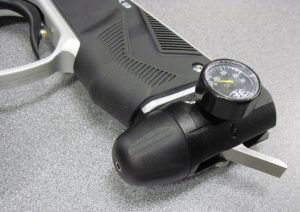 One of the most well received improvements of the Mini GS is the On/Off ASA switch. This allows users to degas their HPA tanks much easier thus leading to an easier tank removal, which in turn helps prevent damage to the gun’s O-rings. Currently you can purchase an ASA switch for the original Empire Mini for approximately $80-$100, but when the Empire Mini GS is only a $50 upgrade from the original Empire Mini marker, it’d be foolish to not just purchase this paintball marker instead. Not to mention the other additional features included. 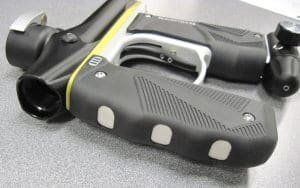 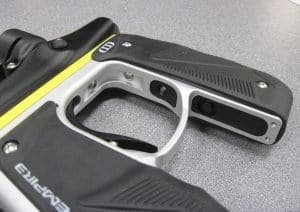 One of the biggest gripes users had with the original Empire Mini was the lack of grip around the gun. Playing speedball and handling paintballs can lead to some oily hands, and having to firmly grip a metal finish is quite the task. Empire recognized the problem that players were having and opted to add in a sleek rubberized fore grip on the marker, making it extremely comfortable and much easier to hold. They also restructured the frame around the trigger, allowing for more space for your fingers to float above the trigger, previously players felt their fingers were too cramped when near the trigger due to its smaller area.

In my opinion this is the coolest feature Empire included in the Mini GS, a self lubricating trigger that reduces friction to allow for a smoother trigger pull. This shows to me that Empire was truly concerned about the player’s experience with the marker and that they were set on having this gun be a smooth and enjoyable use.

Empire recognizes where its Mini GS stems from, giving a nod back to the Invert Mini and Empire Mini with their trademark model, and with that they realized that some players won’t want to give up what they’ve built on their older models. Acknowledging that possibility, they allowed for the Empire Mini GS to be able to take all internal upgrades and components from the previous models – the Invert Mini and Empire Mini. 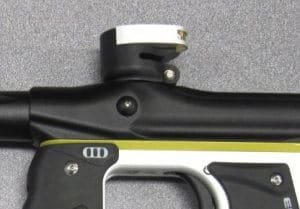 On the predecessor to the Mini GS, the Empire Mini did not have a clamping feedneck. This led to some problems for players finding that if their hopper didn’t align with their gun after being put into the neck then it was too bad so sad, they would’ve had to deal with it being unaligned (which I don’t think anyone could deal with). Now, the Mini GS has a clamping feedneck allowing for an adjustable tightening grip around your paintball hopper’s neck, as well as allowing for you to keep your hopper aligned with the Mini GS.

Criticisms of the Empire Mini GS

Hit or Miss Purchase – A fair amount of buyers have reported that their Empire Mini GS upon purchase was a complete disaster. My best guess was that it was poor quality control from Empire as this is a common occurrence. Generally, the problems that buyers experience that reveal they received a “miss” Mini GS are some of the following: Solenoid breaks, HPA tanks leaking air, and lower than normal FPS at standard PSI (Approximately 30-40 FPS lower, even after tuning attempts). If your Mini GS marker does experience these issues straight out of the box, then immediately seek a refund for your purchase or exchange it for another Mini GS. Typically (unless your really unlucky) your next Mini GS should be a good one. This is also the only reason I rated the gun 0.1 off of perfect, due to its poor quality control.

Small Frame – Although there is no rule of thumb to this claim and it is strictly based off preference, if you are a taller individual or have larger hands, you may find that the Empire Mini GS is extremely uncomfortable to hold and to fire. Fortunately for you, there is a fix – The Empire Axe. The Axe is exactly the same paintball gun as the Empire Mini GS, just in a larger size, catering towards larger players.

The Empire Mini GS is without a doubt the best speedball marker for its price. Perfect for an intermediate player who’s not trying to spend a crazy amount of money while still trying to get the same capabilities of a high-end gun. The Empire has combined cost-effective with quality, functionality, and accessibility. While I do caution you to be wary that you may get a “miss” Mini GS, simply return it and you should be on your way. More than likely you will get a good one on your first purchase and you’ll find very quickly why this gun is so heavily praised. Purchasing this gun will never be a bad idea. Keep on paintballing!

If you are interested in purchasing the Empire Mini GS, you can find it here at Amazon.com

What’s your opinion on the Empire Mini GS? Let me know in the comments, if you provide good insight I might include you in the article!

Meal preparation is never an issue on the Highland 60 as the rear door swings open to reveal a robust kitchen setup.

Cardenxe Sotol De Desierto: Take A Break From Tequila And Sample This Sublime Spirit Instead

The combination of three Dasylirion varieties which are abundant in the desert is likely where Sotol De Desierto gets its name from.

Wristwatches come in many shapes, sizes, and complications. It’s entirely up to the manufacturer to stick with a conventional design or develop unique timekeeping mechanisms. Luxury watchmakers like Ulysse Nardin…

The Delta 9 THC Gummies are the latest addition to Infusionz growing lineup and are a must-try for all enthusiasts out there.

The Private Jet Villa is a converted Boeing 737 turned into a luxury hotel that has two bedrooms, two bathrooms, an infinity pool, a garden, and other modern amenities.