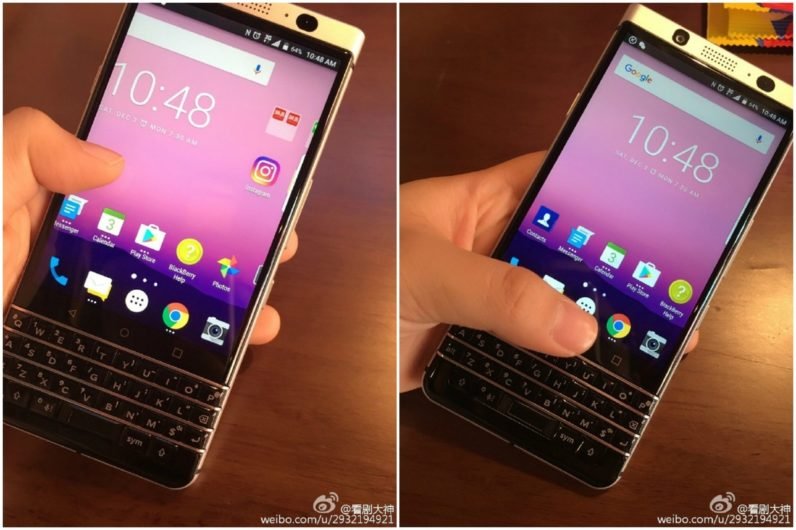 After the DTEK 50 and DTEK 60, one Last Keyboard Smartphone From The Blackberry Stable was promised by the CEO John Chen some time ago. At that time, the rumor mills had christened the yet to be seen offering as DTEK70. Weibo (Chinese social network) has now released the images of what is now named as Mercury. The phone looks pretty similar to BlackBerry Priv though the keyboard is seen fixed in its place. Another deviation from the Priv is the navigation buttons which instead of being on-screen is capacitive.

Last Keyboard Smartphone From The Blackberry Stable Leaked – Can it succeed in the market?

The BlackBerry Priv was not a roaring success for BB, by any yardstick. Therefore, at this point in time, we can only make a huge guess on how this farewell offering from BlackBerry is going to be lapped up by avid BlackBerry fans. For now, there is only an indication that Mercury will be the last QWERTY phone from the house of BlackBerry. But, if that turns out to be true, that will be the end of a very long innings.

In the past decade or so, the smartphone industry evolved rapidly and BlackBerry can blame only its own complacency during the early days of this evolution. By the time BB caved in and adopted Android, it was perhaps too little and too late. BlackBerry has charted itself a different course by carrying its strengths in the areas of security and software to connected automobiles. In this segment, BlackBerry has carved out its place. The deal BlackBerry signed with Ford Motors recently should be the beginning or a long and profitable journey encompassing many other automotive manufacturers around the globe.

BlackBerry CEO, John Chen has also stated that the company has plans to license other manufacturers to make BlackBerry phones while focusing on the software segment. Chen also added that licensing deals are already being discussed with companies around the world. Presently, one company from China and another from India are in the race on photo finish state.

No release date has been set for the ‘Mercury’ from BlackBerry as yet. However, it is expected that die-hard BlackBerry fans will be able to get their hands on this phone by early 2017. Or, can it be a Christmas gift?