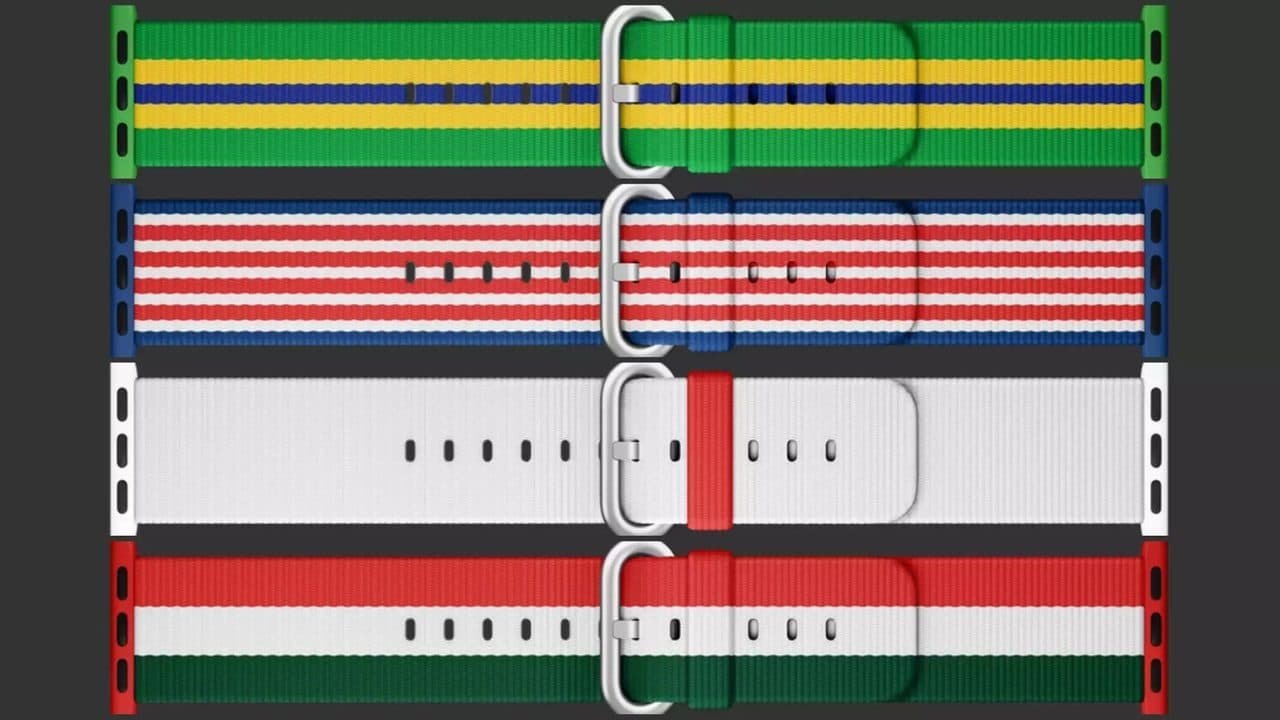 This news, first reported VIA GQ publication, reveals that these watch bands will be available this August.

But the question you should be asking is – where do we get these Apple Watch bands?

Only in an Apple Store located at VillageMall, in Barra da Tijuc, to the west of Rio de Janeiro.

A trip to Brazil means you not only get a chance to watch athletes compete in the 2016 Rio Olympic Games, but you’ll also be able to get your hands on one of these unique watch bands, with national flag motifs from 14 different countries.

The new Apple Watch Bands are based on the woven-nylon strap that Apple introduced earlier this year, and they cost $49 each.

Some athletes competing in Rio already got their hands on these Apple Watch bands.

Team USA sprinter – Trayyon Bromell – showed off a snazzy American Apple Watch band on his famous wrist this week on Twitter. The Watch is just beneath his tattoo of the Olympic rings.

So there are two ways of getting Apple’s new watch bands, fly to Rio or be a top athlete.

Apple calls the Apple Watch its most personal device ever and has been working on making Apple Watch bands more personalized and interesting.

In addition to its collections of leather, metal and sporty watch bands; Apple also introduced nylon straps in March.

In April, the company collaborated with luxury fashion houses like Hermes and Coach, to introduce new Watch band styles. (The Coach website states that it has already sold out its Apple Watch offerings.) That’s not all, there are many third party Apple watch bands that are much cheaper than Coach, Hermes and even Apple.

While the Rio watch bands may look pretty sweet and well designed at $49; they may not actually lead to an increase in Apple watch sales, even if they are limited-edition.

But all eyes are on the new hardware – Apple Watch 2 – and the next-generation operating system – watchOS 3 – expected to roll out this September.

Since you can’t buy the country-themed Apple Watch bands anywhere Apple Watches are sold, or even order them online; the only way to get your hands on them is to be at the 2016 Rio Olympics.