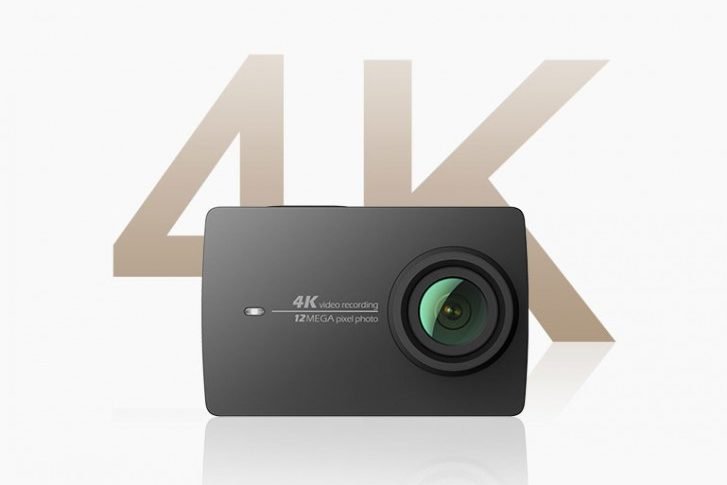 Xiaomi has released a successor to the YI camera they launched last year, the updated Xiaomi YI 2 4K action camera, which now has a better camera and bigger battery.

When Xiaomi released the original YI last year, it was a very good action camera for those who wanted something in a budget. The camera performed as good as the GoPro and got decent reviews as well. However, it didn’t have a very good battery life and lacked 4K video recording.

With the YI 2 4K action camera, as the name suggests, the camera can now record in 4K. Xiaomi hopes to compete with the newer GoPro Hero 4 range of cameras.

The action camera comes with electronic image stabilization thanks to a six-axis gyroscope. The GoPro Hero 4 lacks this feature, so there’s a plus point for the YI 2.

Apart from that, the action camera comes with dual band WiFi, microSD slot, Bluetooth 4.0, built-in speaker and a larger 1400 mAh battery. The bigger battery can record up to 2 hours of 4K video. According to Xiaomi, the camera will last longer than the GoPro. There’s also a 2.19 inch LCD display at the back of the device that’s covered with Gorilla Glass.

Another highlighting thing about the new Xiaomi YI 2 4K action camera is the price. Yes, it’s much cheaper than the GoPro Hero 4, despite it using the same mainboard. The camera is available in White, Black, and Rose Gold color options. It is up for pre-order on Gearbox for a price of $249. It’ll be sold in China for 1199 yuan.