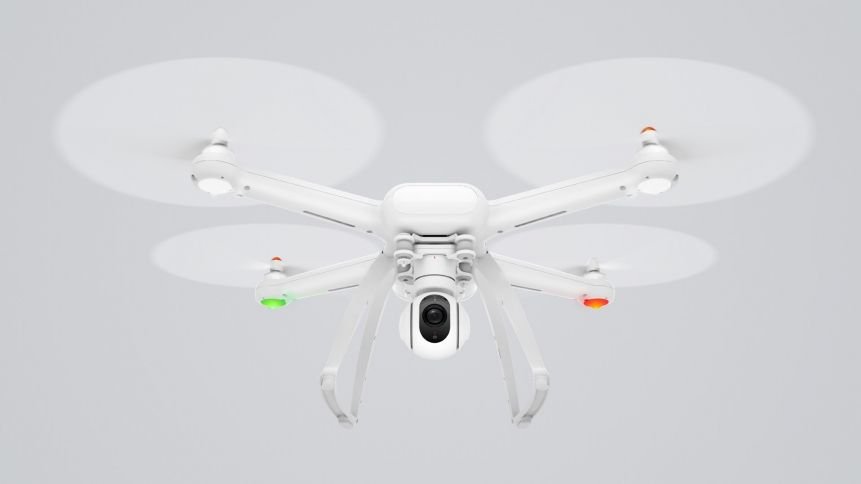 Xiaomi has leaped on to the drone market with the announcement of their brand new Xiaomi Mi Drone, which is a powerful yet affordable 4K drone.

The company from China has grown very rapidly, and is currently one of the top 5 smartphone manufacturers in the world. Their goal is to bring premium products to everyone with an affordable price.

Their smartphones such as the Xiaomi Mi 5 have received great reviews and is one of the best Android smartphone you can buy right now. They also sell other popular products such as the Mi Band, Mi Box, Mi Portable charger and the Mi TV. Now, they’ve entered the growing drone market.

The Xiaomi Mi Drone looks good and has the specs to compete with some of the other Drone makers in the market, such as DJI.

Xiaomi will sell two different variants of the Mi Drone, one that shoots 1080p video and the other that does 4K video. Otherwise, both the drones are similar in design and features. Both feature 4 propellers that come with detachable shields. The removable camera is attached using a 3 axis gimbal, which can stabilize video and correct up to 2000 vibrations a second. 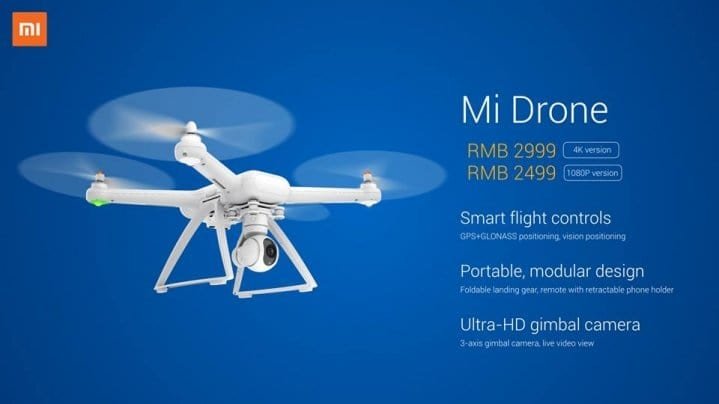 The drone can fly for around 27 minutes on a full charge, thanks to its 5100mAh battery. It has a range of 2 kms thanks to dual PCB antennas. It also comes with several autopilot features such as; automatic take-off and landing, waypoint flight path planning, tap to fly on map, circle an object on the ground, and return to home on low battery.

Fear you’re gonna lose track of your drone when flying long distances? Worry not, as the Mi Drone comes with GPS, GLONASS, and vision-based positioning. Live feed is available via a connected Mi smartphone and real-time location tracking for the drone is also available.

Most drones face the problem of portability, however, the Mi Drone is quite easy to carry and is light as well. It has a modular and foldable design, which means it’ll fit inside a decent sized backpack with ease.

An open beta program for the Xiaomi Mi Drone will start in July, but the company hasn’t given any official release date or whether it’ll be sold outside China. The 1080p version of the Mi Drone will be crowdfunded on Xiaomi’s own site and will be available for shipping in July. For more information, go here.