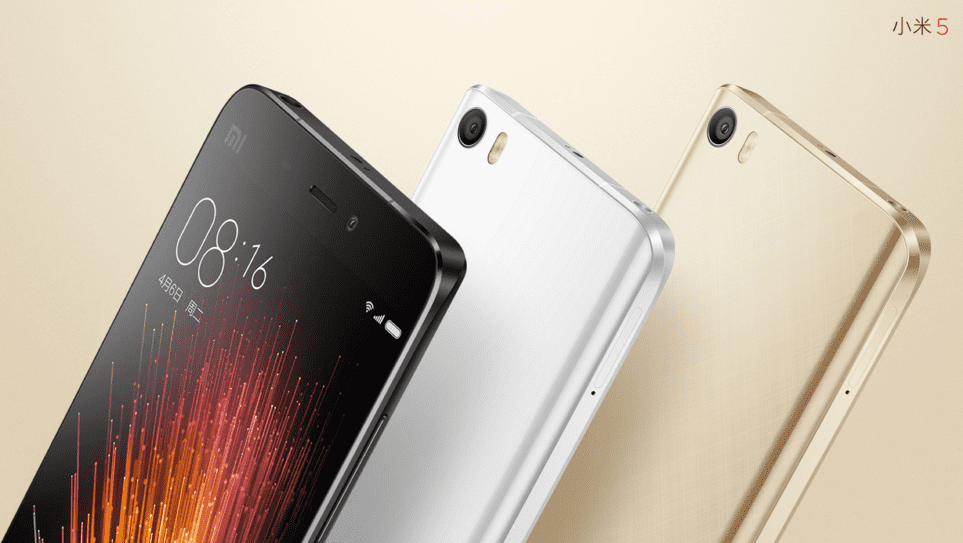 Xiaomi Mi 5 Announced: Here’s All You Need To Know Including Price and Release Date

The Xiaomi Mi 5 is finally official, as it was announced at MWC 2016, after almost two years since the release of the Mi 4.

This budget smartphone from Xiaomi is a true beast when it comes to performance. As of now, there’s no better Android smartphone available at the price that the Mi 5 is being offered at. The specs are top of the line, the design and build are impressive and you get all the features you’d expect from a high-end smartphone.

The Mi 5 comes in three variants, namely, the Mi 5 32, Mi 5 64 and the Mi 5 Pro. The Pro version is the most powerful version and scores a whopping 142,084 on Antutu benchmark. That’s a higher score than the recently released Samsung Galaxy S7/S7 Edge and the LG G5, both flagship devices.

Xiaomi has done an excellent job with the Mi 5. The device features a curved back with curved edges that make the Mi 5 a very comfortable device to hold. It’s just 7.25 mm thin and weighs around 130 grams. The Mi 5 Pro gets a Ceramic back, which is said to be a very hard material, rated at eight on the Mohs hardness scale. Steel is rated at 4.5 and diamond scores a 10. The other two versions of Mi 5 get a glass back and metal frame.

The only difference between the three models is the Ceramic back cover on the Mi 5 Pro and the storage. Also, the 32GB version of the device is slightly downclocked at 1.8GHz. Here are the complete Mi 5 specs;

Xiaomi has also included a Home button with a Fingerprint sensor on the Mi 5. The company has replaced the standard eMMC flash storage, which most smartphones use, with UFS 2.0 flash storage. The new flash storage is significantly faster than before.

The pricing for all the three variants has been revealed. The Mi 5 is truly worth the money and if you’re looking for a powerful smartphone that’ll beat most other expensive devices, then you should definitely get one.

Regarding availability, folks in China can buy the Mi 5 from Mi.com starting on March 1st. The company then plans to launch the device in India, most likely towards the end of March. It would then be released in other markets around the world. The pricing could differ from the above mentioned Chinese prices when it is released in other regions.