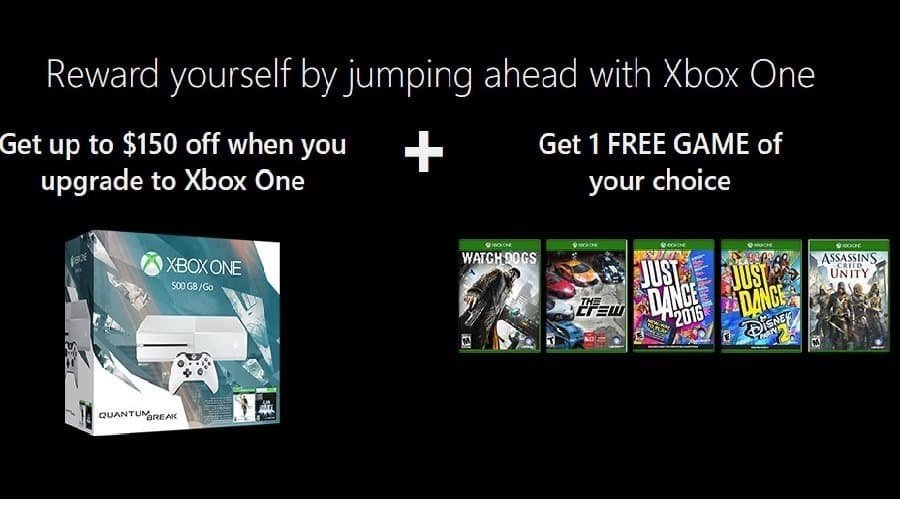 Microsoft is making an interesting offer to Xbox 360 users who upgrade to Xbox One.

Through Xbox Live Rewards for Xbox 360 users, all upgrading customers will receive up to $150 off the Xbox One and a free game of their choice.

Choice of Free Games for Upgrading from Xbox 360

If you’re an Xbox 360 user, you don’t have to worry about losing the titles you already have. Microsoft has announced Xbox One backwards compatibility on hundreds of Xbox 360 titles, with several new titles being added in the next few months.

You can experience all your favorite Xbox 360 titles on your brand new Xbox One, at no additional cost. This means you don’t have to pay to play the games you already own.

Xbox One backward compatibility works with both disc-based games and digital titles. The advanced features of Xbox One like screenshots, Windows 10 steaming and Game DVR will make your gaming all the more interesting. Here is a full list of backwards compatible titles for Xbox One.

The Xbox Live Rewards offer is valid through April 30, 2016.
You will find further details here.