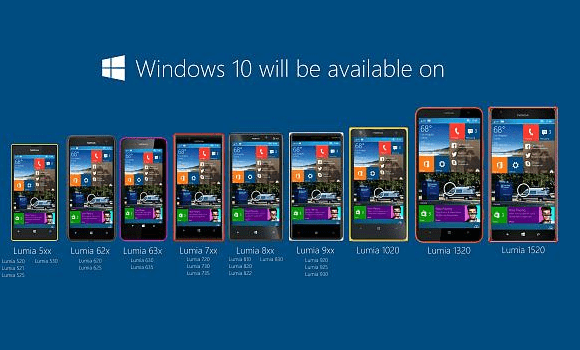 Windows 10 Mobile Update: Supported Devices Will Get the Update Soon

The Windows 10 Mobile update will be pushed to all supported Windows Phone 8.1 devices later in this month, says Vodafone Australia and Movistar Spain.

Windows Phone 8.1 Denim users were supposed to get the update late last year, some time in November- December. That, however, did not happen and people are still waiting for the update to arrive.

Vodafone Australia stated that they’re waiting for test builds of the Windows 10 mobile and that the update should arrive by the end of January. Whereas, Movistar Spain said that they will be releasing the update to users in the middle of this month. If this happens, it would be a good start to 2016 for Windows Phone 8.1 users.

The Lumia 950 XL will get the Windows 10 mobile out of the box. Lumia 630, 640, 640 XL, 730 and Lumia 930 are expected to get the update first, followed by other devices. Also, 8GB of internal storage is required to run Windows 10 and not all supported devices will get all the features of the latest update.

Are you waiting for the Windows 10 mobile update? What are the features you’re looking forward to?