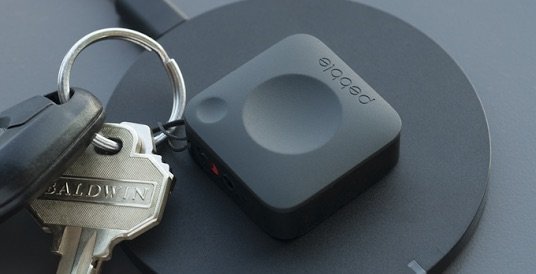 What is Pebble Core and Why You Will Want One

Coming from the company that pioneered smartwatches, it’s no surprise that the Pebble Core is a device that appears to be the first of its kind.

What sets this device apart from all the mainstream fitness trackers created before it is the same functionality that Apple’s iPod Shuffle has successfully wooed its consumers with — an uncomplicated, uncompromising functionality sans the help of a screen.

Sure, there are other screenless fitness trackers enjoying their fair share of the fitness tracker market today, but none of these fitness trackers actually possess all the hardcore hardware and software that the Pebble Core features — a built-in 3G modem, a dedicated GPS, and a hackable Android OS paired with an amazing ability to play Spotify anytime, anywhere.

To get a clearer picture of what this device has to offer — think about having both your iPod and your fitness tracker packed all together in one puny gadget… You won’t need anything else.

While most users justify bringing their cellphones to their run with reasons that include the need for music (already addressed by the Core through its Spotify-on-the-go feature), and the need for something to communicate with in cases of emergencies, the Pebble Core also comes with a feature that addresses emergency issues.

Its ability to connect to a 3G network allows it to send emergency text messages whenever the need arises.

Users also have the option to set up a dedicated command using the gadget’s single button feature — like getting an Uber.

One more standout feature of the Pebble Core is its design — its screenless, cube-like body made out of rubber and polycarbonate can be worn by its users however they want to.

It can be worn with a band like a watch, connected to a chain and worn like a necklace, or it can be used as a keyfinder or a part of one’s keychain. The possibility can actually be endless.

The only problem users will encounter with this device is the difficulty of actually getting their hands on one — pre-order can be done though it seems like the devices appear to have already been sold out, or at least as of writing.

The shipping date for Pebble’s Kickstarter backers, however, is set to January — which is likely the same month the device will be made available for users to buy in participating stores.

The Pebble Core is included in Pebble’s latest Kickstarter campaign — which has so far received overflowing support with over $6 million in pledges from its original goal of $1 million, with more than 30 more days to go for the campaign as of writing.