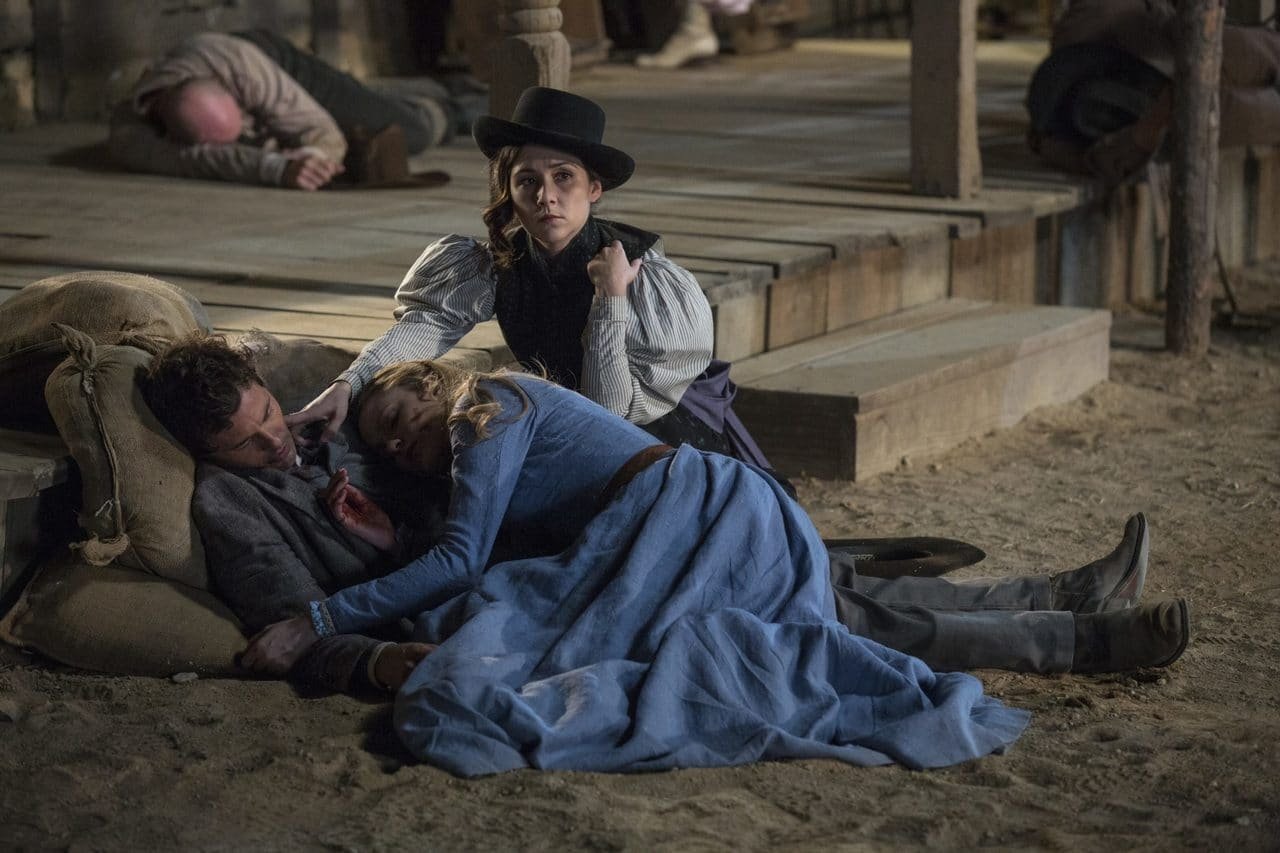 Westworld Season 2 might be featuring a whole new set of characters altogether — if rumors about the show’s plot for its upcoming season actually prove to be true.

Subtle hints found during the show’s season finale for season one suggest that Westworld Season 2 might be set in another park — therefore the need for a whole new set of cast and characters for the upcoming season.

Devout fans of Westworld can’t help but notice what seemed to be subtle hints of what’s to come in Westworld Season 2 towards the end of the season finale of the show’s first season.

In addition to the conspicuously displayed letters ‘SW‘ on one of the walls during Maeve’s escape, Samurai-looking hosts were also shown in the finale — in what seems to be either just an affirmation that many other theme parks exist, or a hint on what theme park the show will be set in Season 2.

Could a Westworld Season 2: Samurai World possibly be happening?

While actor Ed Harris did confirm that ‘The Man in Black’ will indeed return in Westworld Season 2, whether or not his character will remain a mainstay still remains to be seen.

With that said, the show’s second season being set in Samurai World is still very much possible at this point, though there is no guarantee that it will definitely be happening.

Whatever the outcome is, however, Westworld Season 2 is still expected to impress, nonetheless.

HBO has just attributed a huge part of HBO Go’s success to the hit shows Westworld and Game of Thrones.

Time Warner CEO Jeff Bewkes happily told investors during a conference call last week that the platform has now reached over 2 million subscribers — leading some to wonder whether HBO would push for an earlier release of Westworld Season 2 in lieu of the original 2018 schedule.

HBO Programming President Casey Bloys told Entertainment Weekly, however, that he suspects Westworld Season 2 won’t be out until 2018.

Ford and Elise in Season 2?

While creators of Westworld Season 2 have remained mum over what the show has to offer as it finally returns to air next year, the deafening silence surrounding the highly anticipated second season of the HBO hit show leaves much room for speculation.

Despite the apparent deaths of the characters Ford and Elise during the second season, many are hopeful of their return in Westworld Season 2, and director Jonathan Nolan may have hinted that this is highly possible by admitting that the show’s ruleset on death and resurrection are unlike any other that he’s ever worked on before.

Nolan also emphasized that fans should “assume nothing”, except for the fact that Westworld Season 2 is going to be well worth the wait.

Will Elise Still Be Around?

Westworld Season 2 director Jonathan Nolan may have warned everyone to assume nothing, but it looks like fans of the HBO sci-fi hit show can assume one thing: Bernard will still be around during the show’s next season.

Actor Jeffrey Wright himself has previously confirmed his character’s return to the show during an interview with Rotten Tomatoes.

But is Elise still going to be around?

Despite the odds and despite her apparent death during the show’s first season, recent Westworld Season 2 spoilers suggest Elise will likely be back in Westworld in its forthcoming season.

As to how and why this is so, still remains one of Westworld Season 2‘s current biggest mysteries, it seems.

Will Ford Still Be Around?

Fans of the HBO hit Westworld are well assured that Westworld Season 2 is definitely happening, despite the fact that the highly anticipated second season seems to involve a lot of waiting.

Entertainment giant HBO officially renewed the star-studded sci-fi hit show for a second season back in November of last year, but producers of the show cautioned eager fans that Westworld Season 2 might not be happening until sometime next year.

The much-awaited second season isn’t expected to hit the screens until the later part of 2018, but Westworld director Jonathan Nolan explains that Westworld Season 2 will be well worth the wait. Speaking to Variety, Nolan was quoted as saying:

“We won’t be on the air until 2018. We started that conversation with the network when were shooting Episode 2 and we realized the complexity of trying to write and produce the show at the same time.”

Nolan also noted that as far as their schedules are concerned, 2018 isn’t really bad at all.

That doesn’t mean, however, that viewers will no longer see him during the show’s upcoming second season.

During an interview with Entertainment Weekly, Nolan himself hinted that Ford’s return is still very much likely.

Responding to a question on whether or not actor Anthony Hopkins, who played the role of Ford in the show’s first season, only signed up for one season on Westworld, Nolan replied:

“We were very lucky to have one amazing season with Anthony Hopkins. We loved working with him. As for the show, where it goes, the characters—we’ve well established we’re playing in a more advanced ruleset in terms of death and resurrection than other [projects] I’ve worked on. So I would say: assume nothing.”