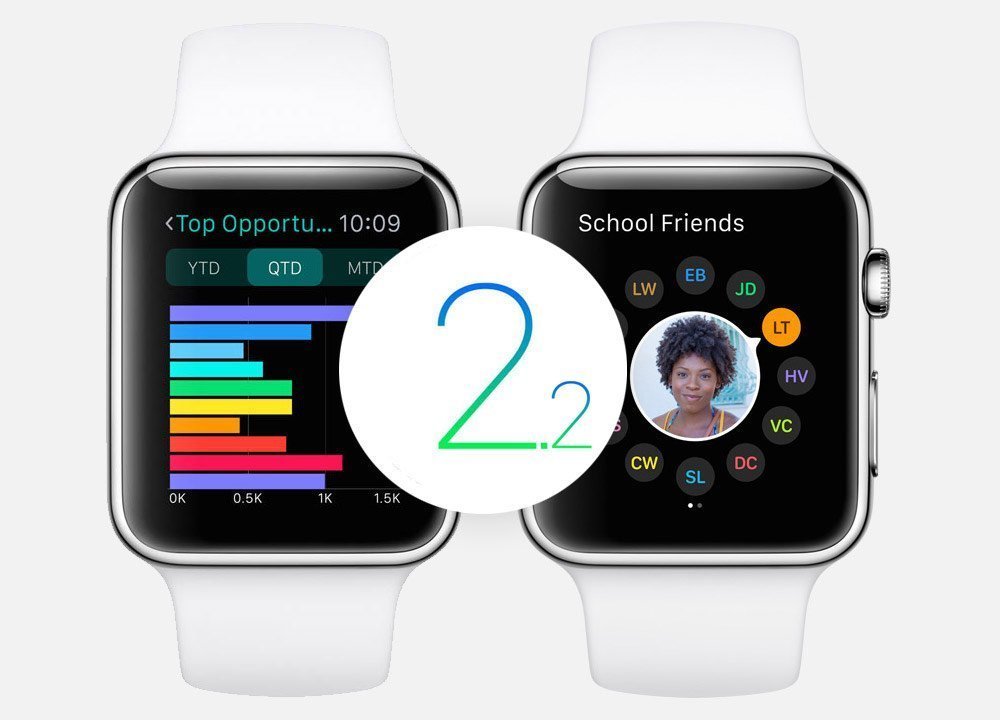 Apple has seeded the watchOS 2.2 beta 4 to developers today. If you’re an Apple Watch developer, you should receive the new update via OTA on the Apple Watch companion app on your iPhone. Make sure your iPhone is running the latest iOS 9.3 beta 4.

The third beta comes two weeks after the second and almost a month after the first one. We aren’t sure what’s new with the latest beta, but we’ll update this article as soon as we know more.

The watchOS 2.2 beta 3 is available via OTA on the Apple Watch app, and you’re going to be running on iOS 9.3 beta. You could also download the update from Apple’s developer website. Apple has also released a new beta for iOS 9.3.

Update: Jan 28, 2016 – Apple is currently seeding the second watchOS 2.2 beta to registered developers and it includes an updated Maps app.

The first beta was seeded almost two weeks ago and also included updates to the Maps app. Previously, you could only view your location and transit directions on the Apple Maps app.

With the new update in watchOS 2.2, you can search without using Force Touch and get travel directions to your home or office, etc., from your current location.

The latest Maps update on watchOS 2.2 also adds Nearby search, which was introduced in iOS 9 last year. When watchOS 2.2 is announced later this year, hopefully in March, you’ll be able to use the Nearby feature. The feature lets you find places of interest, stores, restaurants, etc., nearby your location.

The Apple Watch has a built-in speaker to provide turn-by-turn directions so you can go wherever you want to. If you’re a developer, you can download the latest watchOS 2.2 beta 2 and try it out on your Apple Watch.

Apart from the new Maps update, watchOS 2.2 will also allow you to pair multiple Apple Watches to an iPhone. You’re going to need iOS 9.3 on the iPhone to be able to use this feature. This can be useful if you’re someone who likes to wear different watches for different occasions. The Watch that’s unlocked first and raised will automatically get synced to the connected iPhone. Switching between the watches is smooth and fast.

The Nearby feature is currently available in the following six countries; Australia, Canada, China, France, Germany, Netherlands, UK and the USA and requires iOS 9 or later. The feature is powered by Yelp.