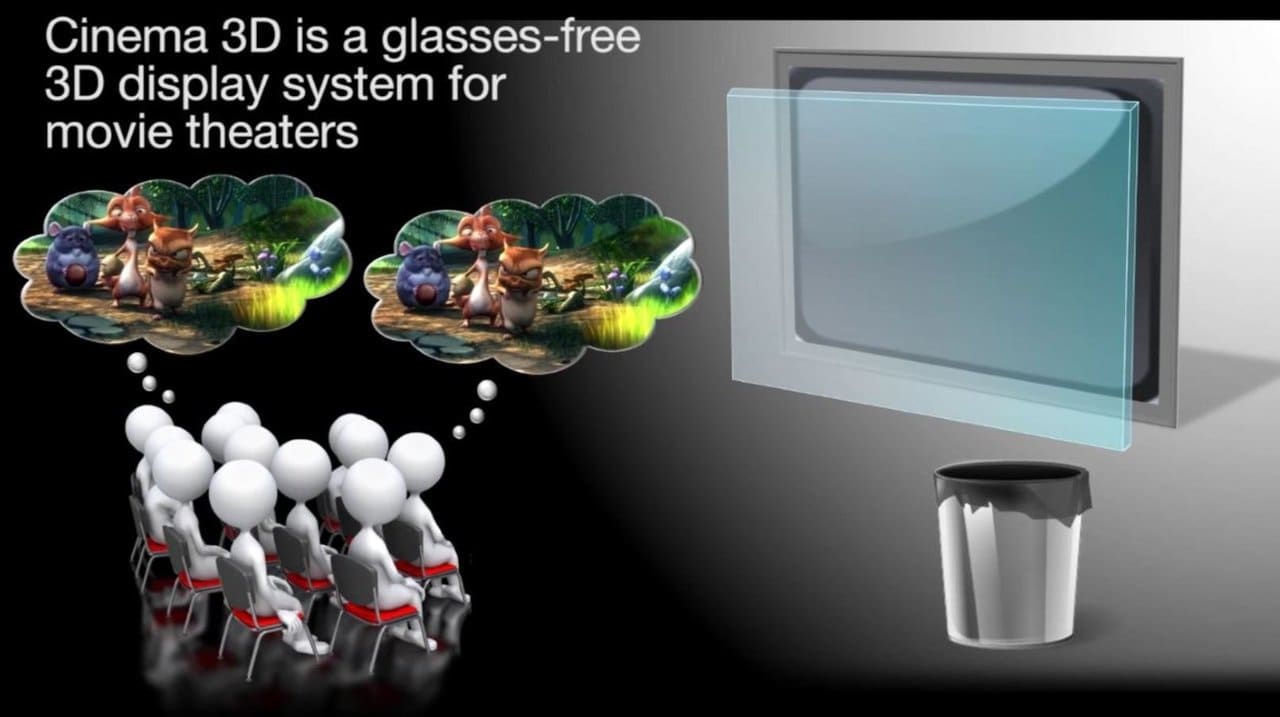 Researchers at MIT Computers Science and Artificial Intelligence Lab (CSAIL) and Israel’s Weizmann Institute of Science developed a prototype that highlights a new avenue for 3D movies, and it doesn’t require the use of those dark 3D glasses.

3D movies make the movie-watching experience that much more exciting. But behind every 3D experience, there are the goofy over-sized glasses that are uniformly disliked. This has been a requirement since the 3D technology  burst onto the scene.

While glasses-free 3D viewing already exists on TV, it does not yet scale to movie theaters. Creating the same parallax effect for all the viewers, whether they’re sitting close to the screen or at the back, has been a problem.

Researchers at MIT have recognized this problem and came up with a practical answer that offers a more convenient way of enjoying 3D movies.

Dubbed “Cinema 3D,” this is a display system for movie theatres to display 3D movies without forcing any extra eyewear on viewers.

According to MIT professor Wojciech Matusik, one of the co-authors on a related paper, this prototype brings a new approach and a more practical one:

“Existing approaches to glasses-free 3-D require screens whose resolution requirements are so enormous that they are completely impractical. This is the first technical approach that allows for glasses-free 3-D on a large scale.”

How the New Prototype Works

The key element of Cinema 3D is that people move their heads over a small range of angles, when watching 3D movies in a theater. This movement is limited to the width of their seat.

This means the images on the screen will be displayed in a narrow range to each seat in the theater. This is replicated to all seats in the theater by using a series of mirrors and lenses.

And the beauty of this is – resolution is not compromised. The team demonstrated that their approach allows viewers from different parts of an auditorium to see images of consistently high resolution.

While Cinema 3D prototype is only slightly larger than a pad of paper right now, it uses 50 sets of mirrors and lenses to achieve the 3D effect. It needs a far bigger system to make it work for 3D movies in a movie house, but in theory, researchers feel that it could work in a setting where 3D visuals are shown to several people at the same time.

“It remains to be seen whether the approach is financially feasible enough to scale up to a full-blown theater,” says Matusik. “But we are optimistic that this is an important next step in developing glasses-free 3-D for large spaces like movie theaters and auditoriums.”

This work was funded by the Israel Science Foundation and the European Research Council.

The system is not yet market-ready but researchers are confident that future versions of this technology will reach theaters where glasses-free viewing of 3D Movies will be possible.