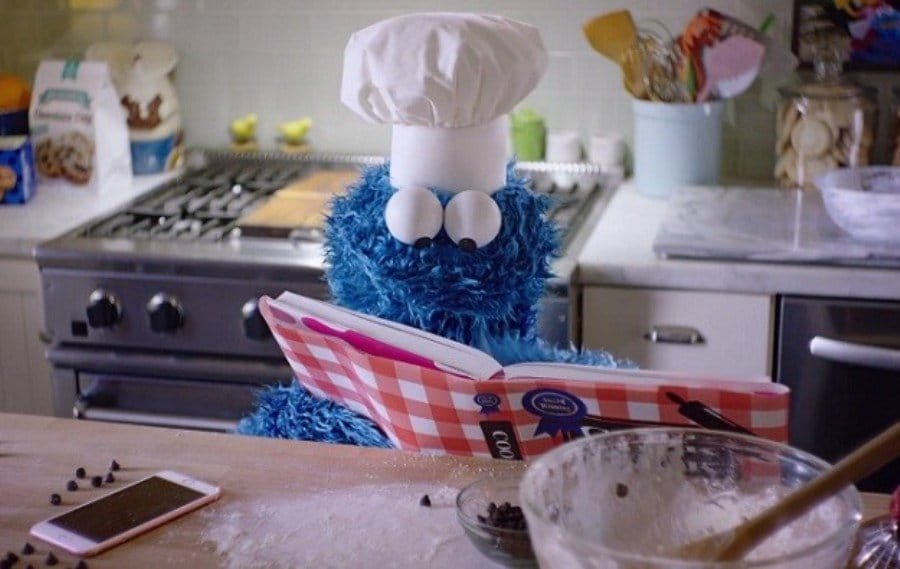 The new Apple ad for iPhone 6s has the special celebrity guest, the one and only Cookie Monster, using hands-free Siri, the intelligent personal assistant, to time the baking of his cookies.

As the time ticks down, the impatient blue monster keeps busy listening to music and trying all sorts of things as the cookies are baking.

Hands-free Siri is nothing new and it exists on all iPhones. But the updated Siri is more powerful and has improved in many ways.

What’s new with Apple’s latest handsets is the ability to say “Hey Siri” aloud without the phone being plugged in to power. You can now carry around your iPhone while talking to Siri. Both iPhone 6s and iPhone 6s Plus come with this feature.

This ad has the Cookie Monster instructing Siri and generally messing around the kitchen, while waiting for the cookies to be done. Siri follows all the instructions – sets the timer – plays music playlists – and seems to understand the Cookie Monster’s funny accent perfectly.

This is not the first commercial that showcases the new hands-free and “unplugged” Siri. The previous one came out last year; however that ad featuring film director Jon Favreau was more serious.

This new Apple iPhone 6s ad has the cuteness of a Cookie Monster that will make you smile.