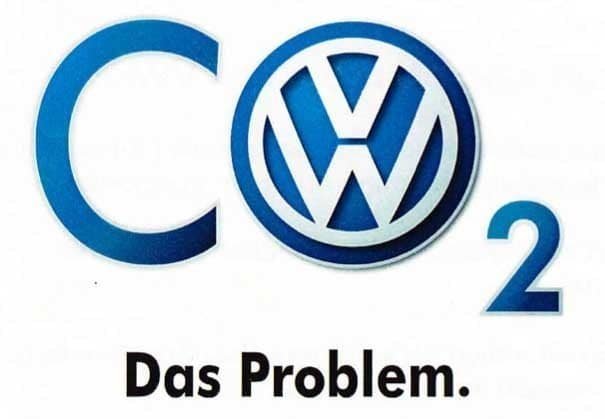 Volkswagen caught with pants down

In this technological driven era who would have thought that, a high-class brand such as Volkswagen would knowingly mastermind an important gadget to test the CO2 level of its popular branded vehicles. This scandal has rocked this stalwart to its core as its stock took a nosedive in trading losing 9.74 percent in a single day on the major stock exchange.
Volkswagen has made clear from the studies conducted by their own experts that around 800,000 automobile units have serious inconsistencies with mpg fuel economy and carbon dioxide emissions ratings. The initial understanding that only diesel cars were affected, but the Volkswagen group release in a statement that its petrol cars could also be involved in this groundbreaking disgrace.

The official statement released by the VW group acknowledged that irregularities were identified when determining type approval CO2 levels. Based on present knowledge around 800,000 vehicles from the Volkswagen Group could be affected in Europe and over 11 million worldwide. An initial estimate puts the economic risks at approximately two billion euros.

The United States Environmental Protection Agency (EPA) has stated that “defeat device software” is an apparatus used to reduce the emissions control in all newer model vehicles. With that said, Volkswagen was caught with its “proverbial pants down”, as it allegedly altered this defeat device multiple times thus rendering the software installed in several models ineffective.

The irregularities in carbon dioxide emissions levels identified in its diesel as well as petrol models has cost taxpayers millions of dollars in fuel consumption. The company’s spoke person stated that vehicles with 1.4 and 1.6 along with the 2.0 litre motors were tested and proved to be releasing more CO2 emissions than previously stated in standard testing. Customers have recently received notice of the models affected, which include the Audi, Skoda, VW and seat vehicles.

The company has set up a helpline for customer inquiries at this phone number 0800-333-666. However, the organization is telling its clients that the cars are still normal and safe for travelling, stating that this is only an emission problem that will not affect the overall performance of the automobile. Furthermore, the company will send a letter to registered owners to have the engine software fully restructured.
Additionally, there will not be a massive recall in Europe because these vehicles have met the stricter EU Standard with a passing grade, but precautionary measures will be taken into consideration for vehicles that are emitting a higher level of pollution, than the legal amount permitted by the UK regulatory body.

Volkswagen customers in the United States of America already have a class action lawsuit in place with the Leigh Day law firm. Mr. Boz Michelowska, at the Leigh Day Firm has indicated that lawsuits may also follow for UK customers as well. Through its spoke person, VW has finally owned up to its cheating ways by admitting that approximately 11 million vehicles distributed worldwide contains the “defeat devices” software.
Most importantly, Volkswagen along with many other organizations should learn a lesson from manipulating any equipment or devices, as this will cost the VW group a tidy sum to clean up the mess they created. What can I say a little cheating can go a very long way!