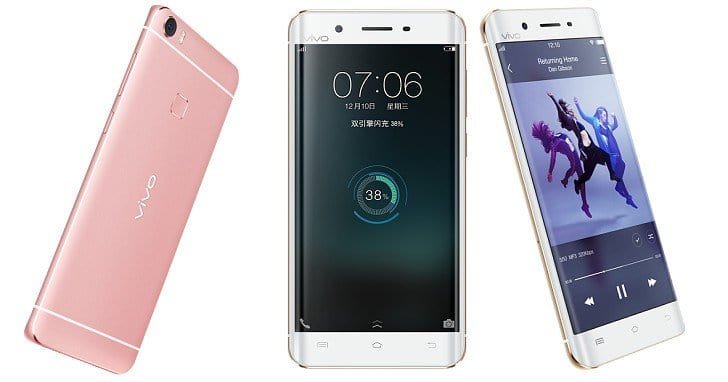 The Vivo Xplay 5 was announced in Beijing recently, and is the world’s first smartphone that comes with 6GB of RAM and a 5.4 inch curved display.

Rumors and reports of this monstrous smartphone have been floating around for a while, but now, it’s official. We’re not sure why you’d need 6GB of RAM on a smartphone, but more RAM is always better for multitasking and the sorts.

Vivo was also the first company to release a smartphone with a Quad HD display, but it wasn’t really that well known. Now, they’ve done it again, broken the barrier, with the all new Xplay 5.

It’s not just the 6GB RAM that impresses, the design, other hardware components and also the 5.43 inch Quad HD display, are all part of the equation. The phone is made from aluminum magnesium alloy and has curved edges on the sides, similar to the Samsung Galaxy S7 Edge.

There are two variants of the Xplay 5, with the top model getting the 6GB RAM and the latest Snapdragon 820 SoC. A slightly more affordable version, comes with 4GB RAM and Snapdragon 652 SoC. The other difference between the two variants is the Hi-Fi audio chipset. The top end version comes with two ES9028 SABRE Mobile DAC chips and three OPA1612 amplifiers, whereas the other version has CS4398 and AD45257 audio chips.

Both the variants feature 128GB of internal storage, a 16 megapixel f/2.0 Sony IMX298 rear camera and an 8 megapixel f/2.4 front camera. The rear camera features phase detection auto-focus, dual-tone LED flash and software OIS. There’s also a fingerprint sensor at the back of the device. The 128GB storage is UFS 2.0.

Vivo has included a 3600 mAh battery that features quick charging capability, but there’s no NFC or USB Type-C. The company also mentioned that the top end variant with the Snapdragon 820 SoC and 6GB RAM will also feature a liquid cooling system to keep the heat down.

The Xplay 5 will be first available in China, but should soon make it to other regions as well. The standard version with the 4GB RAM and Snapdragon 652 SoC is currently available for pre-order on the company website.

The Vivo Xplay 5 price has been set at around $565, for the standard version. The more powerful version with 6GB RAM and Snapdragon 820 SoC should be available soon for upwards of $600.