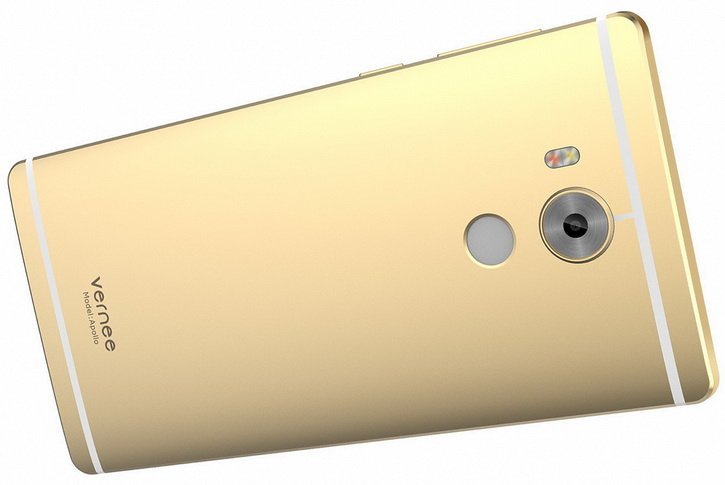 The Vernee Apollo is a brand new smartphone, and the second, to come with 6GB of RAM. It also features a MediaTek Helios X20 deca-core processor.

Earlier this month, the China-based smartphone manufacturer, Vernee, announced the new Apollo handset. Another smartphone, the Vivo Xplay 5 Elite, was the first to feature a whopping 6GB of RAM. Vernee has made sure that the Apollo includes the best hardware and looks very premium.

The Apollo has an all-metal design with a 5.5 inch QHD display that has a Force Touch screen. Yes, you read that right. You can probably perform iPhone 6s like 3D Touch gestures on the Vernee Apollo, without paying a premium price. We’re not really sure what else you can do with the Force Touch display.

Vernee has included the brand new MediaTek Helio X20 processor, which features a total of 10 cores in a ‘tri-cluster’. According to MediaTek, the new X20 processor is the first in the world to feature such a cluster. To be clearer, the three cluster arrangement features 2x Cortex-A72 cores at 2.5GHz, 4x Cortex-A53 cores at 2.0GHz and another 4x A53 cores at 1.4GHz. This helps in better power consumption, improved performance, and longer lasting battery.

Apart from that, the Apollo features a 21 megapixel rear camera from Sony and an 8 megapixel front shooter. It also comes with a USB Type-C port, 128GB of internal storage and Android 6.0.1 Marshmallow. Oh yes, there’s also a Fingerprint sensor at the back for security measures.

We’ve seen plenty of cheap yet powerful handsets come from China. The recently released Xiaomi Mi 5, the Vivo Xplay 5 Elite, OnePlus 2, and several others. Therefore, it’s crucial that Vernee prices this beast of a smartphone within the price bracket all the other local smartphones.

The Vernee Apollo price is set at $399 and will be available for purchase in April, exact date hasn’t been revealed yet. It remains to be seen if all that RAM and the deca-core processor can truly make an impact. There’s no word if the device will remain China only or available off-shore.